In the present review we have attempted to assess the involvement of the organic anion transporters OAT1, OAT2, OAT3, and OAT4, belonging to the SLC22 family of polyspecific carriers, in drug-induced renal damage in humans. We have focused on drugs with widely recognized nephrotoxic potential, which have previously been reported to interact with OAT family members, and whose underlying pathogenic mechanism suggests the participation of tubular transport. Thus, only compounds generally believed to cause kidney injury either by means of direct tubular toxicity or crystal nephropathy have been considered. For each drug, or class of agents, the evidence for actual transport mediated by individual OATs under in vivo conditions is discussed. We have then examined their role in the context of other carriers present in the renal proximal tubule sharing certain substrates with OATs, as these are critical determinants of the overall contribution of OAT-dependent transport to intracellular accumulation and transepithelial drug secretion, and thus the impact it may have in drug-induced nephrotoxicity. View Full-Text
Keywords: drug-induced nephrotoxicity; tubular cell toxicity; nephrolithiasis; OAT1; OAT2; OAT3; OAT4 drug-induced nephrotoxicity; tubular cell toxicity; nephrolithiasis; OAT1; OAT2; OAT3; OAT4
►▼ Show Figures 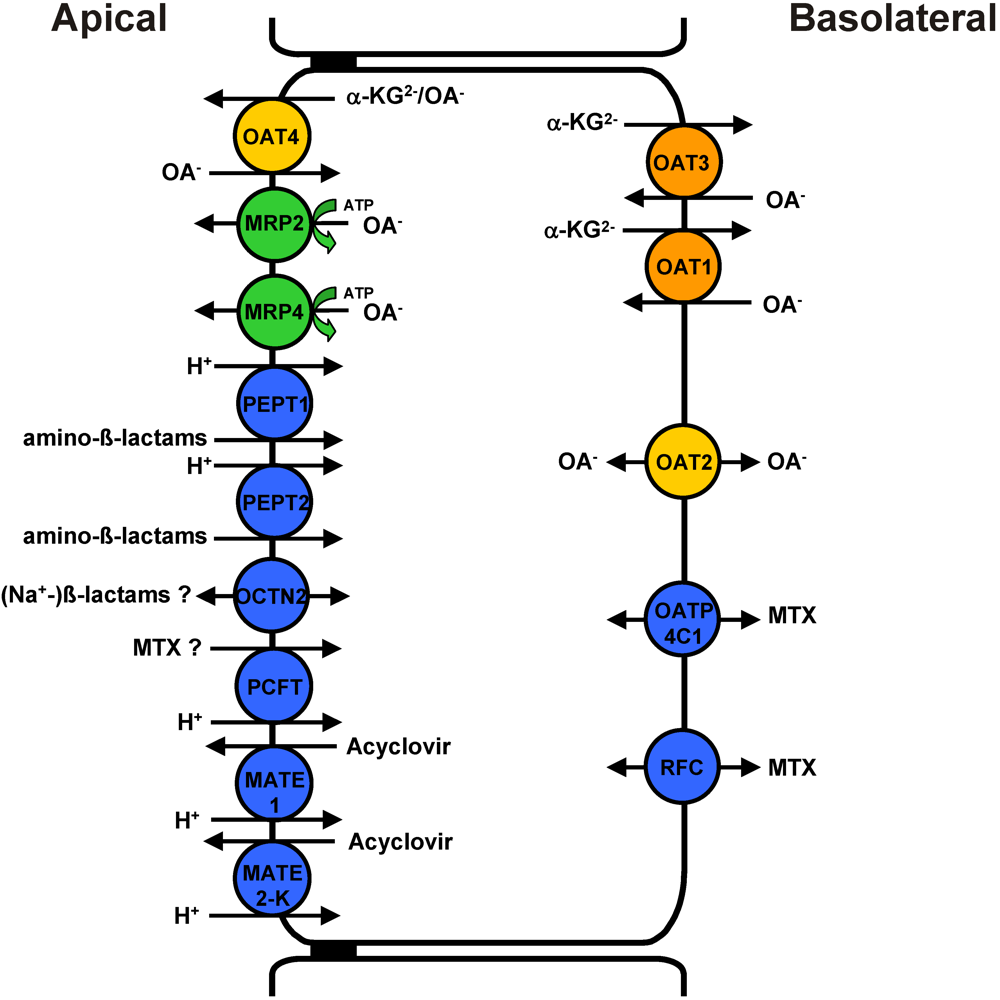