Aflatoxin contamination has been causing great concern worldwide due to the major economic impact on crop production and their toxicological effects to human and animals. Contamination can occur in the field, during transportation, and also in storage. Post-harvest contamination usually derives from the pre-harvest infection of aflatoxigenic molds, especially aflatoxin-producing Aspergilli such as Aspergillus flavus and A. parasiticus. Many strategies preventing aflatoxigenic molds from entering food and feed chains have been reported, among which biological control is becoming one of the most praised strategies. The objective of this article is to review the biocontrol strategy for inhibiting the growth of and aflatoxin production by aflatoxigenic fungi. This review focuses on comparing inhibitory behaviors of different antagonistic microorganisms including various bacteria, fungi and yeasts. We also reviewed the bioactive compounds produced by microorganisms and the mechanisms leading to inhibition. The key factors influencing antifungal activities of antagonists are also discussed in this review. View Full-Text
Keywords: aflatoxin; biocontrol strategy; Aspergillus; prevention aflatoxin; biocontrol strategy; Aspergillus; prevention
►▼ Show Figures 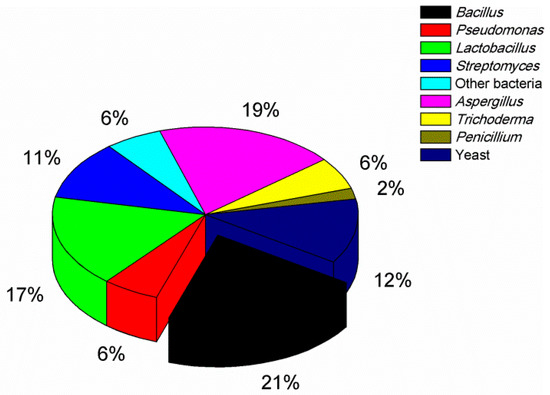