M. Mercedes Gordillo
Laboratory for the Quality Control of Fishery Resources, Agency for the Management of Agriculture and Fisheries of Andalusia, Ministry for Agriculture, Fisheries and Rural Development, Regional Government of Andalusia, 21459 Andalusia, Spain
*
Author to whom correspondence should be addressed.
Toxins 2019, 11(4), 189; https://doi.org/10.3390/toxins11040189
Received: 13 November 2018 / Revised: 22 March 2019 / Accepted: 26 March 2019 / Published: 29 March 2019
(This article belongs to the Special Issue Dinophysis Toxins: Distribution, Fate in Shellfish and Impacts)

In Andalusia, the official monitoring program for toxic phytoplankton and marine biotoxins was launched in 1994 to comply with European legislation. Since then, there have been numerous episodes of DST (Diarrhetic shellfish toxins) associated with the proliferation of Dinophysis species. This article reviews two decades of time series data and assesses the effectiveness of the program established. The testing of lipophilic toxins and toxic phytoplankton is based on official methods harmonized and accredited since 2007 according to the standard UNE-EN-ISO 17025. The major species of Dinophysis identified were D. acuminata complex, D. caudata, D. acuta and D. fortii, with the main growth season being from early spring until the end of autumn. Both D. acuminata complex and D. acuta have been clearly associated with toxicity in molluscs. Despite the complexity of data obtained through monitoring programs, it is possible to provide early warning of potential health risks for most situations. This is the first report of Dinophysis species and their relation to DST events in a time series from Andalusia. View Full-Text
Keywords: Dinophysis; Diarrhetic shellfish toxins; marine biotoxins; blooms Dinophysis; Diarrhetic shellfish toxins; marine biotoxins; blooms
►▼ Show Figures 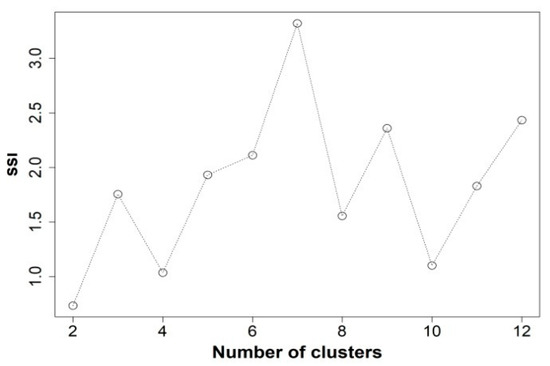