Activities, Participation and Quality of Life Concepts in Children and Adolescents with Celiac Disease: A Scoping Review
Next Article in Special Issue

Salt Use Behaviours of Ghanaians and South Africans: A Comparative Study of Knowledge, Attitudes and Practices
Previous Article in Journal

Previous research has shown daily salt intakes in Turkey to be far above the recommended limits. Knowing the sources of dietary salt could form a basis for preventive strategies aimed towards salt reduction. This study aimed to investigate dietary sources of salt in Turkey. A sub-group (n = 657) was selected from the PatenT2 study population, which represented the urban and rural areas of 4 major cities (Ankara, Istanbul, Izmir, and Konya). A questionnaire inquiring about sociodemographic characteristics, medical histories, detailed histories of diet, and salt consumption was completed. Participants were asked to collect a 24-h urine sample and to record their food intake (dietary recall) on the same day. Of 925 participants selected, 657 (71%) provided accurate 24-h urine collections, based on creatinine excretion data. The mean daily 24-h urinary sodium excretion was 252.0 ± 92.2 mmol/day, equal to daily salt intake of 14.8 ± 5.4 g. Of the 657 participants with accurate 24-h urine collections, 464 (70%) provided fully completed dietary recalls. Among these 464 participants, there was a significant difference between the 24-h urinary sodium excretion-based salt intake estimation (14.5 ± 5.1 g/day) and the dietary recall-based salt intake estimation (12.0 ± 7.0 g/day) (p < 0.001). On the other hand, a positive correlation was obtained between the dietary recall-based daily salt intake and 24-h urinary sodium excretion-based daily salt intake (r = 0.277, p < 0.001). Bread was the main source of salt (34%) followed by salt added during cooking and preparing food before serving (30%), salt from various processed foods (21%), and salt added at the table during food consumption (11%). Conclusively, this study confirmed a very high salt intake of the adult population in four major cities in Turkey. The present findings support the emerging salt reduction strategy in Turkey by promoting lower salt content in baked bread, and less salt use in habitual food preparation and during food consumption in the home.
Keywords: blood pressure; epidemiology; hypertension; salt intake; urinary sodium; dietary sodium blood pressure; epidemiology; hypertension; salt intake; urinary sodium; dietary sodium

The relationship between hypertension and dietary salt is well known, and has been documented in experimental, observational, and clinical studies [1,2,3,4]. It is also known that the amount of daily salt consumption is above the recommended limits in many countries [2,5]. Strategies focusing on decreasing dietary salt would decrease the prevalence of hypertension and the incidence of cardiovascular events [2,6]. In Finland and the United Kingdom, population-level reductions in salt intake have been associated with declines in rates of cardiovascular diseases [7,8]. A recent modelling study of preventable risk factors for coronary heart disease (CHD) in Turkey reported that dietary changes (i.e., less saturated fat, less salt and higher fruit/vegetable consumption) can make the greatest contribution in reducing the CHD burden, with salt reduction alone saving 17,000 lives/year and 28,000 lives/year by 2025 at salt intake levels of 10 g and 5 g per day, respectively [9]. In light of these data, determining the sources of dietary salt by examining eating habits of societies and raising awareness on this issue appear to be an important preventive measure for cardiovascular diseases. In developed countries, salt-restriction strategies are being established by revealing the main sources of dietary salt. Unfortunately, studies on the sources of dietary salt are limited in number in low- and middle-income countries with high burdens of hypertension and cardiovascular diseases. In Turkey, which is an upper-middle income country, cardiovascular risk is high and hypertension is prevalent. In a previous study, we showed that daily salt intake in Turkey was too high (18.01 g/day) [10]. The present study aimed to investigate dietary sources of such high salt consumption in Turkey, as knowing the sources of dietary salt will form the basis for preventive strategies aimed towards salt reduction.

This study was conducted on a sub-group selected from the population of the PatenT2 study [11] in 2012, which was representative of Turkey and conducted to determine the rates of prevalence, awareness, and control of hypertension in adults. The exclusion criteria for this study were as follows: being pregnant, using diuretics, fasting for the last 24 h before enrollment, and having cardiac failure, renal failure, chronic liver disease, or diabetes mellitus. The present study was designed to represent the adult population in the urban and rural areas of four major cities (Ankara, Istanbul, Izmir, and Konya). These four cities account for 1/3 of the country’s population, have a population distribution across urban and rural areas similar to that of country, and have a variety of dietary habits.
Sociodemographic characteristics and medical histories of all participants, as well as detailed records and histories of diet (content and amount) and salt consumption, were recorded via a questionnaire and a detailed face-to-face interview. A 24-h urine sample was collected from all participants within the period of February–March 2012 for the analysis of sodium, potassium, urea, and creatinine levels. An explanatory leaflet, along with the necessary equipment, was given to all participants, and they were instructed carefully about the method of urine collection. Beginning from the first urine sample of the day (in the morning), urine was collected over 24 h and was transferred into the urine container. Participants were instructed to keep urine samples in a cool and dark place. At the end of the collection period, healthcare workers measured the urine volume. The urine samples were then placed into cooler bags (4 °C) (Igloo Products Corporation, Katy, TX, USA) and within 24 h, they were sent to the central laboratory, where analyses were performed immediately. Participants who had 24-h urinary creatinine excretion within the predetermined limits of 10–30 mg/kg [12] were included in the analysis. Daily salt intake was estimated based on calculation of 24-h urinary sodium excretion on the assumption that all sodium ingested was in the form of sodium chloride. Salt intake was calculated using the equation of 1 g salt = 17.1 mmol of sodium in 24-h urine.
Each participant was instructed to record his/her food intake in detail (dietary recall) on the day (any day in a week) that he/she collected the 24-h urine sample. On the next day, the interviewers, who were trained for this study, visited the participants’ houses to collect the 24-h urine samples, checked the diet recalls, asked the participants to complete any omissions, and clarified any details as required. Thereafter, they questioned the participants about how many times and how much they eat a day; the amount of salt and tomato paste (which includes significant salt and is used in almost all home-made foods in Turkey) added during the meal preparation; and were also asked as to the household member preparing the meals. The accuracy of the forms tried to be achieved by a double check in the study. After the interviewers checked the forms, they marked some forms as inaccurate. Then, the researchers evaluated the dietary recall forms of the participants without knowing the interviewers’ interpretation. The researchers controlled whether the forms were adequately completed or not and they also marked some forms as inaccurate. Then, in the final check, all forms marked as inaccurate by the interviewers or researchers were excluded from the analysis.
In order to determine the amount of salt added during food consumption, a pre-estimation method was derived by the researchers. In this estimation, 12 different saltshakers were used, and the number and size of holes of each saltshaker were measured. These saltshakers were given to 12 individuals, and they were asked to add a sprinkle of salt using their saltshakers as they always do while eating. The amount of salt sprinkled on from each saltshaker was then measured in grams. The average amount of salt was calculated and this was accepted as the amount of salt consumed when a participant adds salt once during the meal. All participants reported how many times they added salt to each meal and the amount of salt consumed was calculated according to these estimates. All participants were also asked to record how much bread they ate (number and size of slices) and the amount of salt consumed from bread was calculated according to the estimation by Akpolat et al. [13]. The amount (grams per serving) of food eaten was coded from the Food and Nutrition Photograph Catalog [14]. The group of each food item recorded in the dietary recall of the participants was identified and, accordingly, the salt content of each food was estimated in grams per 100 g of food using the United States Department of Agriculture National Nutrient Database [15].

All statistical analyses were performed using the Predictive Analytics Software (PASW 18.00; SPSS Inc., Chicago, IL, USA). In the comparison of normally distributed numeric and categorical variables, Student’s t-test and chi-square test were used, respectively. The correlation analysis for the relationship between the salt intake calculated by 24-h urinary sodium and the salt intake estimated by dietary recall was performed using Spearman’s rho test. The Bland-Altman method was also used to assess the agreement between salt intake calculated from the dietary recall and 24-h urine measurement [16]. All tests were evaluated at 5% type-I error level to infer statistical significance.

In conclusion, mean adult daily salt consumption is far above recommendations in Turkish cities, as it is in many regions of the world. Moreover, relatively high bread consumption and the corresponding high salt intake in Turkey were remarkable outcomes of the present study. Each country needs to plan and take strategical measures appropriate for their own eating habits. For this purpose, health authorities, legislators, and food producers should collaborate and develop models appropriate for their countries. The findings of this study of the main sources of dietary salt will help further developments of salt reduction strategies in Turkey.

The study was funded by the Turkish Society of Hypertension and Renal Diseases. The funding sponsor has no role in the design of the study; in the collection, analyses or interpretation of data; in the writing of the manuscript, or in the decision to publish the results. The field study, training, and control of the field healthcare workers, transportation of the samples to laboratory and data collection were carried out by OMEGA Contract Research Organization in Turkey. The epidemiologist Mutlu Hayran, MD, PhD, made a substantial contribution to the statistical analyses of the whole data set. The laboratory studies were carried out by Duzen Laboratories Group, Biological Sciences Research, Development and Production Inc. in Turkey. 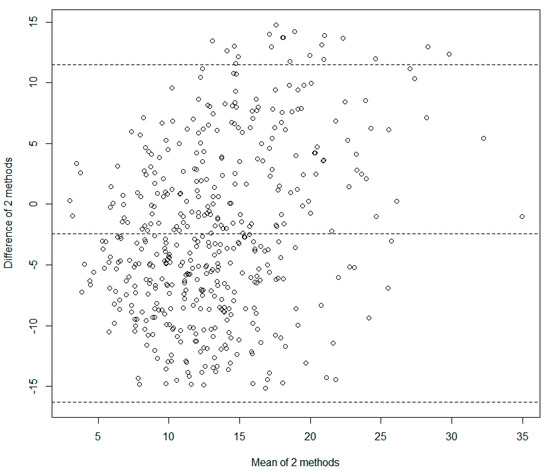