Effect of Probiotics on Metabolic Outcomes in Pregnant Women with Gestational Diabetes: A Systematic Review and Meta-Analysis of Randomized Controlled Trials

Characterization and Interrelations of One-Carbon Metabolites in Tissues, Erythrocytes, and Plasma in Mice with Dietary Induced Folate Deficiency 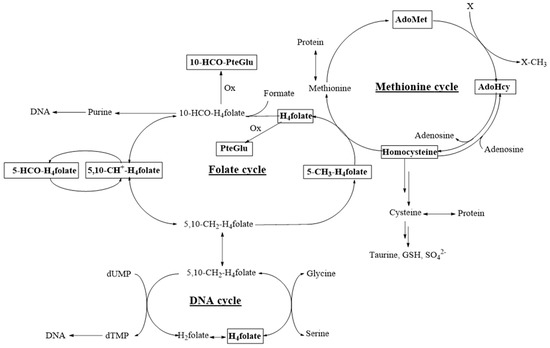