The Effect of Changing Serum 25-Hydroxyvitamin D Concentrations on Metabolic Syndrome: A Longitudinal Analysis of Participants of a Preventive Health Program

The Pure North S’Energy Foundation (PN) in Calgary, Alberta, Canada, is a not-for-profit organization that offers a preventive health program [25,26]. The program was launched in October 2007 with an initial focus on employees on remote sites in Northern Alberta, Canada, but was soon after opened to their spouses and to volunteer participants from across the province. In more recent years, the program broadened their focus to elderly and homeless populations. Participation was voluntary and free of charge. The program employs health professionals who provide informed lifestyle counseling. At enrollment, participants complete a lifestyle questionnaire, have a medical history and biometric measurements taken (height, weight, waist circumference, blood pressure) and have blood drawn for the assessment of serum 25(OH)D and various other biomarkers. The collected information serves the purpose of informing the health professionals as a basis for the lifestyle counseling. This counseling includes customized recommendations on diet, physical activity, sleep and stress management. Dietary supplementation is often encouraged and vitamin D supplementation in particular given Canada’s Northern latitude, limited sunlight and limited cutaneous synthesis of vitamin D. The program has used serum 25(OH)D concentrations of 120 nmol/L [27] as a basis for their recommendations for vitamin D supplementation, though their recommendations have changed over time and tailored to the specific preferences and needs of the participants. Follow up visits for health assessments and lifestyle counseling are scheduled annually. The primary objective of the PN program is lifestyle counseling and disease prevention rather than scientific research. However, the PN does make their collected data available, in anonymized form, to the University of Alberta to allow for secondary data analysis. For that purpose, participants signed and granted written informed consent to allow their relevant information to be used for secondary data analysis. The ethical approval for the use of the PN data for research and scientific reporting was granted by the Human Research Ethics Board of the University of Alberta.
The present analysis considered 7579 study participants who enrolled the program between 2007 and 2014, and who had at least one follow up visit in addition to their baseline assessment. We excluded 235 participants who fasted less than 8 h before blood samples were drawn. We also excluded 662 participants whose information was incomplete and metabolic syndrome could not be identified. As such, our analyses were conducted on a sample of 6682 participants including 3526 women and 3156 men.

2.2. Measurements for Serum 25(OH)D and Other Biomarkers

Participants were instructed to fast at least 8 h prior to having their blood samples drawn [26]. Serum 25(OH)D concentrations were measured by the Diasorin Liaison Direct using chemiluminescence immunoassay on an automated platform, and results were expressed as nanomoles per liter (nmol/L). Coefficient of variation (CV) of inter-assay for 25(OH)D measurements was 11%. Measurements for serum concentrations of triglycerides, HDL cholesterol, and fasting glucose were performed by automated Roche Cobas 8000 Modular Analyzer Series, and results were all expressed as millimoles per liter (mmol/L). The CV of inter-assay was 2% for triglycerides; 2% for HDL cholesterol; 1% for fasting glucose. Serum insulin concentrations were measured by the Abbott Architect Insulin on an automated immunoassay analyzer, and results were expressed as picomoles per liter (pmol/L) that were later divided by the constant of 6.945 to be converted into micro international units per milliliter (µIU/mL). The CV of inter-assay for insulin was 3%.

To identify metabolic syndrome we used the harmonized criteria [2] proposed and approved in 2009 by organizations such as the National Heart, Lung, and Blood Institute, the American Heart Association Science Advisory and Coordinating Committee, the International Diabetes Federation Task Force on Epidemiology and Prevention, among others. According to these criteria, metabolic syndrome is present if any three or more of the following conditions were met: (a) abdominal obesity, waist circumference ≥102 cm for men and ≥88 cm for women; (b) elevated blood pressure, ≥130/85 mmHg, or self-report of antihypertensive medications taken; (c) elevated serum triglycerides concentration, ≥1.7 mmol/L, or self-report of treatment for lipid profile; (d) elevated serum fasting glucose concentration, ≥5.6 mmol/L, or a diabetes status identified by either a self-reported history of diabetes, or medication taken for diabetes; (e) decreased serum HDL cholesterol concentration, <1.03 mmol/L for men and <1.30 mmol/L for women.

2.4. Assessment for Other Variables

We obtained the following information on confounding variables from questionnaires completed by the participants: age, sex, season when blood samples were drawn, smoking habits (categorized as never smoker, past smoker, and current smoker), alcohol consumption (non-drinker, drinker) and physical activity. Missing values for smoking, alcohol use, and physical activity were considered as missing categories in the regression analyses. Height and weight were measured at each visit and body mass index (BMI) was computed as weight in kilograms divided by square of height in meters (kg/m2). We further calculated the homeostatic model assessment for insulin resistance (HOMA-IR) according to the following equation [28]: HOMA-IR = (FI × FG)/22.5 in which FI denotes fasting serum insulin concentrations (in µIU/mL) and FG fasting serum glucose concentrations (in mmol/L).

Baseline serum 25(OH)D concentrations were considered as the following categories: “less than 50”, “50 to less than 75”, “75 to less than 100”, “100 to less than 125”, and “125 or more” nmol/L. In the present study we considered the group with serum levels of “less than 50 nmol/L” as the referent group since 50 nmol/L is the minimum desirable level recommended by the Institute of Medicine [29]. Changes in serum 25(OH)D concentrations were calculated by subtracting the baseline concentration from the follow up concentrations, and were annualized by dividing it by the time (in years) between the baseline and follow up visit. These annualized changes were considered as the following categories: “No improvement” (for values of 0 or less), “Increase of less than 25”, “Increase of 25 to less than 50”, “Increase of 50 to less than 75”, and “Increase of 75 or more” nmol/L.
As descriptive statistics we present baseline and follow up values for metabolic syndrome and its five components, serum 25(OH)D concentrations, and potential confounders. As various participants had more than one follow up visit, we used the most recent follow up visit when presenting the descriptive statistics. However, we used all follow up information in all subsequent analyses. We applied logistic regression to quantify the relation of baseline 25(OH)D and changes in 25(OH)D with the presence of metabolic syndrome at follow up. These regression analyses were adjusted for sex, age, season when blood samples were drawn, smoking status, drinking status, physical activity level at baseline, physical activity changes during follow up, and the presence of metabolic syndrome at baseline. These logistic regression analyses were executed using generalized estimating equations methods to accommodate the fact that some participants had more than one follow up visit. In subsequent analyses we further adjusted these analyses for body mass index and insulin sensitivity at baseline. The above analyses were conducted for the population of 6682 participants who had at least one follow up visit, as well as for the subgroups of participants that had no metabolic syndrome at baseline, and had no metabolic syndrome and were not taking vitamin D supplementation at baseline. These latter “clean sample analyses” may be particularly relevant to primary prevention of metabolic syndrome. All statistical analyses were performed using SAS 9.4 (SAS Institute Inc., Cary, NC, USA). All statistical tests were two-sided and the level of statistical significance was at 0.05. 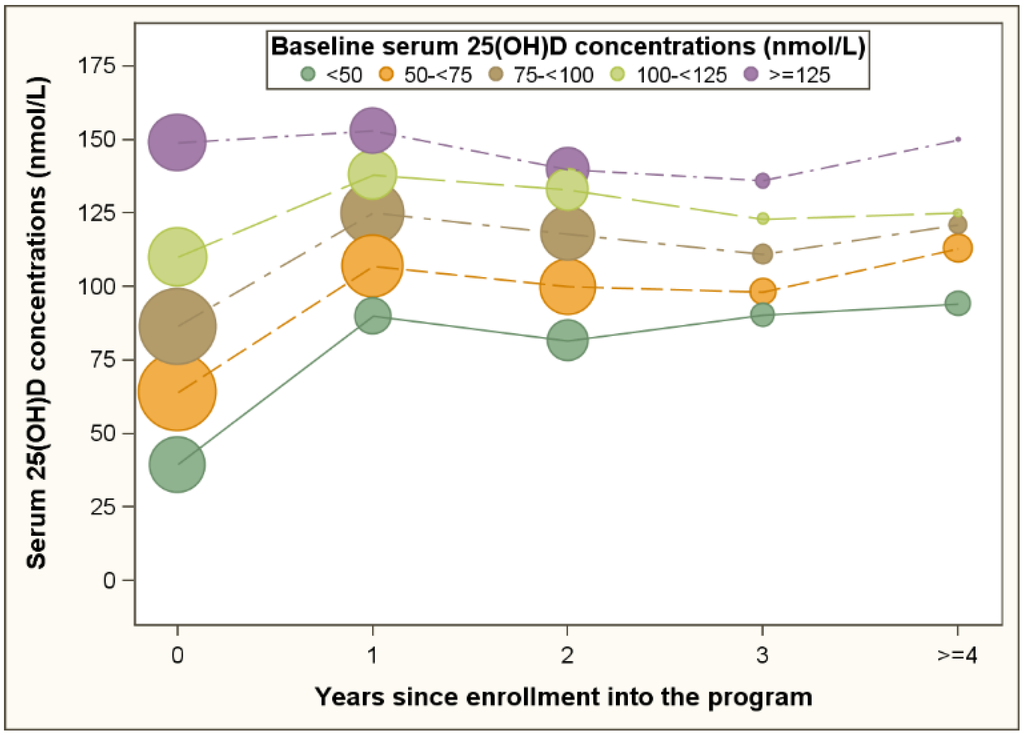 Table 3. Risk for metabolic syndrome at follow up among participants without metabolic syndrome at baseline.
25(OH)D, 25-hydroxyvitamin D; OR (95% CI), odds ratio with 95% confidence interval; # visits, numbers of follow up visits; nmol/L, nanomoles per liter. a The analysis are adjusted for the variables included in the table, and additionally for gender, baseline age, season at baseline, season at follow up, tobacco smoking status, alcohol drinking status, and physical activity at baseline, physical activity change during follow up.

The authors wish to thank the Pure North S’Energy Foundation for allowing their data to be analyzed for the purpose of this article. They especially wish to thank Peter Tran and Ken Fyie for management and validation of the Foundation’s data. P.J.V. holds a Canada Research Chair in Population Health, an Alberta Research Chair in Nutrition and Disease Prevention, and an Alberta Innovates Health Scholarship. The funding for the Canada Research Chair is provided through the Canadian Institutes for Health Research to the University of Alberta. The Alberta Research Chair is awarded by the School of Public Health at the University of Alberta through a thematic research contract with the Pure North S’Energy Foundation. The Health Scholarship is funded by the Alberta provincial government through Alberta Innovates Health Solutions.