Magnesium is an essential nutrient for muscle, cardiovascular, and bone health on Earth, and during space flight. We sought to evaluate magnesium status in 43 astronauts (34 male, 9 female; 47 ± 5 years old, mean ± SD) before, during, and after 4–6-month space missions. We also studied individuals participating in a ground analog of space flight (head-down-tilt bed rest; n = 27 (17 male, 10 female), 35 ± 7 years old). We evaluated serum concentration and 24-h urinary excretion of magnesium, along with estimates of tissue magnesium status from sublingual cells. Serum magnesium increased late in flight, while urinary magnesium excretion was higher over the course of 180-day space missions. Urinary magnesium increased during flight but decreased significantly at landing. Neither serum nor urinary magnesium changed during bed rest. For flight and bed rest, significant correlations existed between the area under the curve of serum and urinary magnesium and the change in total body bone mineral content. Tissue magnesium concentration was unchanged after flight and bed rest. Increased excretion of magnesium is likely partially from bone and partially from diet, but importantly, it does not come at the expense of muscle tissue stores. While further study is needed to better understand the implications of these findings for longer space exploration missions, magnesium homeostasis and tissue status seem well maintained during 4–6-month space missions. View Full-Text
Keywords: microgravity; bone; tissue magnesium; bed rest microgravity; bone; tissue magnesium; bed rest
►▼ Show Figures 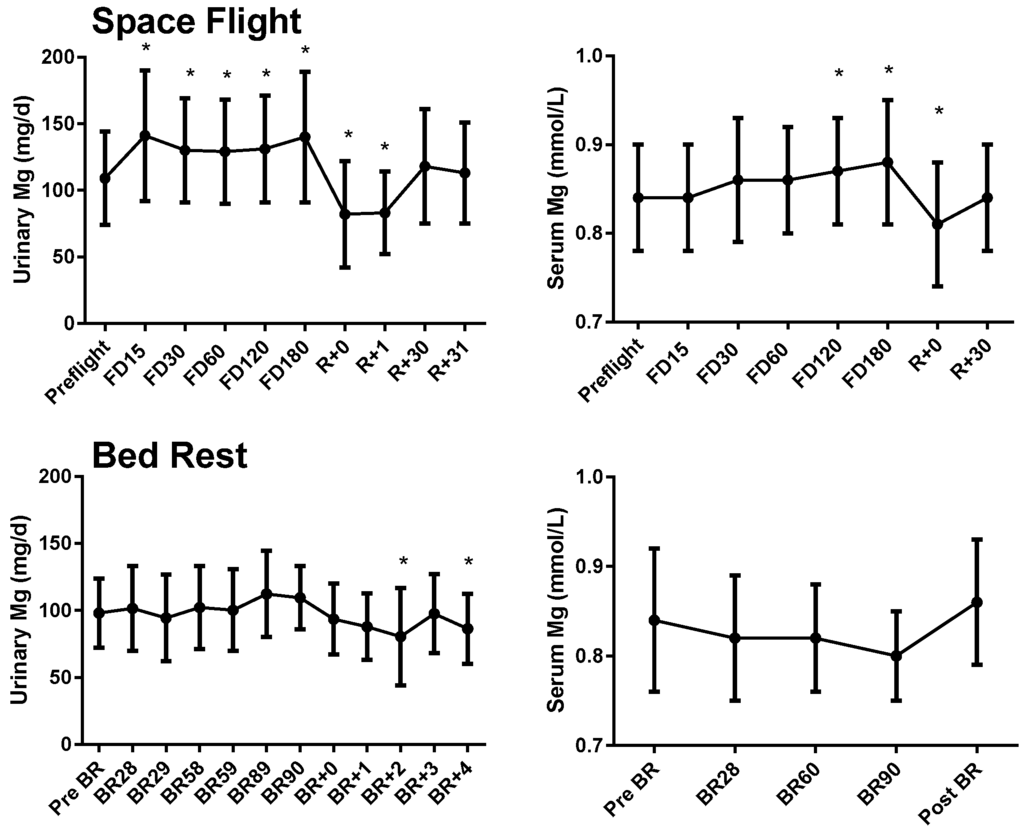