Hepcidin is a key hormone that induces the degradation of ferroportin (FPN), a protein that exports iron from reticuloendothelial macrophages and enterocytes. The aim of the present study was to experimentally evaluate if the obesity induced by a high-fat diet (HFD) modifies the expression of FPN in macrophages and enterocytes, thus altering the iron bioavailability. In order to directly examine changes associated with iron metabolism in vivo, C57BL/6J mice were fed either a control or a HFD. Serum leptin levels were evaluated. The hepcidin, divalent metal transporter-1 (DMT1), FPN and ferritin genes were analyzed by real-time polymerase chain reaction. The amount of iron present in both the liver and spleen was determined by flame atomic absorption spectrometry. Ferroportin localization within reticuloendothelial macrophages was observed by immunofluorescence microscopy. Obese animals were found to exhibit increased hepcidin gene expression, while iron accumulated in the spleen and liver. They also exhibited changes in the sublocation of splenic cellular FPN and a reduction in the FPN expression in the liver and the spleen, while no changes were observed in enterocytes. Possible explanations for the increased hepcidin expression observed in HFD animals may include: increased leptin levels, the liver iron accumulation or endoplasmic reticulum (ER) stress. Together, the results indicated that obesity promotes changes in iron bioavailability, since it altered the iron recycling function. View Full-Text
Keywords: hepcidin; ferroportin; ER stress; obesity; iron; bioavailability hepcidin; ferroportin; ER stress; obesity; iron; bioavailability
►▼ Show Figures 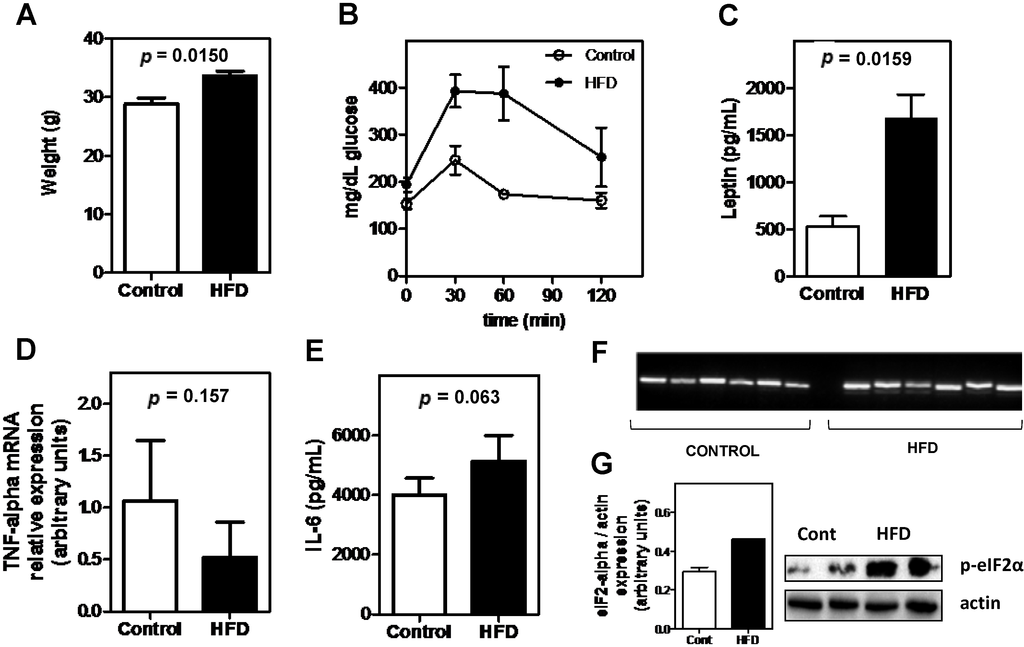