There has been an increased interest in the role of vitamin D in depression; however, there have been few studies conducted in younger population groups. Our aim was to investigate the association between vitamin D status and depressive symptoms in a non-clinical young adult sample living in Dunedin, New Zealand. A cross-sectional sample of 615 young adults completed a questionnaire including demographics and the Centre for Epidemiological Studies Depression Scale (CES-D). Height, weight and a blood sample for 25-hydroxyvitamin D [25(OH)D] was obtained. Serum 25(OH)D was used to predict depression scores, adjusting for potential confounders including time spent outdoors for 13 consecutive days, BMI, age, sex and ethnicity. Prevalence of low vitamin D was high even in this age group, and serum 25(OH)D was negatively associated with depression symptoms before and after adjustment. When investigating the relationship between the presence versus absence of depressive symptoms and quartiles of 25(OH)D, participants in the lowest quartile were more likely to report depressive symptoms compared with those in the highest quartile. Although our findings suggest that vitamin D is a predictor of depression symptomatology, even when controlling for time spent outdoors, a randomised controlled trial in this young adult target group is needed to confirm the association. View Full-Text
Keywords: vitamin D; depression; young adult; daily diary studies; vitamin D deficiency vitamin D; depression; young adult; daily diary studies; vitamin D deficiency
►▼ Show Figures 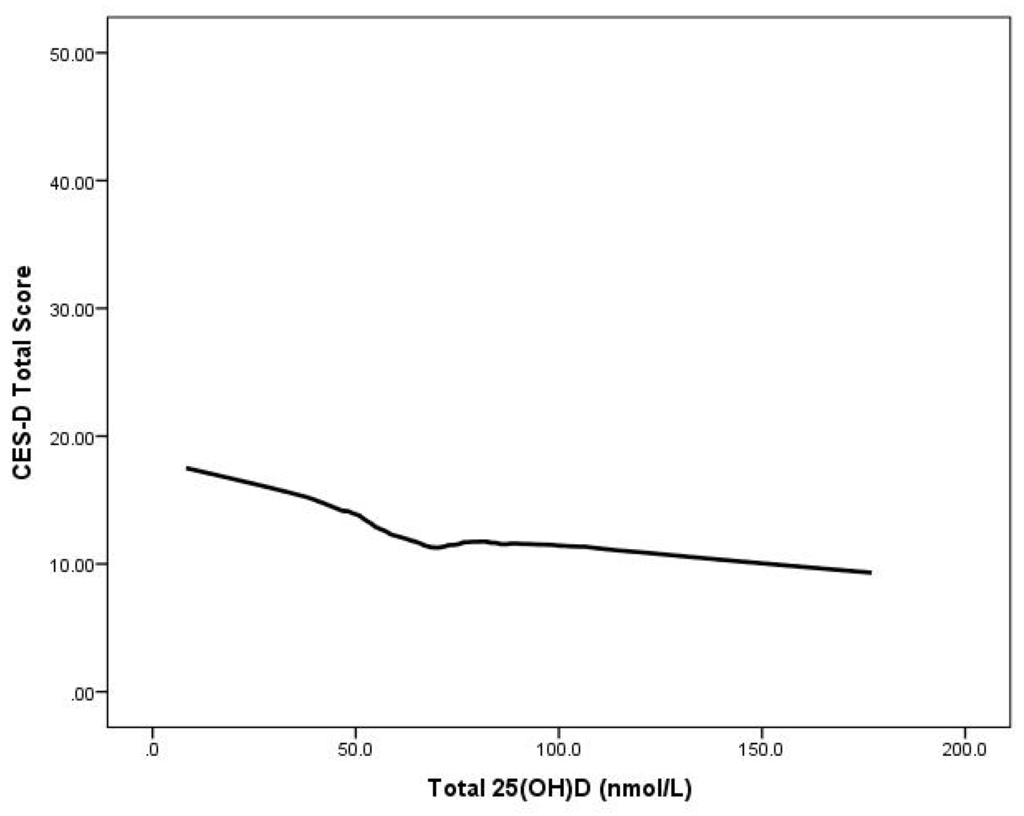