Amino acid profile is a key aspect of human milk (HM) protein quality. We report a systematic review of total amino acid (TAA) and free amino acid (FAA) profiles, in term and preterm HM derived from 13 and 19 countries, respectively. Of the 83 studies that were critically reviewed, 26 studies with 3774 subjects were summarized for TAA profiles, while 22 studies with 4747 subjects were reviewed for FAA. Effects of gestational age, lactation stage, and geographical region were analyzed by Analysis of Variance. Data on total nitrogen (TN) and TAA composition revealed general inter-study consistency, whereas FAA concentrations varied among studies. TN and all TAA declined in the first two months of lactation and then remained relatively unchanged. In contrast, the FAA glutamic acid and glutamine increased, peaked around three to six months, and then declined. Some significant differences were observed for TAA and FAA, based on gestational age and region. Most regional TAA and FAA data were derived from Asia and Europe, while information from Africa was scant. This systematic review represents a useful evaluation of the amino acid composition of human milk, which is valuable for the assessment of protein quality of breast milk substitutes. View Full-Text
Keywords: protein; non-protein nitrogen; breast milk; infant nutrition protein; non-protein nitrogen; breast milk; infant nutrition
►▼ Show Figures 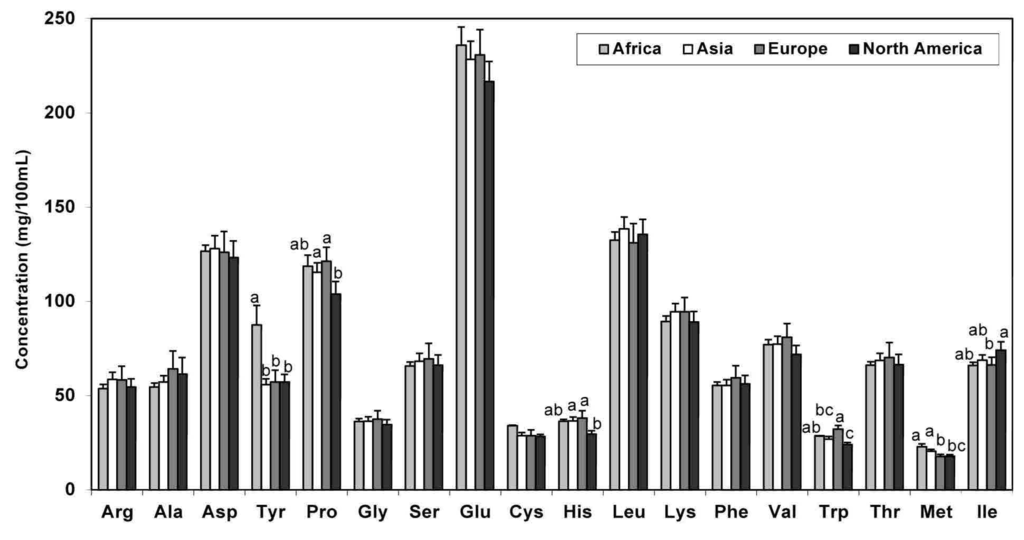