The Nutrition Transition in Africa: Can It Be Steered into a More Positive Direction?
Previous Article in Journal

Vitamin A Metabolism: An Update

Vitamin A in Reproduction and Development

The requirement for vitamin A in reproduction was first recognized in the early 1900’s, and its importance in the eyes of developing embryos was realized shortly after. A greater understanding of the large number of developmental processes that require vitamin A emerged first from nutritional deficiency studies in rat embryos, and later from genetic studies in mice. It is now generally believed that all-trans retinoic acid (RA) is the form of vitamin A that supports both male and female reproduction as well as embryonic development. This conclusion is based on the ability to reverse most reproductive and developmental blocks found in vitamin A deficiency induced either by nutritional or genetic means with RA, and the ability to recapitulate the majority of embryonic defects in retinoic acid receptor compound null mutants. The activity of the catabolic CYP26 enzymes in determining what tissues have access to RA has emerged as a key regulatory mechanism, and helps to explain why exogenous RA can rescue many vitamin A deficiency defects. In severely vitamin A-deficient (VAD) female rats, reproduction fails prior to implantation, whereas in VAD pregnant rats given small amounts of carotene or supported on limiting quantities of RA early in organogenesis, embryos form but show a collection of defects called the vitamin A deficiency syndrome or late vitamin A deficiency. Vitamin A is also essential for the maintenance of the male genital tract and spermatogenesis. Recent studies show that vitamin A participates in a signaling mechanism to initiate meiosis in the female gonad during embryogenesis, and in the male gonad postnatally. Both nutritional and genetic approaches are being used to elucidate the vitamin A-dependent pathways upon which these processes depend. View Full-Text
Keywords: retinoic acid; vitamin A deficiency; embryonic retinoic acid; vitamin A deficiency; embryonic
►▼ Show Figures 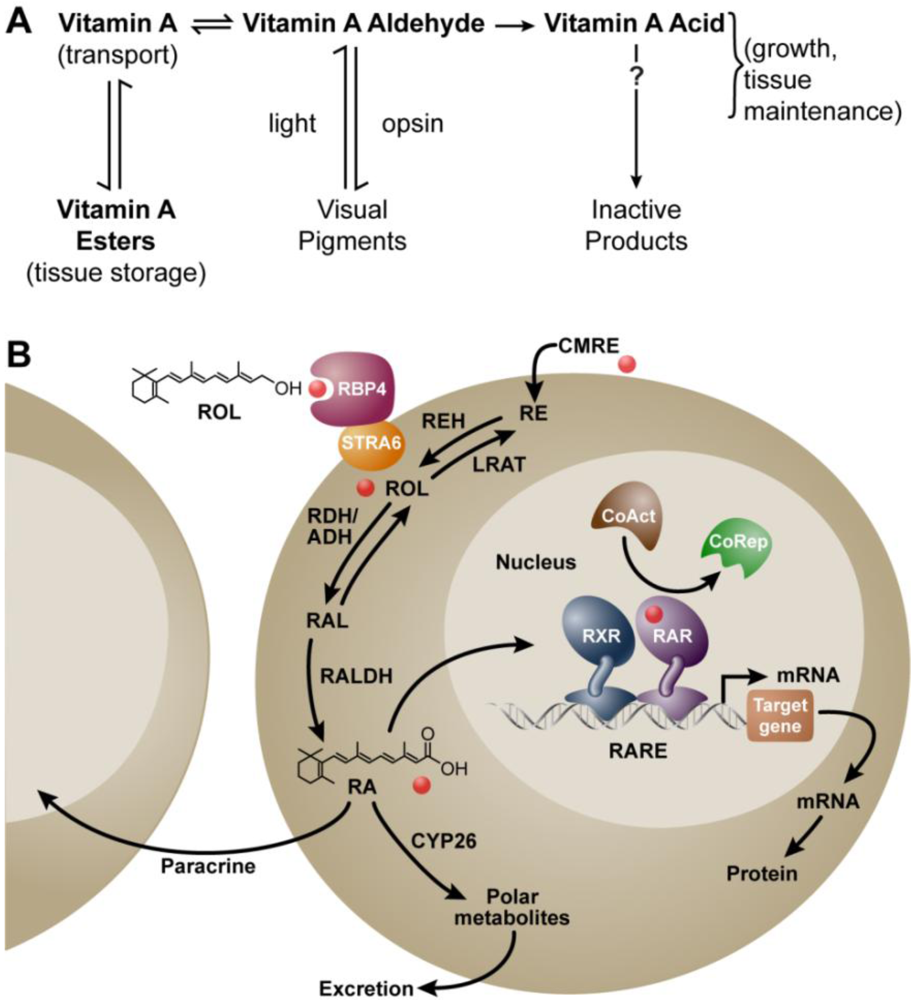