Intellectual support and essential motivation was provided by valuable and inspiring colleagues from the International Society for Selenium Research (ISSR).

L.S. holds shares of selenOmed GmbH, a company involved in Se status assessment and supplementation, and currently serves as president of the ISSR. 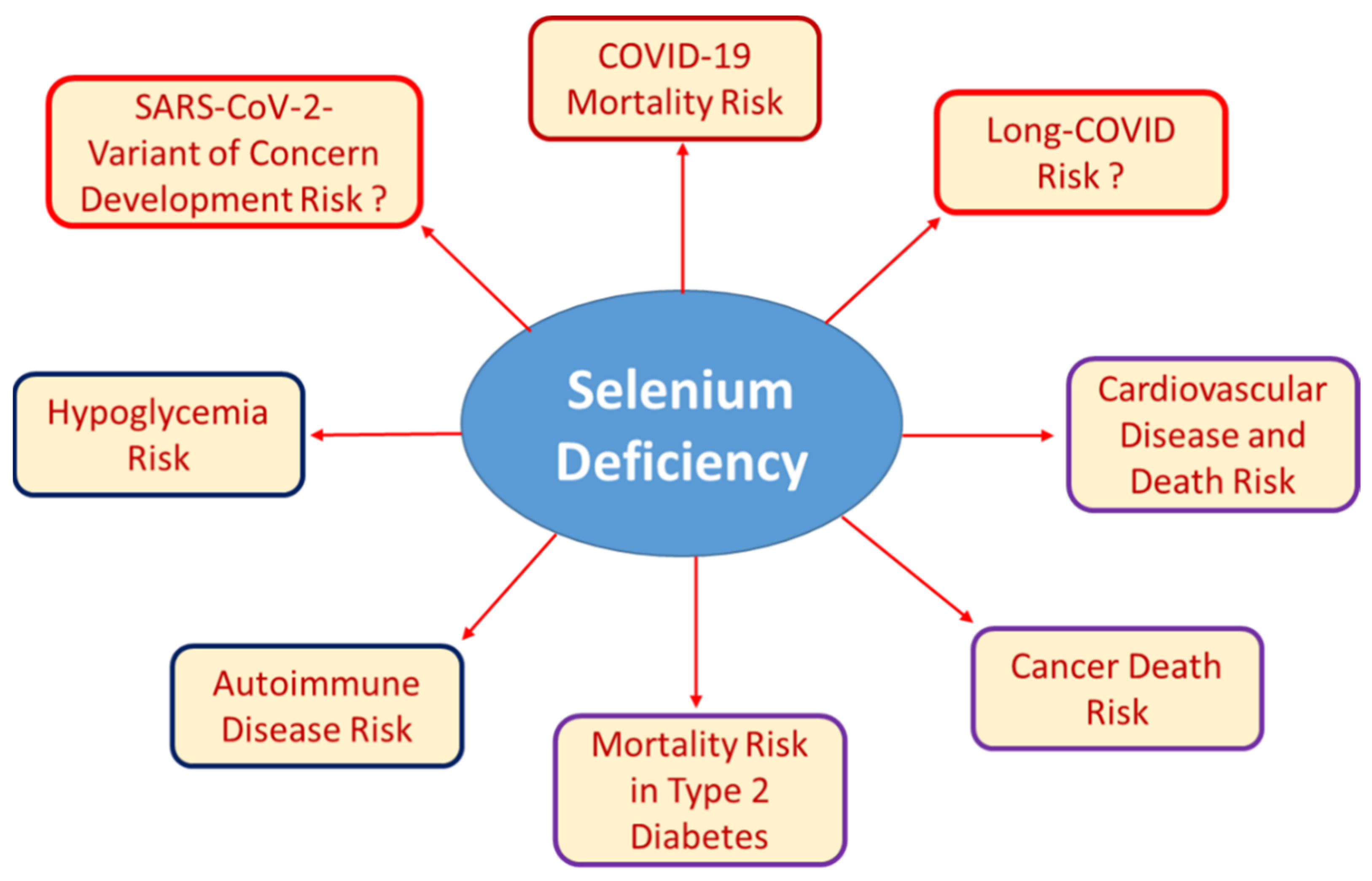 © 2022 by the author. Licensee MDPI, Basel, Switzerland. This article is an open access article distributed under the terms and conditions of the Creative Commons Attribution (CC BY) license (https://creativecommons.org/licenses/by/4.0/).