The role of nutrition in health and disease is well established. However, more research on this topic is needed to fill gaps in our current knowledge. The Lifelines cohort study, a large Dutch prospective cohort study, was established as a resource for international researchers, aiming to obtain insight into the aetiology of healthy ageing. The study started with 167,729 participants, covering three generations, aiming to follow them for thirty years. This article describes the habitual dietary intake, assessed using the Flower Food Frequency Questionnaire (FFQ), among Lifelines cohort study participants at baseline, stratified by sex and different categories of age, socioeconomic status (SES) and body mass index (BMI). A total of 59,982 adults (23,703 men and 36,279 women), who completed the Flower FFQ and reported plausible habitual dietary intake, were included in the analyses. Median daily energy intake was higher in men (2368 kcal) than in women (1848 kcal), as well as macronutrient intake. Energy and macronutrient intake decreased with increasing age and BMI categories; no differences were observed between SES categories. Intake of most micronutrients was higher in men than in women. Differences were observed between age categories, but not between SES and BMI categories. Food groups were consumed in different amounts by men and women; differences between age, SES and BMI categories were observed as well. The Lifelines cohort study provides extensive dietary intake data, which are generalisable to the general Dutch population. As such, highly valuable dietary intake data are available to study associations between dietary intake and the development of chronic diseases and healthy aging. View Full-Text
Keywords: dietary intake; micronutrients; macronutrients; food groups; nutrition survey dietary intake; micronutrients; macronutrients; food groups; nutrition survey
►▼ Show Figures 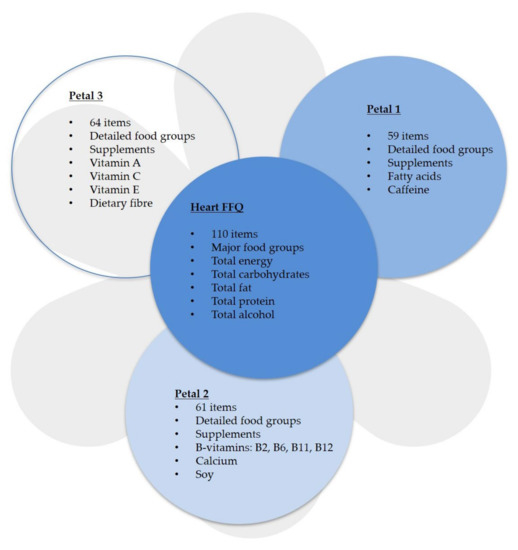