Association between Predictors of Vitamin D Serum Levels and Risk of Retinoblastoma in Children: A Case-Control Study
Previous Article in Journal

Longitudinal Changes of Cytokines and Appetite in Older Hospitalized Patients

Does Each Menstrual Cycle Elicit a Distinct Effect on Olfactory and Gustatory Perception? 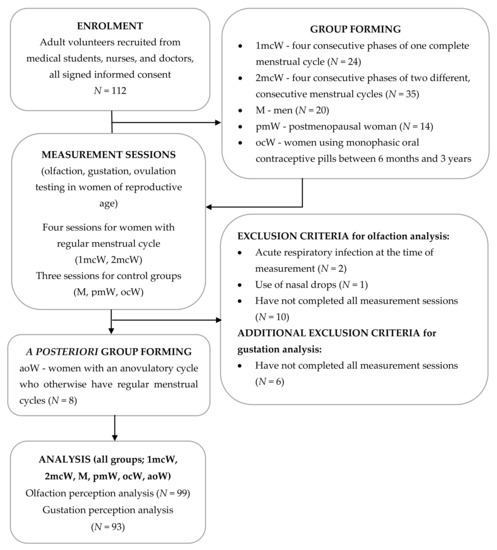