The health effects of vitamin D are well documented, with increasing evidence of its roles beyond bone. There is, however, little evidence of the effects of vitamin D on hospitalisation among older adults. This study aimed to prospectively determine the relationship of vitamin D status in older adults with hospital admission and emergency department (ED) attendance. Trinity University of Ulster Department of Agriculture (TUDA) is a large cross-sectional study of older adults with a community population from three disease-defined cohorts (cognitive dysfunction, hypertension, and osteoporosis). Participants included in this analysis were recruited between 2008 and 2012. ED and hospital admission data were gathered from the date of TUDA participation until June 2013, with a mean follow up of 3.6 years. Of the 3093 participants, 1577 (50.9%) attended the ED during the period of follow-up. Attendees had lower mean serum 25(OH)D concentrations than non-attendees (59.1 vs. 70.6 nmol/L). Fully adjusted models showed an inverse association between vitamin D and ED attendance (Hazard Ratio (HR) 0.996; 95% Confidence Interval (CI) 0.995–0.998; p < 0.001). A total of 1269 participants (41%) were admitted to hospital during the follow-up. Those admitted had lower mean vitamin D concentrations (58.4 vs. 69.3 nmol/L, p < 0.001). In fully adjusted models, higher vitamin D was inversely associated with hospital admission (HR 0.996; 95% CI 0.994–0.998; p < 0.001) and length of stay (LOS) (β = −0.95, p = 0.006). This study showed independent prospective associations between vitamin D deficiency and increased hospitalisation by older adults. The need for further evaluation of current recommendations in relation to vitamin D supplementation, with consideration beyond bone health, is warranted and should focus on randomised controlled trials. View Full-Text
Keywords: vitamin D; vitamin D deficiency; hospitalisation; hospital admission; emergency department attendance; resource utilisation vitamin D; vitamin D deficiency; hospitalisation; hospital admission; emergency department attendance; resource utilisation
►▼ Show Figures 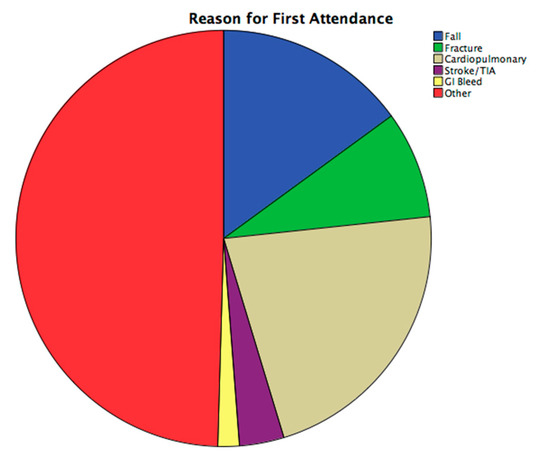