Maternal Dietary Intakes, Red Blood Cell Indices and Risk for Anemia in the First, Second and Third Trimesters of Pregnancy and at Predelivery

Esophageal cancer has always been associated with a poor survival, but over the past decades the survival rate for patients undergoing surgery has significantly improved with the introduction of neoadjuvant chemoradiotherapy [1,2,3]. Improved perioperative care, the implementation of enhanced recovery programs and the introduction of minimally invasive techniques, have further contributed to a reduced postoperative mortality and morbidity [4,5,6,7,8]. With these improvements and an increase in survival rates, patients’ quality of life and long-term sequelae—such as development of micronutrient deficiencies—of this intensive treatment are becoming more relevant [9,10,11,12].
In bariatric [13,14,15,16,17] and gastric cancer surgery [18,19,20,21], it has been shown that new micronutrient deficiencies may develop on the long-term or pre-existent deficiencies worsen postoperatively in a considerable number of patients. This effect was most prominent following bariatric Roux-en-Y gastric bypass surgery and total gastrectomy for cancer with Roux-en-Y esophagojejunostomy. Clinically relevant micronutrient deficiencies commonly found in these studies include iron and vitamins A, B1, B12, D and E. It has been hypothesized that micronutrient deficiencies may also play an important role in quality of life after an esophagectomy for cancer, due to the anatomical changes made to the upper gastrointestinal tract. These anatomical changes, wherein the stomach is most commonly used as the conduit to replace the resected esophagus, often entail high morbidity [4,5,6,7]. Similar to bariatric surgery, these changes may be accompanied by adverse gastrointestinal symptoms, including nausea, vomiting, regurgitation, diarrhea, dumping or loss of appetite and reduced intake, which may contribute to further weight loss and malnutrition or anorexia [9,10,11,12].
Hence, the aim of this study is to review the literature of micronutrient deficiencies after an esophagectomy and to study micronutrient deficiencies in a specific cohort of patients after a minimally invasive esophagectomy.

2.1. Search of the Literature

A literature search of the PubMed, MEDLINE and EMBASE databases was conducted by two authors (H.J. and J.P.) independently to identify the literature related to micronutrient deficiencies following an esophagectomy. Search terms included controlled terms from the MeSH database in PubMed and MEDLINE, the EMtree in EMBASE database as well as free text terms. Terms expressing “esophageal cancer”, “esophagectomy”, “vitamin deficiencies”, ‘‘micronutrient deficiencies”, “avitaminosis”, “hypovitaminosis”, “malabsorption”, “malnutrition” and “metabolic complications” in all databases, were variously combined in the search. Reference lists were screened and forward citation tracking was conducted to identify literature missed by the initial search. All full-text articles written in English that reported on vitamin deficiencies or vitamin status were included in the review.

The second part of this study investigated the postoperative micronutrient status of patients that participated in the NUTRIENT II trial (NCT02378948). The NUTRIENT II was a multicenter randomized controlled trial that investigated the influence of direct start of oral feeding with the standard of care (jejunostomy tube feeding and 5 days nil-by-mouth) on postoperative recovery following a minimally invasive Ivor–Lewis esophagectomy with intrathoracic anastomosis [22]. The NUTRIENT II database used for the purpose of the current study was already fully constructed and anonymized by the researchers. Therefore, additional informed consent was not obtained.
In the current analysis, only NUTRIENT II patients in which surgery was performed in the Catharina Hospital and had a postoperative evaluation of micronutrients were included. Standard postoperative micronutrient follow-up included evaluation of vitamins B1, B6, B12 and D, whereas a majority of these patients also had an evaluation of folate, methyl malonic acid (MMA) and homocysteine. Evaluation of iron, ferritin, transferrin, hemoglobin (Hb) and mean corpuscular volume (MCV) was carried out on indication. Nutritional supervision was given to every patient during the pre- and postoperative phase by a registered dietitian and focused on changing eating habits and not on vitamin supplementation. Mineral or multivitamin supplementation was not standard of care by the treating physician.
The study protocol was approved by the institutional review board of the Catharina Hospital, Eindhoven, the Netherlands (nWMO-2019.010).

Three studies that investigated micronutrient deficiencies in patients following an esophagectomy were identified. The complete study characteristics are summarized in Table 1. In the study (n = 187) by van Hagen et al. it was reported that the prevalence of vitamin B12 deficiency in patients at a median of 6.0 months (interquartile range (IQR) 3.5–9.9) to 20.8 months (IQR 14.3–29.7) following an esophagectomy was higher than in the non-operated population [25]. Thirteen of 20 patients with a vitamin B12 deficiency were anemic, while no patients suffered from megaloblastic anemia. Moreover, in the prospectively followed patients that underwent an esophagectomy and were not vitamin B12 deficient at baseline, the estimated one-year incidence was 18.2%.
Heneghan et al. (n = 45) reported that 89.7% of patients had at least one fat-soluble vitamin deficiency at 18 to 24 months postoperatively [26]. In these patients, vitamin A deficiency was most common, followed by vitamin E, vitamin D and iron deficiency, respectively (Table 1). The prevalence of vitamin B12 deficiency in these patients was not reported. Moreover, it was reported that serum vitamin A and E levels were significantly decreased at 18 to 24 months after surgery compared to preoperatively, while vitamin B12 and D levels did not change significantly. Despite the fact that this study included esophagectomy (n = 30) and gastrectomy (n = 15) patients, there were no significant differences between both cohorts with respect to any of the micronutrient values.
The study (n = 75) by Elliott et al. reported a substantial number of patients with a vitamin D deficiency both one and two years after surgery. However, it was also reported that serum vitamin D levels did not change significantly [27]. Despite no significant postoperative change in serum vitamin D, calcium or phosphate levels, it was reported that bone mineral density was significantly decreased at one year and two years after surgery, while osteoporosis was detected in 38% and 44% of patients, respectively. In addition, serum vitamin A levels were significantly decreased at both one and two years after surgery, whereas vitamin E levels did not change significantly. However, the prevalence of vitamin A and vitamin E deficiency in these patients was not reported.
In conclusion, despite the fact that the assessment of micronutrients varied across the limited amount of studies and that the findings were inconsistent, it was shown that micronutrient deficiencies are common in patients following an esophagectomy.

3.2. Characteristics of the Study Group

A total of 95 patients in the NUTRIENT II trial that underwent an esophagectomy with a curative intention between October 2015 and May 2018 at the Catharina Hospital, Eindhoven, the Netherlands were identified. Of these patients, 12 were excluded from the analyses due to a lack of postoperative micronutrient follow-up on account of disease progression prior to the first blood workup (n = 11) and an unknown reason in one patient. Thus, in 83 patients, postoperative micronutrient data were available during follow-up. Preoperative micronutrient data were available in only two of 83 patients. Therefore, preoperative values were not analyzed. Patients were predominantly male (79.5%) and mean age was 65 years (standard deviation (SD) 7.7). Median preoperative body mass index (BMI) was 25.3 kg/m2 (IQR 23.6–28.7) and median weight loss at 3 months after surgery was 7.1% (IQR 2.5–9.7). Complete patient characteristics are listed in Table 2.

In conclusion, micronutrient deficiencies are common in patients as early as 6 up to 24 months following an esophagectomy with gastric conduit reconstruction for cancer. Therefore, it is recommended that these patients are routinely checked and supplementation should be provided when needed to prevent symptoms on the long-term.

The initial NUTRIENT II trial was funded by KWF Kankerbestrijding (Dutch Cancer Society, project number 10495) and Covidien/Medtronic. Excluding the authors contributions, no additional contributions were made. 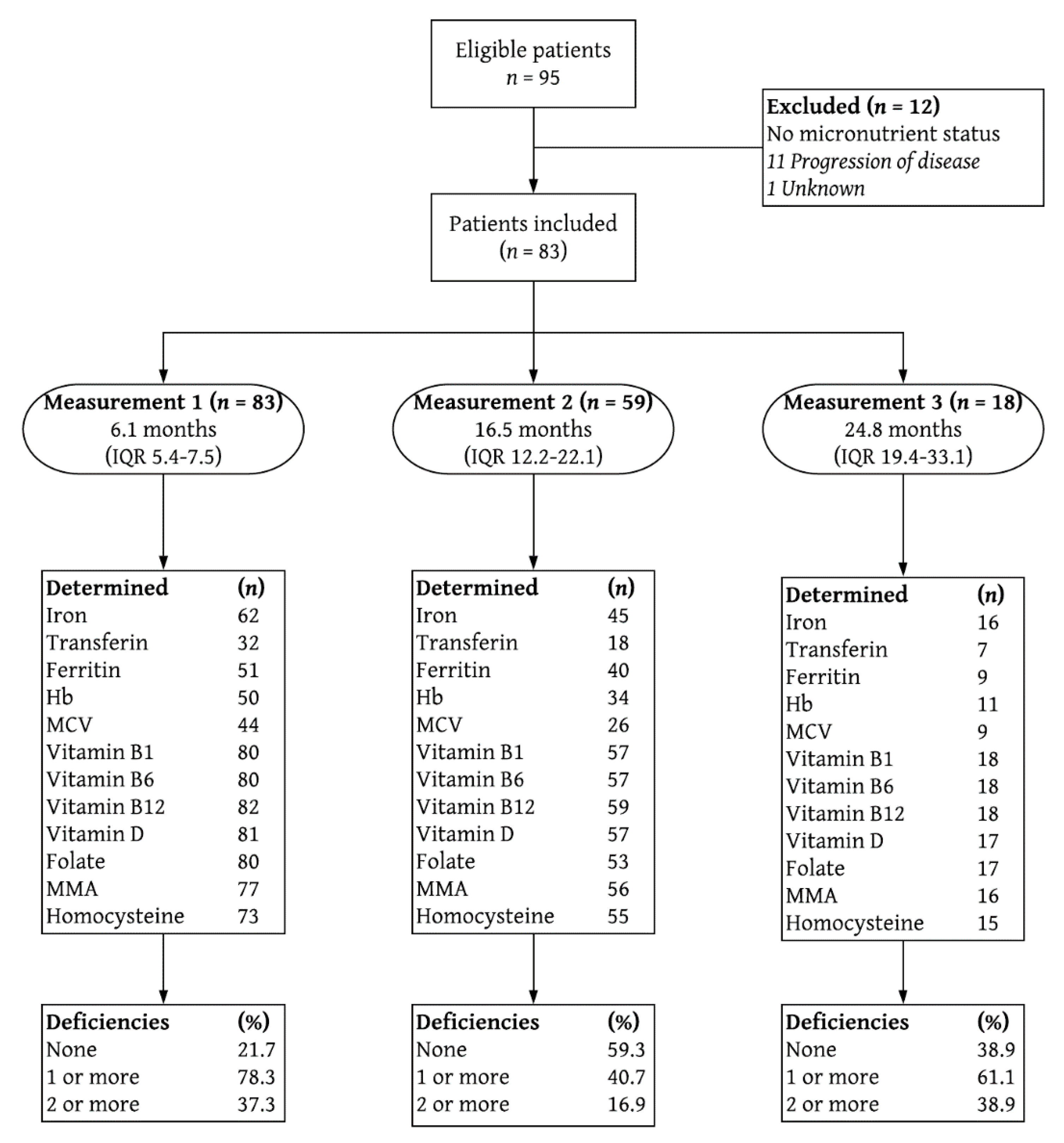 Table 3. Hematological and nutritional profile in postoperative follow-up.
Table 3. Hematological and nutritional profile in postoperative follow-up.
Legend: values are mean (standard deviation) or median (lower–upper quartile). Abnormal values are % of determined (n) and always indicate a decreased value unless otherwise indicated (↓ decreased; ↑ increased). Hb hemoglobin; MCV mean corpuscular volume; MMA methylmalonic acid.
© 2020 by the authors. Licensee MDPI, Basel, Switzerland. This article is an open access article distributed under the terms and conditions of the Creative Commons Attribution (CC BY) license (http://creativecommons.org/licenses/by/4.0/).
We use cookies on our website to ensure you get the best experience. Read more about our cookies here.
Accept
We have just recently launched a new version of our website. Help us to further improve by taking part in this short 5 minute survey here. here.
Never show this again