Epigenetic Patterns in Five-Year-Old Children Exposed to a Low Glycemic Index Dietary Intervention during Pregnancy: Results from the ROLO Kids Study
Next Article in Special Issue

Effects of p-Synephrine during Exercise: A Brief Narrative Review
Previous Article in Journal

Effect of Acute Caffeine Intake on the Fat Oxidation Rate during Exercise: A Systematic Review and Meta-Analysis

2.1. Search Strategy and Selection of Studies

The current systematic review and posterior meta-analysis were carried out following the guidelines of the Preferred Reporting Items for Systematic Review and Meta-Analyses (PRISMA) [26]. The search for published studies was conducted in the databases PubMed (MEDLINE) and Web of Sciences (including Korean Citation Index-Korean Journal Database, MEDLINE, Russian Science Citation Index, and SciELO Citation Index) from 1 to 7 August 2020. In the search, there was no restriction on the date of publication of the studies. Search terms included the words “caffeine” AND “free fatty acids” OR “fat oxidation” OR “lipid oxidation” OR “substrate oxidation” OR “respiratory exchange ratio” AND exercise. Titles and abstracts were carefully read and screened for subsequent full-text review and data extraction. The search for published studies was independently conducted by two authors (D.C.-M. and J.D.C.), while disagreements between these authors were settled through discussion.
To introduce the searched studies in the meta-analysis, the following inclusion criteria had to be fulfilled, with each study involving: (1) testing of the effects of an acute dose of caffeine intake on fat oxidation during continuous or incremental exercise of submaximal intensity, or the effect of acute caffeine intake on VO2 and RER during continuous and incremental exercise of submaximal intensity, whereby we selected studies with data on the effects of caffeine on VO2 and RER, because fat oxidation can be calculated from these two variables; (2) a crossover design in which an experimental trial with pre-exercise caffeine ingestion was compared to an identical experimental trial with a placebo; (3) information regarding the caffeine supplementation protocol (absolute dose of caffeine in mg or relative dose of caffeine in mg/kg of body mass, timing of caffeine administration, etc.); (4) any source of caffeine was removed from the diet for at least 12 h before the onset of the experiment to wash out dietary caffeine; (5) the exercise protocol was clearly defined in terms of duration and intensity; (6) with exercise protocols in which exercise intensity was identical in all experimental trials; (7) with a fasting period of at least 5 h before the exercise test; (8) written in Spanish or English. The following exclusion criteria were applied to the experimental protocols of the investigation: (1) the use of caffeine doses below 2 mg/kg or equal to and above 9 mg/kg; (2) the absence of a placebo condition; (3) the use of a placebo condition that was not identical to the caffeine trial, except for the use of caffeine (e.g., the use of multi-ingredient complexes, the use of coffee or tea, the use of caffeinated soda); (4) the use of caffeine in combination with fat or carbohydrate; (5) the use of a hot (i.e., >28 °C) or cold (i.e., <5 °C) environment; (6) the use of children as study participants; (7) the use of participants with a previous medical condition or obesity; (8) the use of exercise trials with free-chosen or unfixed exercise intensity. Figure 1 depicts the details of the study selection process and the reasons for the exclusion of studies, which resulted in a total of 19 studies.

Data extraction was conducted to collect information about participants, intervention, comparisons, outcomes, and study design (PICOS) following PRISMA methodology [26]. Concretely, data on the experimental design, sample size, participant age and level of physical activity, caffeine administration, habitual caffeine intake of the participants, type of exercise, and results of the investigations were gathered independently by two authors (A.M.L.-P. and J.D.C.). In instances where data were presented in a graphical format, images were enlarged to improve the precision of the data estimates and data were extracted using an online application [27]. In those investigations that used a fixed-intensity bout of submaximal intensity, an average of all the fat oxidation rate measurements obtained during the bout was used for analysis. Of note, in experiments that used an exercise protocol with fixed-intensity tests until exhaustion, only measurements obtained at the same time points in the placebo and caffeine trials were used for the analysis. In the investigations with incremental exercise tests, only the data that rendered peak fat oxidation in the caffeine and placebo trials was used for the analysis. In the investigations where fat oxidation rates were not directly presented in the paper, these data were obtained from oxygen uptake and respiratory exchange ratio values by using VCO2 using the non-protein respiratory quotient [28].

2.3. Quality Assessment of the Experiments

Once the studies were selected for the meta-analysis, the quality of each investigation was evaluated using the Physiotherapy Evidence Database scale (PEDro; [29]). The PEDro scale evaluates the quality of studies using an 11-point scale, with a scoring range from 0 to 10 points, based on the randomization, blinding procedure, statistical analysis, and presentation of the results used in each investigation. The application of the PEDro scale to each study was conducted by A.M.L.-P. and verified by D.C.-M.

An overall analysis was performed including all articles to determine the meta-analytic effects of acute caffeine intake on the fat oxidation rate, VO2, and RER during exercise. Moreover, diverse subanalyses of caffeine versus placebo were carried out considering the amount of caffeine administrated in each investigation (≤3.0 mg/kg, 3.1 to 5.9 mg/kg and ≥6.0 mg/kg) and the level of physical activity of the participants involved (trained athletes, recreational exercise practitioners, and sedentary or untrained participants). For the subanalysis of caffeine dosing, we used the intervals mentioned above because they are habitually used to catalogue the magnitude of caffeine intake in terms of exercise performance and side effects [30,31]. The meta-analysis statistics were performed using meta-analysis software (Review Manager Software 5.3, London, UK) with the use of the inverse variance method with random effects and a 95% confidence interval (CI) [32]. The standardized mean difference (SMD) was selected due to the heterogeneity of the exercise tests employed in the selected investigations, which could affect the variability in outcome measurements observed in each study. The level at which an SMD was considered statistically significant was set at p < 0.05, while the size of an SMD was interpreted as small with results < 0.4, moderate from 0.4 to 0.7, and large > 0.75 [33]. A standardized measure of homogeneity (I2 statistic) was calculated to evaluate the level of heterogeneity in the included sample. I2 values between 25% and 50% represented a small amount of inconsistency, I2 values between 50% and 75% represented a medium amount of heterogeneity, and I2 values > 75% represented a large amount of heterogeneity [34].

A total of 260 articles were initially obtained in the search and two additional articles were identified by examining the references from relevant articles. After duplicate removal, 171 studies were screened. By reading the title and abstracts, 48 articles were subsequently excluded because they included children as study participants, were not full articles, were not written in English or Spanish, were reviews or meta-analyses, involved animals as study samples, or were completely unrelated to the topic of this review. A total of 123 full-text articles were assessed for eligibility and 104 interventions were excluded for different reasons, including: the co-ingestion of caffeine with fat or carbohydrate; lack of acute caffeine ingestion, a case report; the use of coffee, energy drink, cola, or tea as sources of acute caffeine intake; missing data, the use of a multi-ingredient supplements, duplicated data; assessments not conducted during exercise; unfixed intensity workload; altered experimental conditions; lack of fat oxidation measure; RER values over 1; absence of a placebo condition; the involvement of special populations; and fasting period before the exercise intervention not reported or lower than 5 h, among others. After the selection procedure, 19 studies published between 1978 and 2020 were included in the qualitative and quantitative analysis (Figure 1).

3.3. Descriptions of the Participants’ Characteristics

3.4. Descriptions of the Intervention Characteristics

In summary, the pre-exercise ingestion of a moderate dose of caffeine was found to be effective in increasing the fat oxidation rate during prolonged and submaximal-intensity exercise. Interestingly, there was a dose–response effect of acute caffeine intake on fat utilization during exercise, indicating that a dose higher than 3.0 mg/kg is necessary to obtain a statistically significant effect on the fat oxidation rate during exercise. In addition, the fitness level of the participant may modulate the magnitude of the effect of caffeine on fat oxidation during exercise. In this regard, the magnitude of the effect of caffeine on fat oxidation during exercise was higher in untrained individuals than in individuals with a previous exercise training background (i.e., trained and recreational athletes). The high quality of the selected investigations, the good standardizations employed before the experimental trials, and the avoidance of confounding variables through the selection criteria, such as the use of exercise testing with free-chosen intensity, pre-exercise feeding, and caffeine-containing multi-ingredient products, suggest that this substance may have the ability to enhance fat oxidation during aerobic exercise of submaximal intensity (RER < 1.0) performed after a fasting period.

A.M.L.-P. is supported by the Torres Quevedo national grant of the Ministerio de Ciencia, Innovación y Universidades inside the National Subprogram of Education (DIN2018–010129).

The authors of this investigation want to acknowledge the labor of all the researchers that have conducted the investigations that allowed this review and meta-analysis. 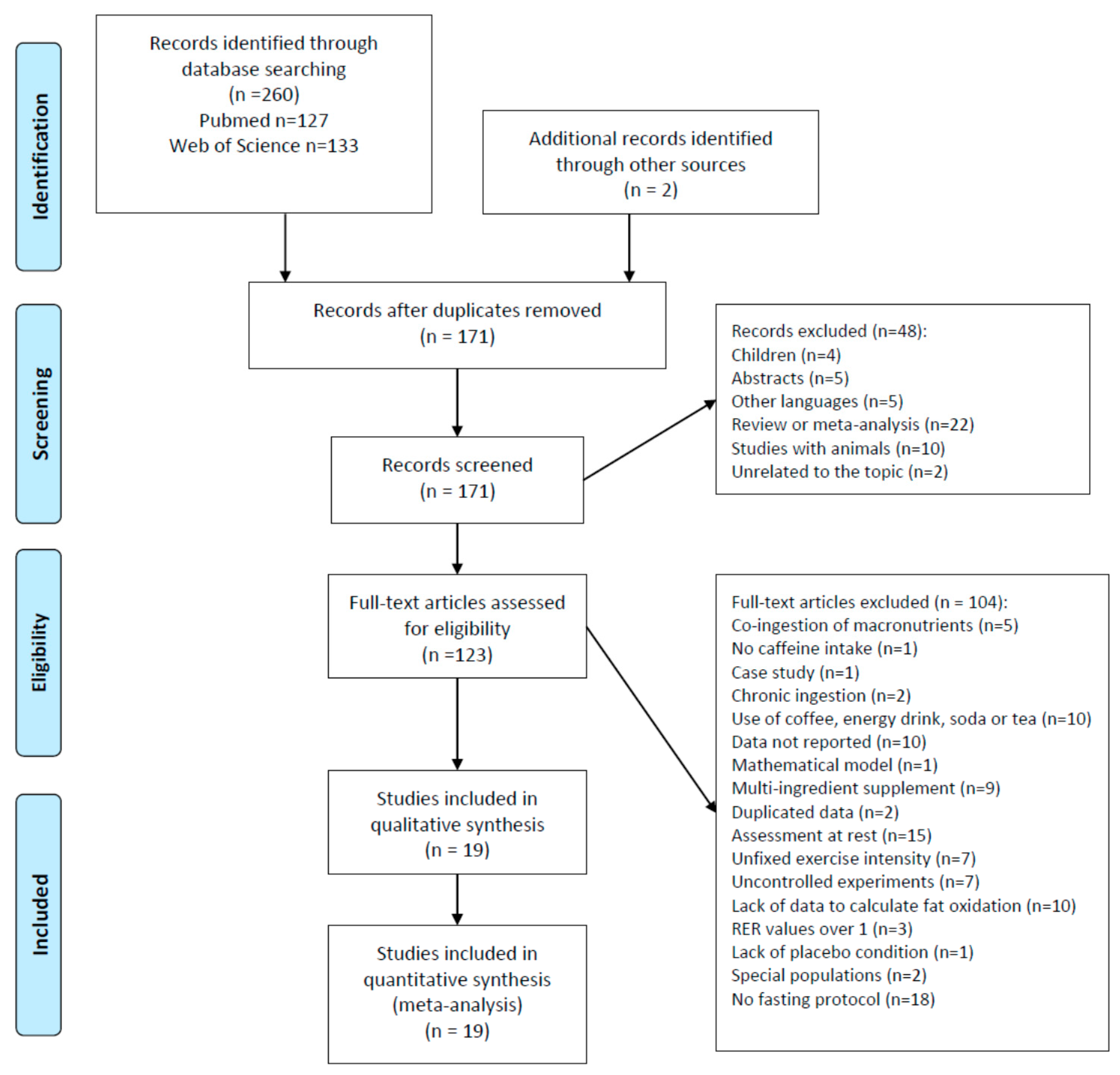 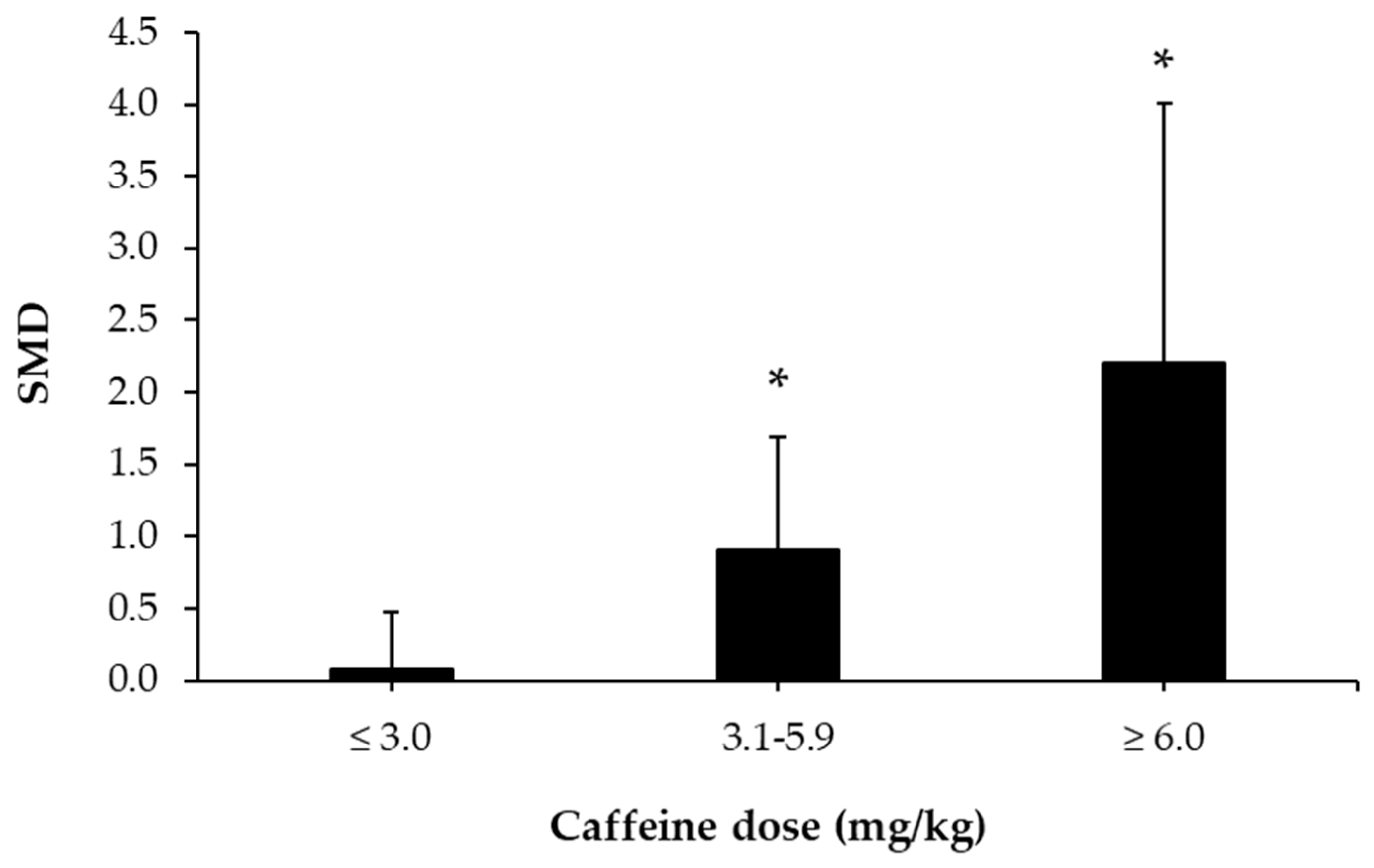 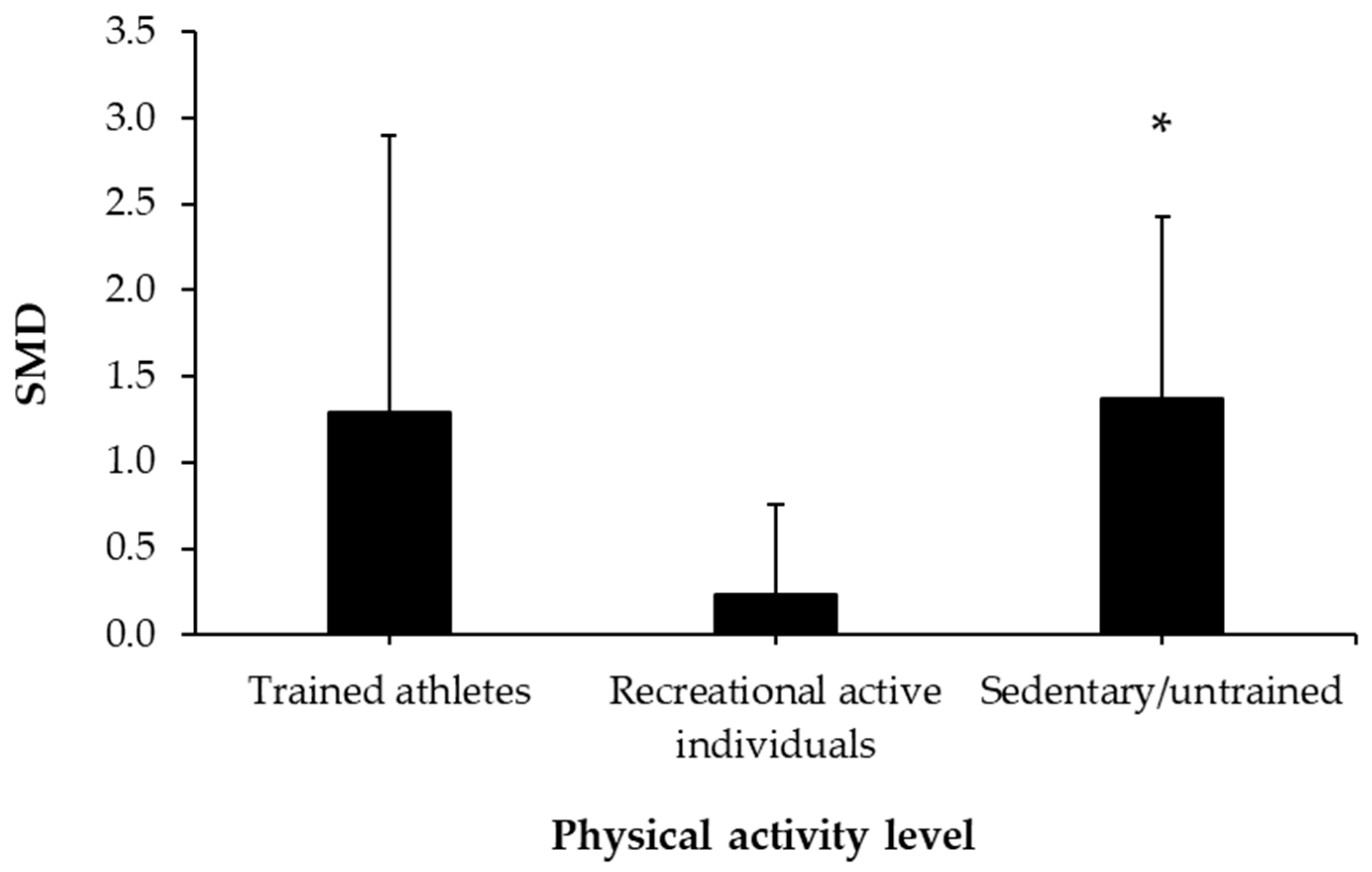 Table 2. Summary design and participants.
Table 2. Summary design and participants.
DB: double-blind; RDB: randomized double-blind; RSB: randomized single-blind; SB: single-blind; SEM: standard error of measurement.
© 2020 by the authors. Licensee MDPI, Basel, Switzerland. This article is an open access article distributed under the terms and conditions of the Creative Commons Attribution (CC BY) license (http://creativecommons.org/licenses/by/4.0/).
We use cookies on our website to ensure you get the best experience. Read more about our cookies here.
Accept
We have just recently launched a new version of our website. Help us to further improve by taking part in this short 5 minute survey here. here.
Never show this again