Pre-Meal Effect of Whey Proteins on Metabolic Parameters in Subjects with and without Type 2 Diabetes: A Randomized, Crossover Trial
Next Article in Special Issue

Carbohydrate Counting in Children and Adolescents with Type 1 Diabetes

This study was approved by the University of Bath Research Ethics Approval Committee for Health (REACH—EP 15/16 182). Fourteen healthy participants (11 men and 3 women) were recruited for the study (Table 1). Written informed consent was obtained from participants after confirming their understanding of the study design and possible risks. Nine participants (6 men and 3 women) were tested in the United Kingdom and were native to the UK, and five participants (all men) were tested in Taiwan and were native to Taiwan. None of the participants self-reported as smokers. The insulin sensitivity responses to the intervention did not differ between locations (data not shown).

This study was a dual-center (University of Bath and National Chung Hsing University), randomized, double-blind crossover design with two treatment arms. All participants underwent two 2-day experimental trials with a 7-day washout period between trials. On day 1, between 1600–1700 h, participants were asked to run on a treadmill at 70% max for 90 min. After exercise, subjects were immediately given either a carbohydrate replacement drink (CHO-REPLACE) or placebo drink (CHO-DEFICIT). A low carbohydrate pack-dinner was provided in both trials. The following morning after an overnight fast, participants were asked to perform an oral glucose tolerance test (OGTT; Figure 1). In order to standardize metabolic parameters prior to trials, participants were asked to record their diet 3 days before the first trial and repeated the same diet before the next trial. In addition, they were asked to refrain from smoking and ingesting alcohol- and caffeine-containing beverages for 24 h before the OGTT. All participants reported successful replication of lifestyle prior to trials.

Subjects completed two preliminary tests: a maximal oxygen uptake test (max) and a familiarization test, at least 1 week before the main trial. The max test protocol has been described previously [17]. At least 3 days prior to the first main trial, a 60-min familiarization run was performed to accustom participants to an extended period of treadmill-running. The session was also used to re-affirm the appropriate treadmill speed required to achieve an exercise intensity of 70% max. Accordingly, heart-rate, RPE, and expired air samples were collected and analyzed at 15 min intervals.

Day 1—90-min run: Participants were asked to arrive at the laboratory between 15:30–15:45, and body-mass and stature were recorded. Participants were then fitted with a heart-rate monitor and the 90-min run at 70% max initiated at ~16:00. After the run, a test drink containing either carbohydrate or placebo was ingested immediately post-exercise and participants were asked to ingest the drink within one hour. Finally, a standardized dinner (432 kcal; 27 g carbohydrate (23 g of which sugars), 22 g fat, 33 g protein) was also provided, to be consumed between 19:30 and 20:00. Participants were then asked to abstain from consuming any further food or drink other than water.
Day 2—Oral Glucose Tolerance Test (OGTT): Participants attended the laboratory between 07:30–07:45, to perform a two-hour OGTT having completed an overnight fast (>10 h) and refrained from further exercise.
Upon arrival, participants rested for 15-min in a semi-recumbent position with their hand placed in a hot-box set to 55 °C [17], with a subsequent five-minute (baseline) expired air sample collected from a subgroup (n = 7). Following this, a cannula was inserted into an antecubital vein of the participant’s forearm and a 5-mL (baseline) blood sample drawn. A 75 g glucose load was then administered orally (113 mL Polycal: Nutricia, UK (mixed with 87 mL water)) and blood samples were collected at 30 min intervals over 2-h. 5-min expired air samples were also collected at 25 to 30, 55 to 60, 85 to 90, and 115 to 120-min from a subgroup (n = 7). Since there were some slight differences in protocols between University of Bath and the National Chung Hsing University (namely, Bath protocols included a hot-box for blood sampling and expired breath analysis), the data from both institutions were initially analyzed separately to check that responses were similar. Since both protocols produced similar overall responses for glycaemia, insulinemia, and insulin sensitivity indices, the data were combined for the present manuscript (n = 14).

During the CHO-REPLACE trial, a 15% Maltodextrin solution (MyProtein, Cheshire, UK; Batch No.: L626929168) was ingested to precisely replace carbohydrate oxidized during the preceding run. The total amount of carbohydrate utilized during exercise were determined via indirect calorimetry from expired gases collected every 15-min during exercise. The amount of carbohydrate replacement for the CHO-REPLACE trial was 221.4 ± 59.3 g. Conversely, a (0 g carbohydrate) 1.5% artificially-sweetened placebo solution (Truvia, Silver Spoon, Peterborough, UK) was ingested during the CHO-DEFICIT trial.

The arterialized blood samples were obtained via a cannula inserted into antecubital vein of each subject’s forearm [17]. A non-heparinized tube was used to collect 2 mL of blood sample, and it was allowed to stand for 1 h to wait for the blood to coagulate. Another tube containing ethylenediaminetetraacetic acid (EDTA; BD, Oxford, UK) was used to collect 3 mL of blood sample. The collected sample was then centrifuged (Eppendorf 5810, Hamburg, Germany) in 4 °C at 2500 g for 10 min. The extracted serum and plasma samples were stored at −80 °C before later analysis. Serum insulin concentrations were analyzed using enzyme-linked immunosorbent assays (ELISA, Mercodia AB, Uppsala, Sweden), following the manufacturer’s instructions. Minimal detectable concentrations for serum insulin were set at 18 pmol·L−1 and intra-plate coefficients of variation were <4.4%. Plasma glucose concentrations were analyzed using a spectrophotometric analyzer (Randox Daytona, Randox Laboratories Ltd., Crumlin, UK). Due to a cannula blockage on one trial for one participant, data for blood-based variables are (n = 13).

The Douglas bag method was used to assess substrate metabolism at rest and during exercise. For all samples, participants were provided the mouthpiece before gas collections for a stabilization period. At rest, the stabilization and gas collection periods were each 5 min, whereas during exercise the stabilization and gas collection periods were each 1 min. Samples were collected in 200 L Douglas bags (Hans Rudolph, Kansas City, MO, USA) through falconia tubing (Baxter, Woodhouse and Taylor Ltd., Macclesfield, UK). Expired O2 and CO2 concentrations were measured in a known volume of each sample, using paramagnetic and infrared transducers, respectively (Mini HF 5200, Servomex Group Ltd., Crowborough, East Sussex, UK). The sensor was calibrated using known concentrations of low (99.998% Nitrogen, 0% O2 and CO2) and high (balance nitrogen mix, 16.04% O2, 5.06% CO2) calibration gases (both BOC Industrial Gases, Linde AG, Munich, Germany). Substrate utilization was determined during exercise using the equations of Jeukendrup and Wallis (2005) [18], whilst Frayn’s (1983) [19] equations were used for samples collected at rest as follows (where and are expressed in L/min):

The sample size estimation was performed using data on insulin concentrations during steady-state intravenous glucose infusion following exercise training with, or without, carbohydrate and energy replacement. In the absence of carbohydrate replacement, insulin concentrations were ~225 ± 141 pmol·L−1, compared to ~345 ± 85 pmol·L−1 when the carbohydrate and energy utilized during exercise was replaced. Based on this effect size (d = 1.03), 12 participants should provide more than a 90% chance of detecting such an effect with an alpha level of 0.05.

Incremental area under the curve (iAUC; divided by 120 min to provide time average values) and Matsuda Insulin sensitivity index (Matsuda index; [18]) were calculated from plasma glucose and serum insulin data using Microsoft Excel (Version 15.26, Microsoft, Redmond, WA, USA). The updated homeostasis assessment model of insulin resistance (HOMA2-IR; [19]) was calculated using freely available online software (https://www.dtu.ox.ac.uk/homacalculator/). Statistical analyses were performed using GraphPad Prism v7 (GraphPad Software, San Diego, CA, USA). Differences between trials in time-dependent variables (glucose and insulin concentrations, and carbohydrate and fat oxidation rates) were analyzed by a two-way ANOVA with repeated measures. For non-time dependent variables, paired t-tests were applied. A p-value of ≤0.05 was considered statistically significant. Data are presented in the body of the text as mean ± SD, whereas error bars on figures are confidence intervals normalized to remove between subject variance, consistent with this within-subject design [20]. With this approach, any error bars that do not overlap the mean of their respective comparison can be considered to have a significance level of <0.05.

3.1. Indirect Calorimetry during the Treadmill Run

The study was partially funded by Ministry of Science and Technology in Taiwan (MOST 105-2918-I-005-004). We appreciate the technical support provided by the Sport Science Research Center of National Taiwan University of Sport. 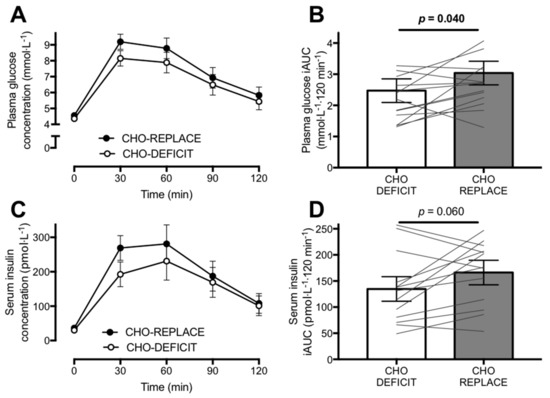 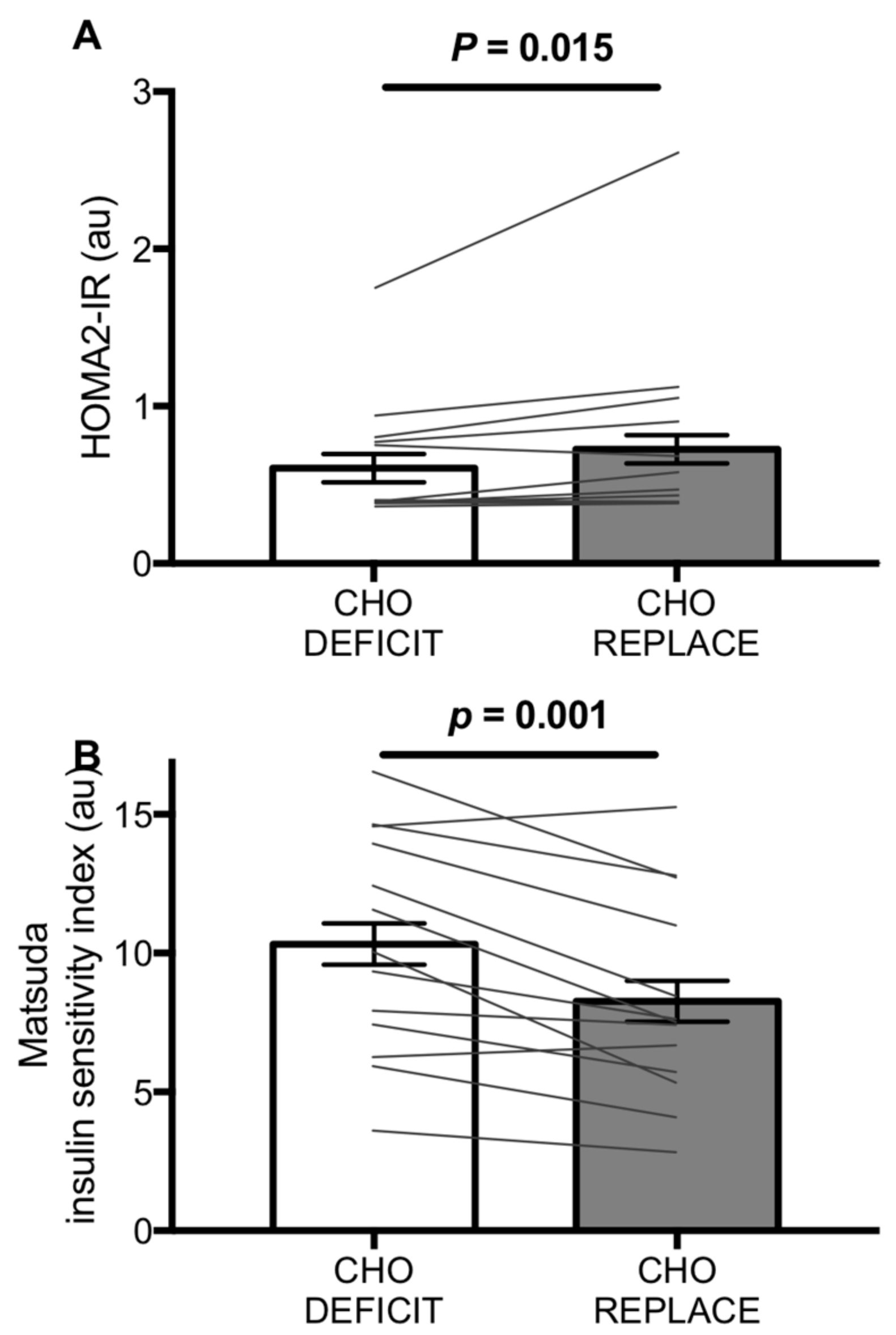 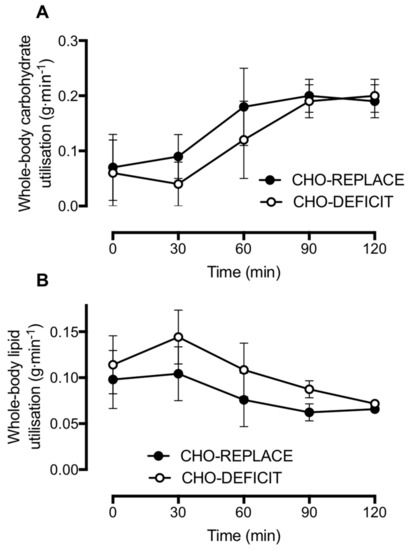 Table 1. Summary of participant characteristics, n = 14.
Table 1. Summary of participant characteristics, n = 14.
© 2018 by the authors. Licensee MDPI, Basel, Switzerland. This article is an open access article distributed under the terms and conditions of the Creative Commons Attribution (CC BY) license (http://creativecommons.org/licenses/by/4.0/).
We use cookies on our website to ensure you get the best experience. Read more about our cookies here.
Accept
We have just recently launched a new version of our website. Help us to further improve by taking part in this short 5 minute survey here. here.
Never show this again