A fruit and vegetable rich diet is associated with reduced risk for chronic diseases such as cardiovascular disease (CVD) [1]. Fruits and vegetables are natural source of vitamins, minerals and phytonutrients (phytochemicals, which have a positive effect on human health), and some of these components have been reported to have antioxidant and cardioprotective effects in clinical trials [2,3,4]. However, randomized, double blind, placebo controlled trials examining whether phytonutrients have protective effects against the development of CVD are still lacking.
A poor antioxidant defense status can promote the generation of free radicals, which have been reported to be positively correlated with blood homocysteine (Hcy) levels [5,6]. Elevated Hcy concentration is thought to be a risk factor for CVD and may accelerate the progression and the initial incidence of arteriosclerosis via free radical generation [7]. In addition to antioxidant intake and defense status, dietary folate, vitamin B6 and vitamin B12 intake, gender and age can impact blood Hcy levels [8,9,10]. Multiple lifestyle behaviors also influence chronic disease development. Studies have shown that lower serum antioxidants levels are present in smokers compared to non-smokers [11,12]. Alcohol consumption is high in Russian population and low levels of antioxidants have been found in chronic drinkers and evidence suggests an inverse relationship between antioxidant status and CVD [13].
Data from the Moscow Behavioral Risk Factor Survey (2000–2001) indicated the mean fruit and vegetable intake in men and women in Moscow was much lower (190 g/day) than the World Health Organization’s recommended 400 g/day [14,15]. The World Health Survey (2002–2003) data indicated that approximately 80% of Russians consumed lower than the WHO recommended levels [16]. Using data from the Health in Times of Transition data set (2010), Goryakin et al. reported that only 42.7% of Russia adults consumed fruits and vegetables daily or several times weekly [17]. Together, these data strongly suggest that Russian adults consume far below the World Health Organization (WHO)’s recommendation for fruits and vegetable intake. This lower than recommended intake would likely lead to lower intake of vitamins, minerals and phytonutrients, which could lead to higher risks for chronic diseases such as CVD [18]. Therefore, promoting healthy dietary and lifestyles behaviors, and supplementing for deficiencies becomes a critical approach in preventing chronic disease development.
In this clinical study, we examined whether a multivitamin, multimineral and phytonutrient product could improve the nutritional status and reduce biomarkers of heart health risk in a Russian population with low fruit and vegetable intake. The primary outcome of the study was to evaluate the effect of a multivitamin, multimineral and phytonutrient (VMP) product on nutrient status and biomarkers of heart health risk factors; and secondary outcome was to test the safety and tolerability of a VMP product.

The study was 56-day (eight-week) randomized, double blind, placebo controlled clinical trial. One hundred twenty generally healthy (without chronic diseases) adults (40–70 years) from Moscow, Russia were recruited. Subjects had habitually low dietary intake of recommended foods, predominantly fruit and vegetable, as classified by a recommended food score (RFS) of <12 (score range, 0–23). The RFS is based on consumption of recommended foods in a 62-item Food Frequency Questionnaire (FFQ) with modifications according to availability of food items in the Russia area [19] (see Appendix A for list of foods). Subjects were randomized to either receive a placebo (PLA) (n = 60) or VMP (n = 60) supplement (Figure 1). The study was conducted at the Institute of Nutrition of Russian Academy of Medical Sciences and followed the Good Clinical Practice guidelines and the Declaration of Helsinki (1996). The study was approved by the Institute of Nutrition IRB (Moscow, Russia) according to Good Clinical Practice and Helsinki Declaration (Sixth revision, 2008). Table 1 shows the inclusion and exclusion criteria for subjects, and Table 2 illustrates the summary of study visits and procedures. This study was registered at ClinicalTrials.gov (NCT02224092).

There were two study samples: (1) a VMP; and (2) a PLA. Each sample contained three different types of tablets; (1) a vitamin; (2) a mineral; and (3) a phytonutrient. The VMP sample (six Nutrilite Double X™ tablets) provides the following micronutrients daily: 14 vitamins (800 μg Vit A, 5.0 μg Vit D, 16 mg Vit E, 55 μg Vit K, 2.0 mg Vit B1, 2.4 mg Vit B2, 3.0 mg Vit B6, 2.0 μg Vit B12, 180 mg Vit C, 26 mg niacin, 60 μg biotin, 3.0 mg β-carotene, 400 μg folate and 10 mg pantothenic acid), nine minerals (471 mg calcium, 5.0 mg iron, 37.5 μg iodine, 6 mg zinc, 0.75 mg copper, 1 mg manganese, 55 mg magnesium, 25 μg chromium and 50 μg selenium) and the phytonutrient tablet contained apple, bilberry, grape seeds, plum, pomegranate, cranberry juice, grape and rosemary extracts, and parsley, carrot, broccoli, spinach and horseradish powders. The PLA sample for this trial was formulated to match the shape and color of all VMP sample tablets, e.g., a vitamin placebo, a mineral placebo and a phytonutrient placebo. PLA sample contained dextrose (or maltodextrin), microcrystalline cellulose, croscarmellose sodium and magnesium stearate. All tablets were manufactured in a Good Manufacture Practice certified facility, Access Business Group International, LLC (Buena Park, CA, USA).
Subjects were instructed to consume study samples twice a day, once in the morning and once in evening with meal (6 tablets/day). To ensure compliance, each serving was packed in an individual sachet and a monthly supply was provided to participants. The directions for consumption of the different study samples were printed on the bag. Compliance was assessed by counting the number of tablets at each visit and patients were considered compliant if they took 80% or more of total number of VMP or PLA samples. Blood samples were collected from all subjects during office visits at baseline (Day 1 prior to consuming study samples), Day 28 and Day 56. All samples were stored at −80 °C until analysis.

Statistical analysis was done with Statistica 6.0 software by StatSoft (Tulsa, OK, USA). Graphical method (histograms) and non-parametrical test of Kolmogorov–Smirnov were used to verify the distribution of interval variables. Methods of parametric and non-parametric statistics were used based on the variables type and distribution and the number of controls. Student’s T-test and Mann–Whitney criteria were used to estimate the rate of differences between 2 independent selections. Student’s T-test and Wilcoxon’s criteria were used to estimate the rate of differences between 2 co-dependent selections. χ2 criteria or Fishers double-sided criteria was used to estimate reliability of quality parameters distribution. Benjamini–Hochberg procedure was used to control the False Discovery Rate (FDR) when performing multiple comparisons. Data are presented as mean value ± standard deviation except where dichotomized data is presented.

Authors would like to thank Anatoly Kutyshenko and Elena Pletneva for their assistance.

Employees of Access Business Group International, LLC and the Russia Institute of Nutrition had a role in the design of these experiments and the interpretation of the data. Y.L. and V.A.I. developed the study design. Y.L., V.A.I., A.A.B., V.V.B., T.B.S. and V.A.T. executed the trial and biochemical measurements. Y.L., V.K. and V.A.I. performed data analysis. J.H. and R.A.V. prepared and wrote manuscript. All authors participated in drafting of the manuscript and final approval. 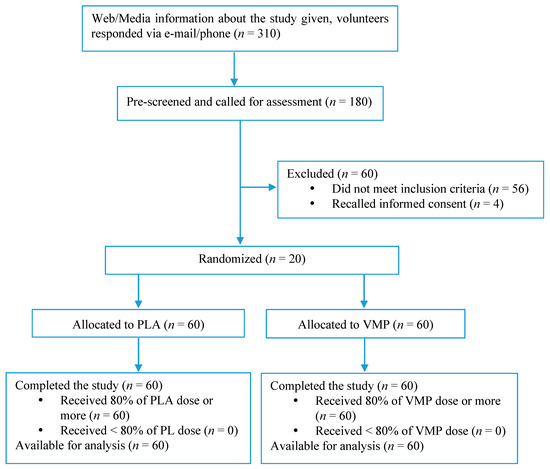 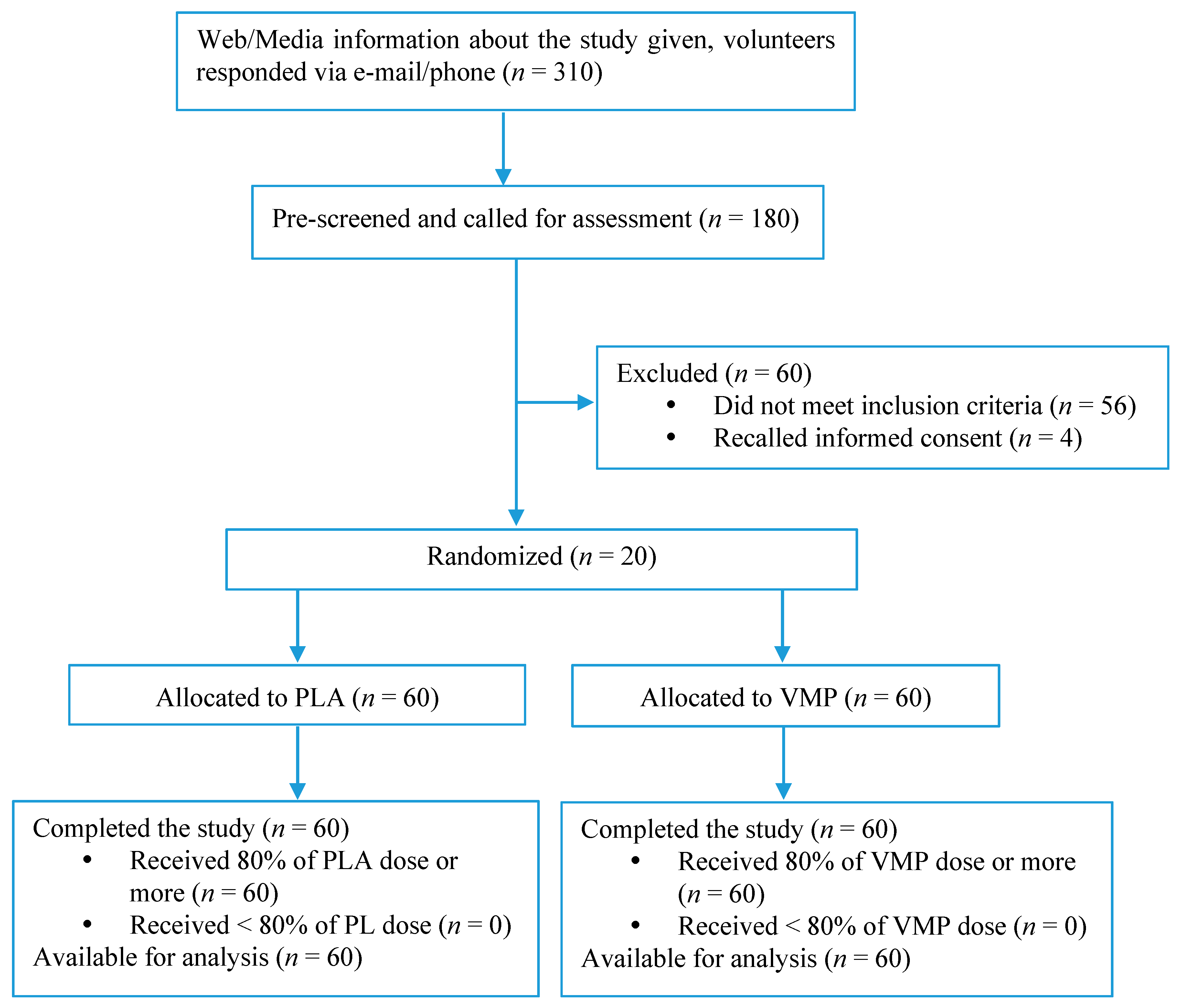