Deserts are critical environments because they cover 41% of the world’s land surface and are home to 2 billion residents. As highly dynamic biomes desert expansion and contraction is influenced by climate and anthropogenic factors with variability being a key part of the desertification debate across dryland regions. Evaluating a major world desert, the Gobi in East Asia, with high resolution satellite data and the meteorologically-derived Aridity Index from 2000 to 2012 identified a recent contraction of the Gobi. The fluctuation in area, primarily driven by precipitation, is at odds with numerous reports of human-induced desertification in Mongolia and China. There are striking parallels between the vagueness in defining the Gobi and the imprecision and controversy surrounding the Sahara desert’s southern boundary in the 1980s and 1990s. Improved boundary definition has implications fGobi; desert boundary; expansion and contraction; Aridity Index; NDVI; Mongolia; China or understanding desert “greening” and “browning”, human action and land use, ecological productivity and changing climate parameters in the region. The Gobi’s average area of 2.3 million km2 in the 21st century places it behind only the Sahara and Arabian deserts in size. View Full-Text
Keywords: Gobi; desert boundary; expansion and contraction; Aridity Index; NDVI; Mongolia; China Gobi; desert boundary; expansion and contraction; Aridity Index; NDVI; Mongolia; China
►▼ Show Figures 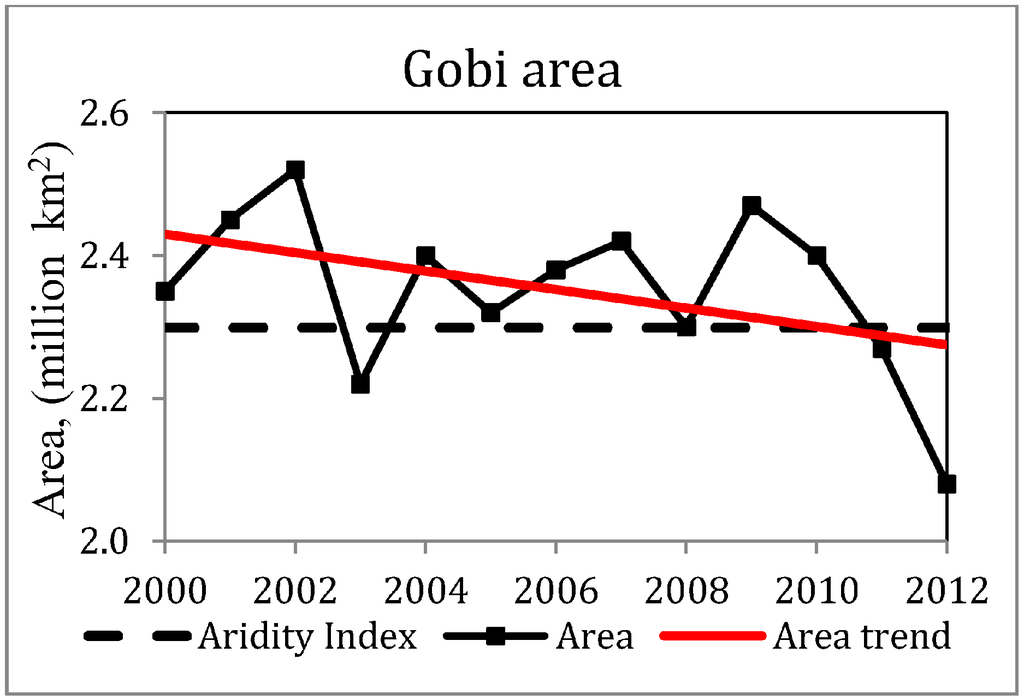