A data-driven method for describing the benthic cover type based on full-waveform bathymetric LiDAR data analysis is presented. The waveform of the bathymetric LiDAR return pulse is first modeled as a sum of three functions: a Gaussian pulse representing the surface return, a function modeling the backscatter and another Gaussian pulse modeling the return from the bottom surface. Two sets of variables are formed: one containing features describing the bottom return and the other describing various conditions, such as water quality and the depth of the seabed. Regression analysis is used to eliminate the effect of the condition variables on the features, after which the features are mapped onto a cell lattice using a self-organizing map (SOM). The cells of the SOM are grouped into seven clusters using the neighborhood distance matrix method. The clustering result is evaluated using the seabed substrate map based on sonar measurements, as well as delineation of photic zones in the study area. High correspondence between the clusters and the substrate type/photic zone has been obtained indicating that the proposed clustering method adequately describes the benthic cover in the study area. The bottom return pulse waveforms corresponding to the clusters and a cluster map of the study area are also presented. The method can be used for clustering full waveform bathymetric LiDAR data acquired from large areas to discover the structure of benthic cover types and to focus the field studies accordingly. View Full-Text
Keywords: bathymetric LiDAR; airborne laser bathymetry; benthic cover type classification; pulse waveform modeling; self-organizing map bathymetric LiDAR; airborne laser bathymetry; benthic cover type classification; pulse waveform modeling; self-organizing map
►▼ Show Figures 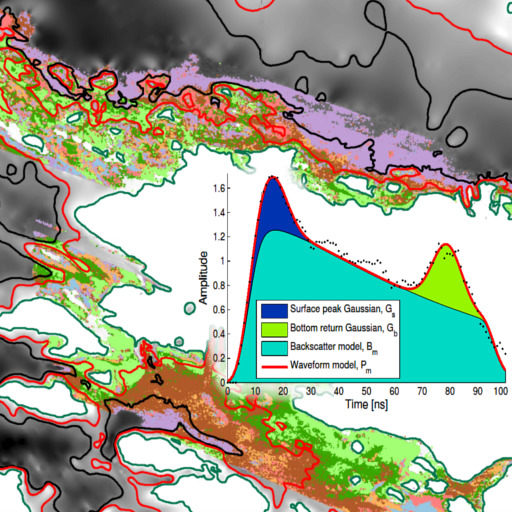