Hydrological Impacts of Urbanization of Two Catchments in Harare, Zimbabwe

By increased rural-urban migration in many African countries, the assessment of changes in catchment hydrologic responses due to urbanization is critical for water resource planning and management. This paper assesses hydrological impacts of urbanization on two medium-sized Zimbabwean catchments (Mukuvisi and Marimba) for which changes in land cover by urbanization were determined through Landsat Thematic Mapper (TM) images for the years 1986, 1994 and 2008. Impact assessments were done through hydrological modeling by a topographically driven rainfall-runoff model (TOPMODEL). A satellite remote sensing based ASTER 30 metre Digital Elevation Model (DEM) was used to compute the Topographic Index distribution, which is a key input to the model. Results of land cover classification indicated that urban areas increased by more than 600 % in the Mukuvisi catchment and by more than 200 % in the Marimba catchment between 1986 and 2008. Woodlands decreased by more than 40% with a greater decrease in Marimba than Mukuvisi catchment. Simulations using TOPMODEL in Marimba and Mukuvisi catchments indicated streamflow increases of 84.8 % and 73.6 %, respectively, from 1980 to 2010. These increases coincided with decreases in woodlands and increases in urban areas for the same period. The use of satellite remote sensing data to observe urbanization trends in semi-arid catchments and to represent catchment land surface characteristics proved to be effective for rainfall-runoff modeling. Findings of this study are of relevance for many African cities, which are experiencing rapid urbanization but often lack planning and design. View Full-Text
Keywords: urbanization; rainfall; remote sensing; runoff; TOPMODEL urbanization; rainfall; remote sensing; runoff; TOPMODEL
►▼ Show Figures 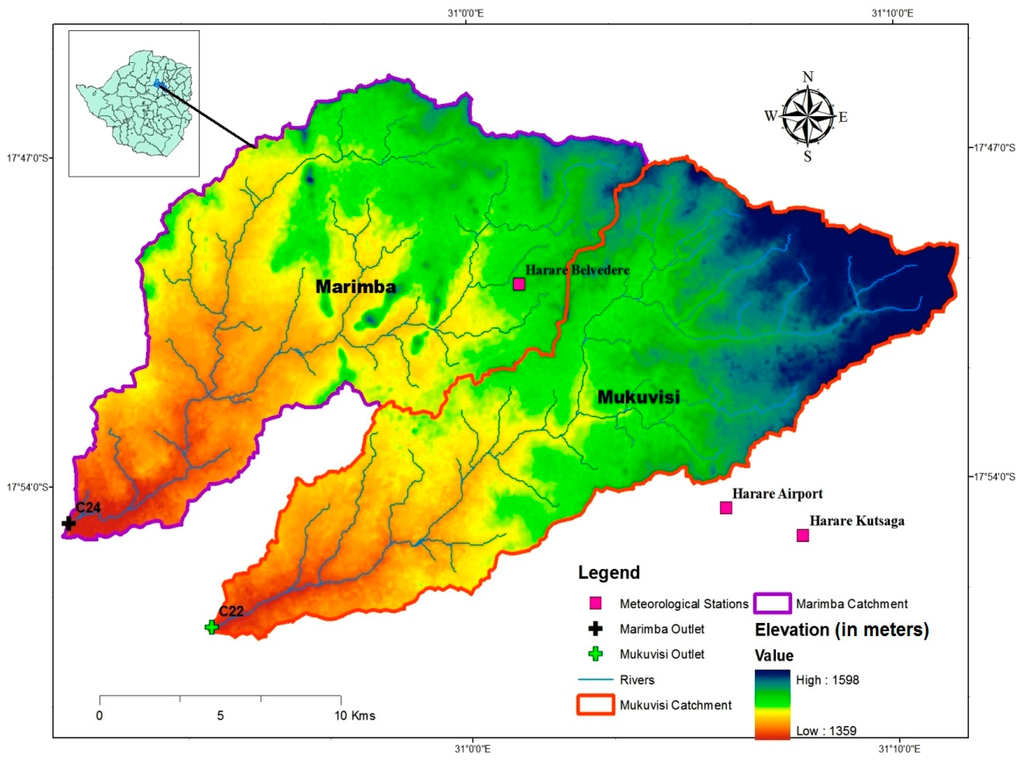