The Spectral Response of the Landsat-8 Operational Land Imager

Abstract: This paper discusses the pre-launch spectral characterization of the Operational Land Imager (OLI) at the component, assembly and instrument levels and relates results of those measurements to artifacts observed in the on-orbit imagery. It concludes that the types of artifacts observed and their magnitudes are consistent with the results of the pre-launch characterizations. The OLI in-band response was characterized both at the integrated instrument level for a sampling of detectors and by an analytical stack-up of component measurements. The out-of-band response was characterized using a combination of Focal Plane Module (FPM) level measurements and optical component level measurements due to better sensitivity. One of the challenges of a pushbroom design is to match the spectral responses for all detectors so that images can be flat-fielded regardless of the spectral nature of the targets in the imagery. Spectral variability can induce striping (detector-to-detector variation), banding (FPM-to-FPM variation) and other artifacts in the final data products. Analyses of the measured spectral response showed that the maximum discontinuity between FPMs due to spectral filter differences is 0.35% for selected targets for all bands except for Cirrus, where there is almost no signal. The average discontinuity between FPMs is 0.12% for the same targets. These results were expected and are in accordance with the OLI requirements. Pre-launch testing identified low levels (within requirements) of spectral crosstalk amongst the three HgCdTe (Cirrus, SWIR1 and SWIR2) bands of the OLI and on-orbit data confirms this crosstalk in the imagery. Further post-launch analyses and simulations revealed that the strongest crosstalk effect is from the SWIR1 band to the Cirrus band; about 0.2% of SWIR1 signal leaks into the Cirrus. Though the total crosstalk signal is only a few counts, it is evident in some scenes when the in-band cirrus signal is very weak. In moist cirrus-free atmospheres and over typical land surfaces, at least 30% of the cirrus signal was due to the SWIR1 band. In the SWIR1 and SWIR2 bands, crosstalk accounts for no more than 0.15% of the total signal. View Full-Text
Keywords: Landsat-8; OLI; spectral response; RSR; characterization Landsat-8; OLI; spectral response; RSR; characterization
►▼ Show Figures 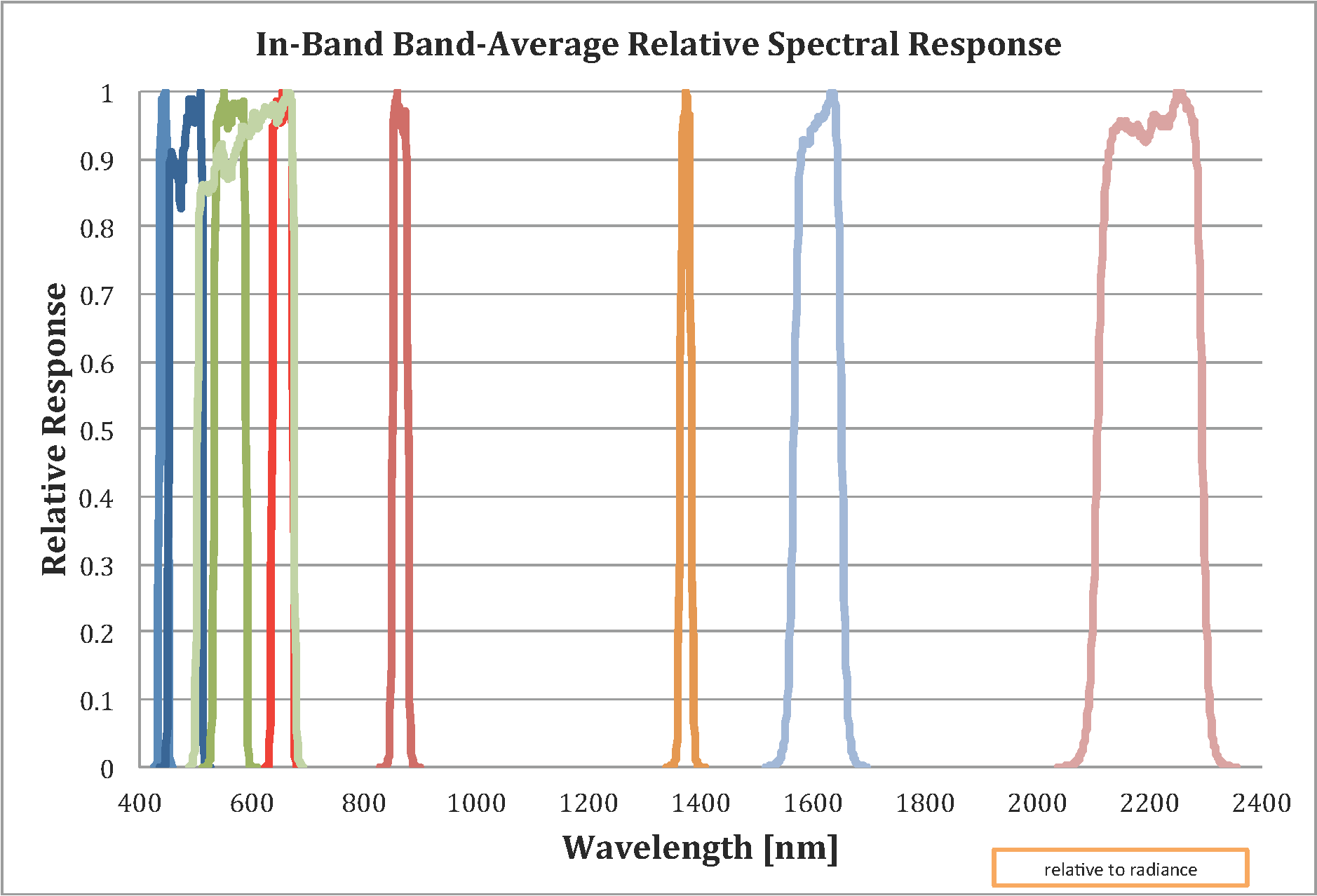