Land Cover and Land Use Classification with TWOPAC: towards Automated Processing for Pixel- and Object-Based Image Classification
Next Article in Special Issue

The unique ecosystems of the Hawaiian Islands are progressively being threatened following the introduction of exotic species. Operational implementation of remote sensing for the detection, mapping and monitoring of these biological invasions is currently hampered by a lack of knowledge on the spectral separability between native and invasive species. We used spaceborne imaging spectroscopy to analyze the seasonal dynamics of the canopy hyperspectral reflectance properties of four tree species: (i) Metrosideros polymorpha, a keystone native Hawaiian species; (ii) Acacia koa, a native Hawaiian nitrogen fixer; (iii) the highly invasive Psidium cattleianum; and (iv) Morella faya, a highly invasive nitrogen fixer. The species specific separability of the reflectance and derivative-reflectance signatures extracted from an Earth Observing-1 Hyperion time series, composed of 22 cloud-free images spanning a period of four years and was quantitatively evaluated using the Separability Index (SI). The analysis revealed that the Hawaiian native trees were universally unique from the invasive trees in their near-infrared-1 (700–1,250 nm) reflectance (0.4 > SI > 1.4). Due to its higher leaf area index, invasive trees generally had a higher near-infrared reflectance. To a lesser extent, it could also be demonstrated that nitrogen-fixing trees were spectrally unique from non-fixing trees. The higher leaf nitrogen content of nitrogen-fixing trees was expressed through slightly increased separabilities in visible and shortwave-infrared reflectance wavebands (SI = 0.4). We also found phenology to be key to spectral separability analysis. As such, it was shown that the spectral separability in the near-infrared-1 reflectance between the native and invasive species groups was more expressed in summer (SI > 0.7) than in winter (SI < 0.7). The lowest separability was observed for March-July (SI < 0.3). This could be explained by the invasives taking advantage of the warmer summer period to expand their canopy. There was, however, no specific time window or a single spectral region that always defined the separability of all species groups, and thus intensive monitoring of plant phenology as well as the use of the full-range (400–2,500 nm) spectrum was highly advantageous in differentiating each species. These results set a basis for an operational invasive species monitoring program in Hawai’i using spaceborne imaging spectroscopy. View Full-Text
Keywords: Earth Observing-1; Hyperion; Morella faya; Psidium cattleianum; Spectral Separability Index; phenology; time series analysis Earth Observing-1; Hyperion; Morella faya; Psidium cattleianum; Spectral Separability Index; phenology; time series analysis
►▼ Show Figures 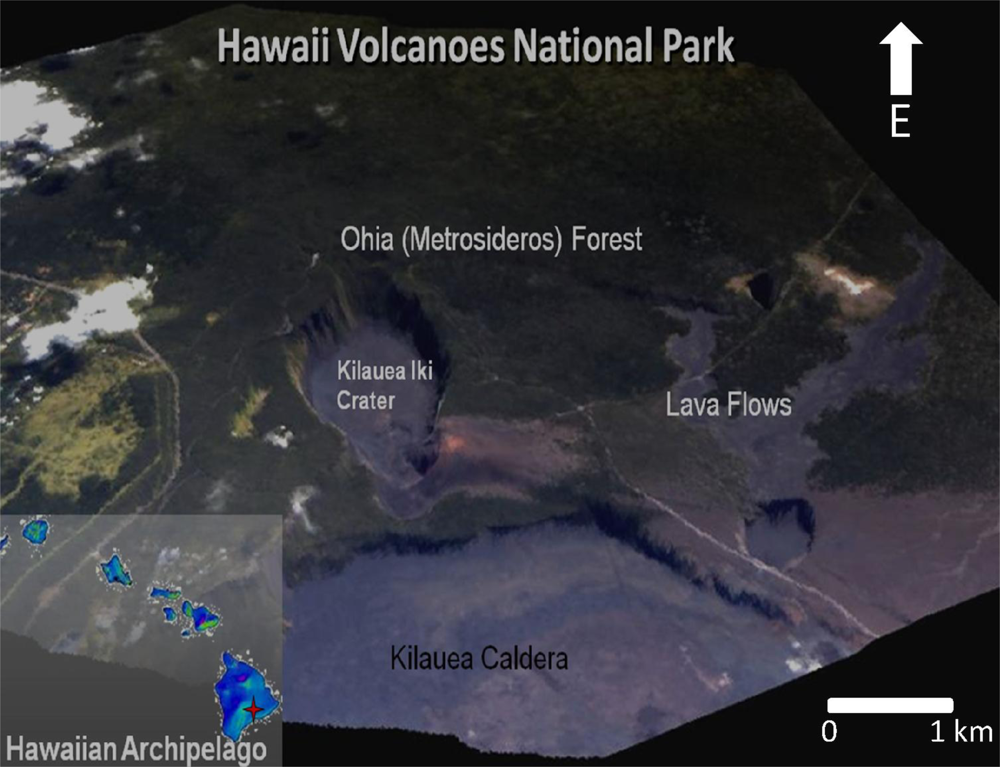