Impacts of Coastal Inundation Due to Climate Change in a CLUSTER of Urban Coastal Communities in Ghana, West Africa

The increasing rates of sea level rise caused by global warming within the 21st century are expected to exacerbate inundation and episodic flooding tide in low-lying coastal environments. This development threatens both human development and natural habitats within such coastal communities. The impact of sea level rise will be more pronounced in developing countries where there is limited adaptation capacity. This paper presents a comprehensive assessment of the expected impacts of sea level rise in three communities in the Dansoman coastal area of Accra, Ghana. Future sea level rises were projected based on global scenarios and the Commonwealth Scientific and Industrial Research Organization General Circulation Models—CSIRO_MK2_GS GCM. These were used in the SimCLIM model based on the modified Bruun rule and the simulated results overlaid on near vertical aerial photographs taken in 2005. It emerged that the Dansoman coastline could recede by about 202 m by the year 2100 with baseline from 1970 to 1990. The potential impacts on the socioeconomic and natural systems of the Dansoman coastal area were characterized at the Panbros, Grefi and Gbegbeyise communities. The study revealed that about 84% of the local dwellers is aware of the rising sea level in the coastal area but have poor measures of adapting to the effects of flood disasters. Analysis of the likely impacts of coastal inundation revealed that about 650,000 people, 926 buildings and a total area of about 0.80 km2 of land are vulnerable to permanent inundation by the year 2100. The study has shown that there will be significant losses to both life and property by the year 2100 in the Dansoman coastal community in the event of sea level rise. View Full-Text
Keywords: sea level rise; adaptation; climate change; inundation; coastal erosion; Ghana sea level rise; adaptation; climate change; inundation; coastal erosion; Ghana
►▼ Show Figures 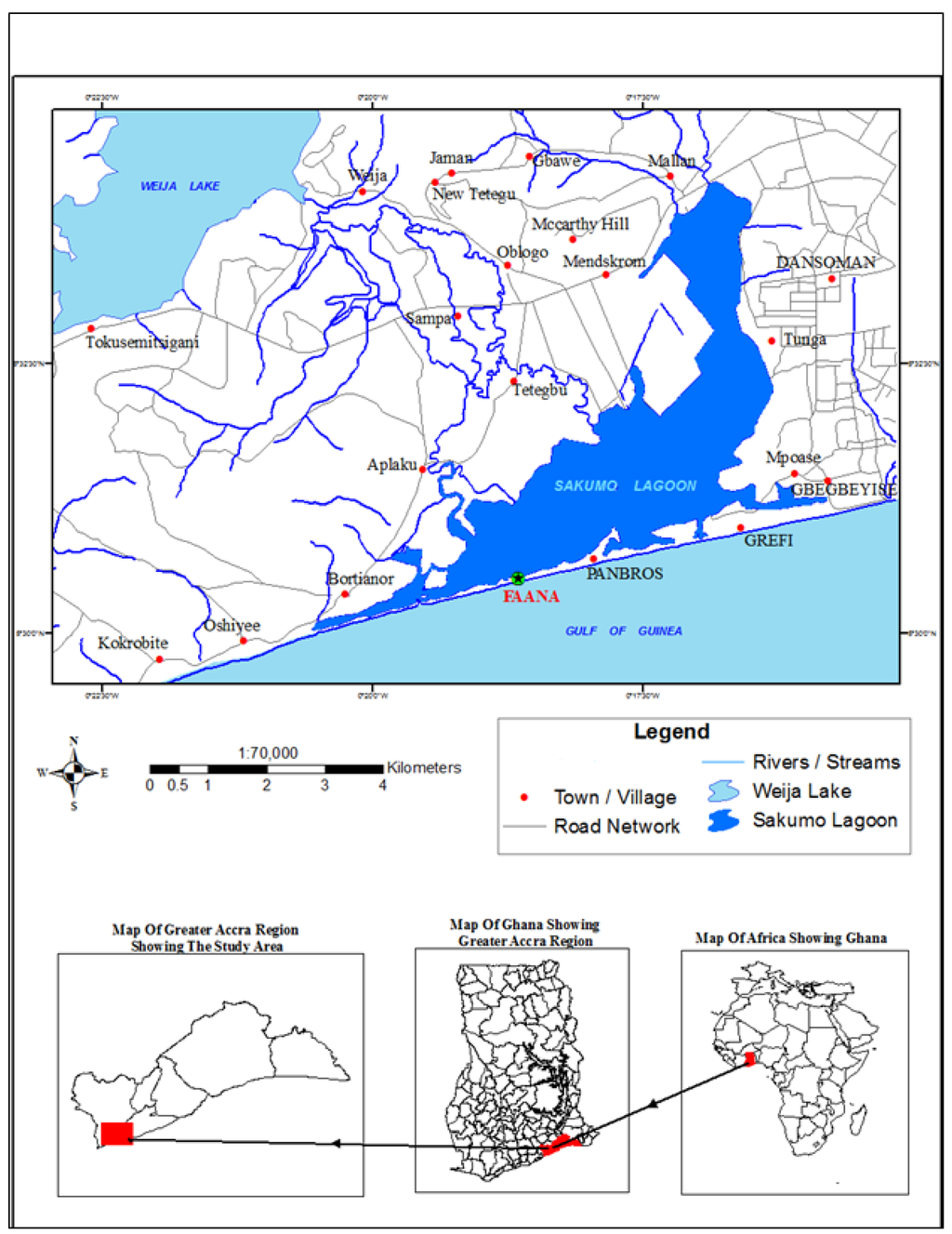