This study aims to calculate and analyse the spatial and temporal variation of aerosol optical thickness (AOT) and precipitable water vapour (PWV) and their effects on solar radiation at the surface in the Mediterranean basin, one of the maritime areas with the largest aerosol loads in the world. For the achievement of this objective, a novel and validated methodology was applied. Satellite data, specifically CERES (Clouds and the Earth’s Radiant Energy System) SYN1deg products during the period 2000–2018, were used. Results show that the spatial distribution of AOT and PWV are closely linked to the spatial distributions of its effects on solar radiation. These effects are negative, indicating a reduction of solar radiation reaching the surface due to aerosol and water vapour effects. This reduction ranges between 2% and 8% for AOT, 11.5% and 15% for PWV and 14% and 20% for the combined effect. The analysis of the temporal distribution has focused on the detection of trends from their anomalies. This study has contributed to a better understanding of AOT and PWV effects on solar radiation over the Mediterranean basin, one of the most climatically sensitive regions of the planet, and highlighted the importance of water vapour.
Keywords: radiative effects; aerosol optical depth; precipitable water vapour; Mediterranean basin; CERES radiative effects; aerosol optical depth; precipitable water vapour; Mediterranean basin; CERES

Atmospheric aerosols and water vapour play an important role in the Earth’s radiation balance, modifying the solar radiation that reaches the Earth’s surface. When interacting with these atmospheric constituents, the solar radiation is affected by scattering and absorption processes. The effects of these constituents on the surface solar radiation are very important, affecting the diurnal and seasonal temperature variations (e.g., [1]), the surface energy balance (e.g., [2]), as well as the water cycle (e.g., [3]).
The Mediterranean basin, including the Mediterranean Sea and the surrounding land masses of Europe, Africa and Asia, is a very interesting region to analyse aerosol and water vapour effects on surface solar radiation. This interest is due to several reasons: the first and most important is that the Mediterranean basin is one of the regions most vulnerable to climate change [4]. This vulnerability is due to the fact that its meteorology is strongly influenced by the ocean-land interactions and by the complex orography, modifying the thermal regime and hydrological cycles. Another reason is that it is one of the sea areas with the highest aerosol load in the world [5]. In the Mediterranean basin, aerosols from different natural and anthropogenic sources converge and are mixed, such as mineral dust from African and the Middle Eastern deserts, pollution from Europe and nearby coastal regions and marine aerosols [6]. This, together with the prolonged duration of sunlight and the small cloud cover in summer, produces large radiative effects. Several studies confirm that aerosol radiative effects during summer over the Mediterranean basin are among the highest in the world [7,8]. Another factor to be considered is the existence of an important source of water vapour in this region, the Mediterranean Sea, allowing for the study of the availability of water vapour over the Mediterranean basin and their radiative effects.
Due to great interest on the Mediterranean basin, several studies have analysed aerosols, water vapour and their effects on solar radiation in this area [9,10,11,12,13,14,15,16,17,18]. However, most of these studies are local (measurements taken at specific locations) or use a short period of study (specific campaigns), preventing a complete analysis of the spatial and temporal variability. Thus, only a few studies analyse the existence of trends in aerosols (e.g., [16]), water vapour (e.g., [19,20]) or their effects (e.g., [21]). The detection of long-term trends is of great interest because they help to understand the aerosol and water vapour cycles.
The main limitation of the existing studies comes from the fact that they examine the effect of aerosols (e.g., [9,10,11,12,13,14,17]) or water vapour (e.g., [15,18,22]) individually. Thus, to our knowledge, only the study by Obregón et al. [23] has analysed the joint effect of both atmospheric constituents and focuses on nine specific stations representative of different regions of the world. Studying the joint effect is of great interest since aerosols and water vapour are always present in the atmosphere, producing interactions between them that are masked if considered individually.
In this study, we propose to extend this methodology to a wide area such as the Mediterranean basin. For this purpose, data from CERES (Cloud and Earth Radiant Energy System) satellites have been used. Satellites provide long-term data records with a large spatial coverage, being the ideal source of information for this type of studies. They have already been used to monitor aerosols [17,24] and water vapour [25] in the Mediterranean basin but, as mentioned above, none of the previous studies have analysed the combined effect of both components.
Therefore, the present study aims to calculate and analyse the spatial and temporal variation of aerosols and water vapour and their combined effect on solar irradiation at ground level in the Mediterranean basin. In addition, the individual effects of aerosols and water vapour were calculated for comparison purposes. In contrast to previous existing studies, mainly focused on short campaigns and specific locations, this is, to our knowledge, the first study that analyses the combined effect of aerosols and water vapour in a wide area for a long period. In fact, the study period extends along 19 years (from 2000 to 2018), using one of the longest remote sensing derived climate data sets in the region, with the advantage of covering a wide area that is also considered one of the regions in the world most sensitive to climate change. Other authors have used shorter time series to evaluate AOD and PWV trends [26,27]. It is also the first study to apply a new methodology (which has been successfully tested on nine specific stations previously [23]) to a wide area, taking advantage of the extensive coverage provided by satellites. The long period and the wide area allow this study to perform a complete and significant analysis of the spatial and temporal variability of the area. The interest is enhanced by its application to the Mediterranean basin. As mentioned before, this area is of high importance due to its large vulnerability to climate change and because of being one of the sea areas with the highest aerosol load in the world.
The paper is structured as follows: The dataset and the methodology are presented in Section 2, the obtained results are discussed in Section 3, and the conclusions are summarized in Section 4.

In this study, the spatial and temporal variation of AOT and PWV and their effects on solar radiation at the surface in the Mediterranean basin have been calculated and analysed. This region is one of the most climatically sensitive regions of the planet due, among other things, to being one of the maritime areas with the largest aerosol load in the world and also to containing an important source of water vapour, the Mediterranean Sea. To solve the problem of spatial coverage limitation, satellite data, specifically CERES SYN1deg products, version Ed4A, have been used. The study period extends from 2000 to 2018. AOT effect, PWV effect and the combined effect of AOT and PWV have been calculated applying the novel and validated methodology proposed by Obregón et al. [23].
The results show that the spatial distributions of AOT and PWV are closely linked to the spatial distributions of theirs effects on solar radiation at the surface. The highest AOT values are located in North Africa, due to the influence of the Sahara Desert, while the lowest AOT values are located in the Iberian Peninsula and Southern France. In the case of PWV, the highest values are obtained over water-covered surfaces since these constitute sources of moisture. AOT effects and PWV effects are negative, indicating a reduction of solar radiation reaching the surface due to aerosol and water vapour effects. This reduction ranges between 2% and 8% for AOT and between 11.5% and 15% for PWV. Therefore, in average, PWV effect is greater than AOT effect. The combined effect of AOT and PWV has also been calculated, obtaining also negative values, between 14% and 20%. The analysis of the spatial distribution of AOT-PWV effects shows that the highest effects occur over North Africa and southern Mediterranean Sea, coinciding with the areas with the greatest influence of aerosols and water vapour when considered individually.
The analysis of the temporal distribution has focused on the detection of trends from their anomalies. AOT trends are negative throughout the study region, except in the west Middle East. However, this positive trend is not significant. On average, the trend in AOT is equal to −0.021 per decade. This decrease in AOT values throughout the study period is also observed in AOT effect trend, whose value is equal to 0.386% per decade, resulting in an absolute AOT effect decrease of 0.728%. In the case of PWV, positive trend, equal to 0.553 mm per decade, is obtained. This increase in PWV values is only significant in regions of North Africa, specifically Algeria and Egypt. In regards to PWV effect, trend is not significant in any pixel. On average, PWV effect trend is equal to −0.115% per decade during the period 2000–2019 for the entire study region, resulting in an absolute PWV effect increase of 0.217%. The trend of AOT-PWV effect is 0.195% per decade, similar to the trend of AOT effect, although the values are approximately half lower due to the influence of PWV effect, whose trend is opposite.
This study has contributed to a better understanding of AOT and PWV effects on solar radiation over the Mediterranean basin, since they are two important atmospheric constituents in this region and have high effects on solar radiation at the surface. Therefore, the combined analysis of aerosol and water vapour is suggested in studies focused on the Mediterranean basin. The observational assessment of AOT and PWV effects on solar radiation in the Mediterranean basin is undoubtedly important for fields such as climate and land surface modelling where process understanding and model evaluation are crucial, as well as for energy meteorology, supporting for example the planning of future locations of solar power plants.

This work was partially supported by FCT (Fundação para a Ciência e a Tecnologia) through the grant SFRH/BPD/86498/2012 with national funding. The work is co-funded by the European Union through the European Regional Development Fund, included in the COMPETE 2020 (Operational Program Competitiveness and Internationalization) through the ICT project (UIDB/04683/2020) with the reference POCI-01-0145- FEDER-007690 and also through TOMAQAPA (PTDC/CTAMET/ 29678/2017) and CILIFO (0753_CILIFO_5_E) projects. The work has been also partially funded by FEDER/Ministerio de Ciencia, Innovación y Univeridades-Agencia Estatal de Investigación through project RTI 2018-097332-8-C22, and by Junta de Extremadura-FEDER through project GR18097.

The authors thank NASA Langley Research Center Atmospheric Sciences Data Center for the data provided to carry out this work. 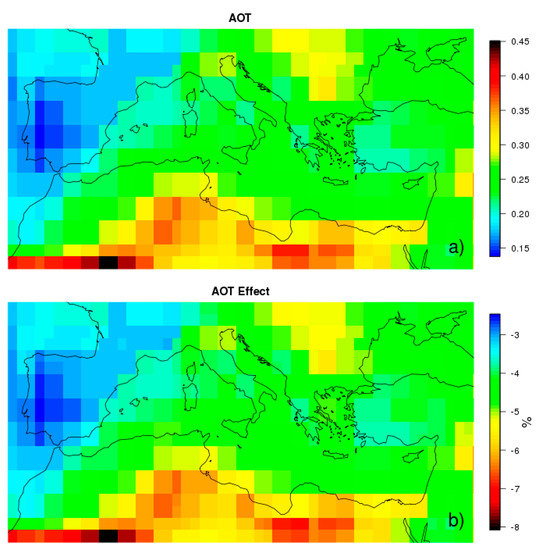 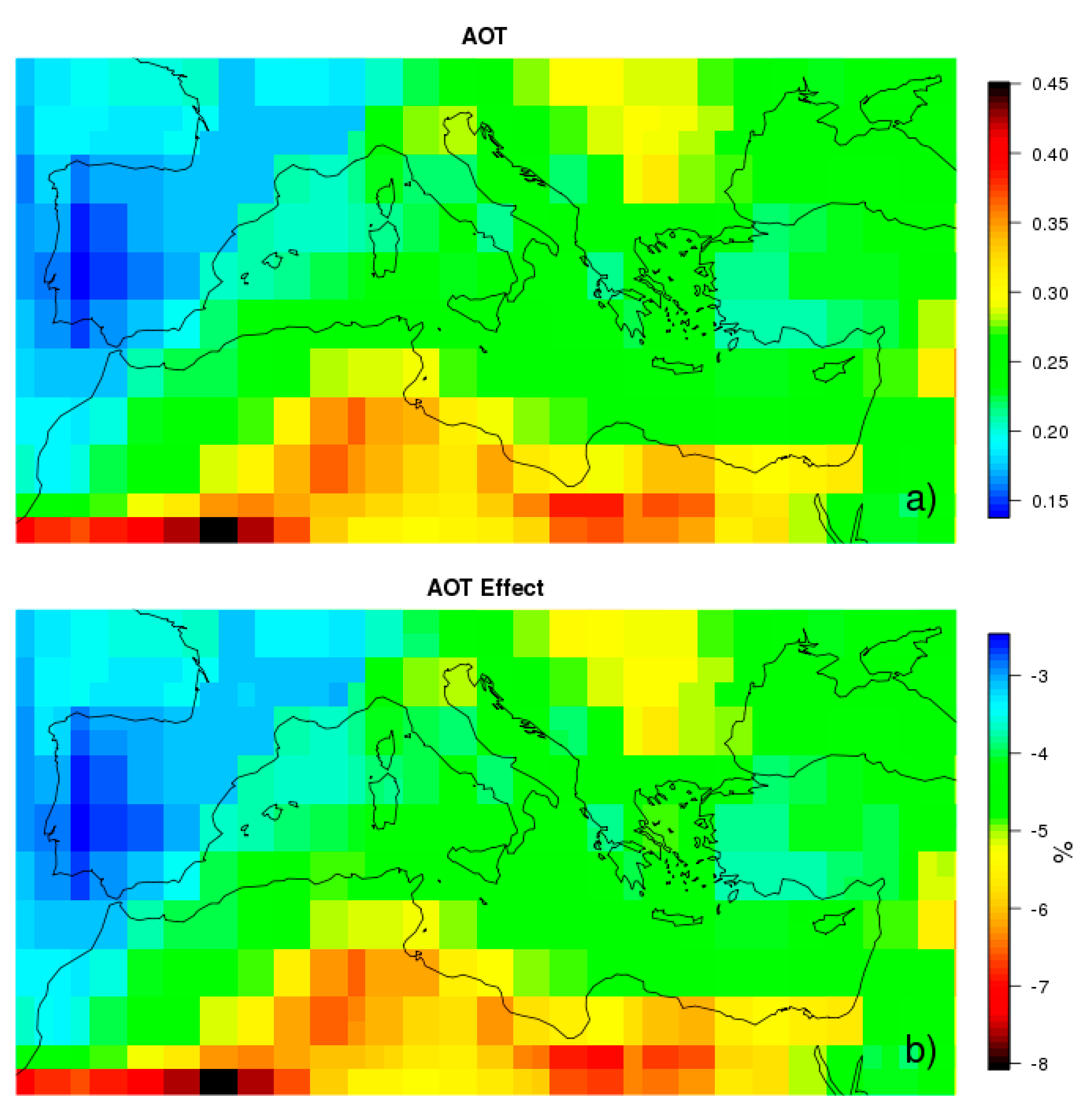 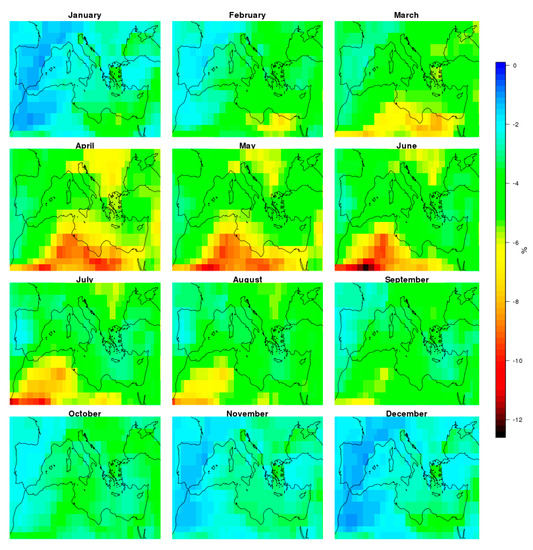 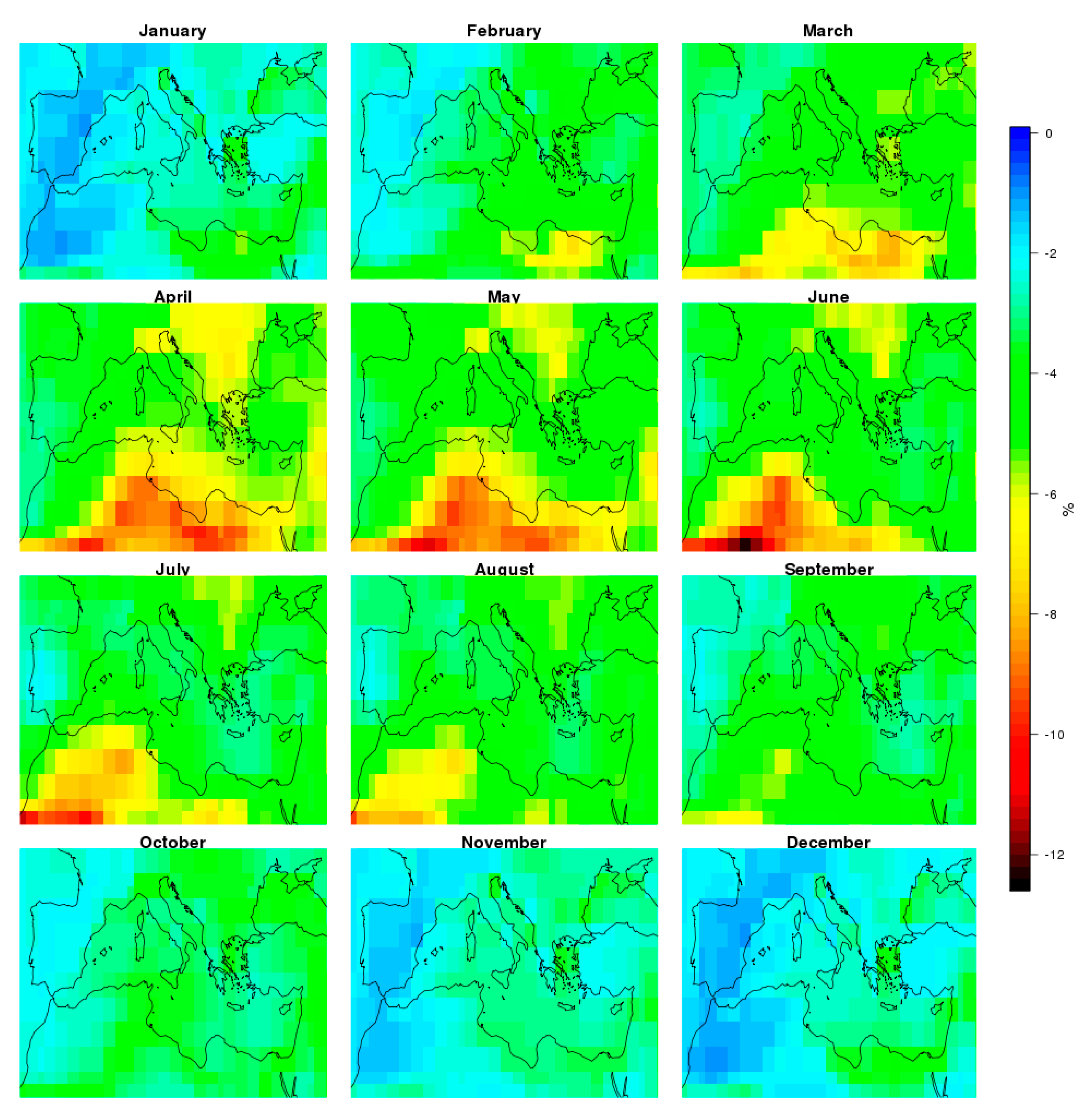 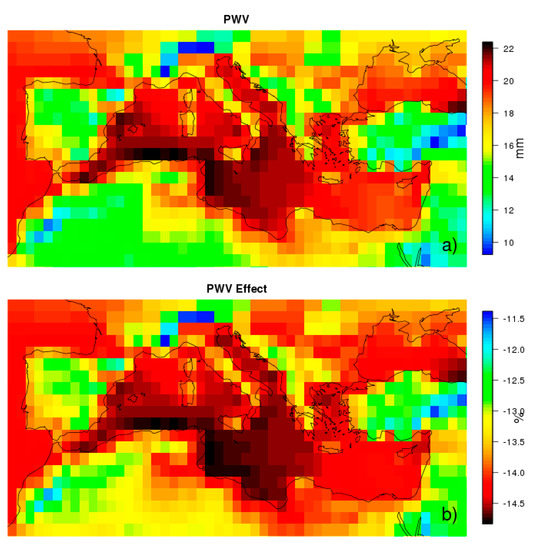 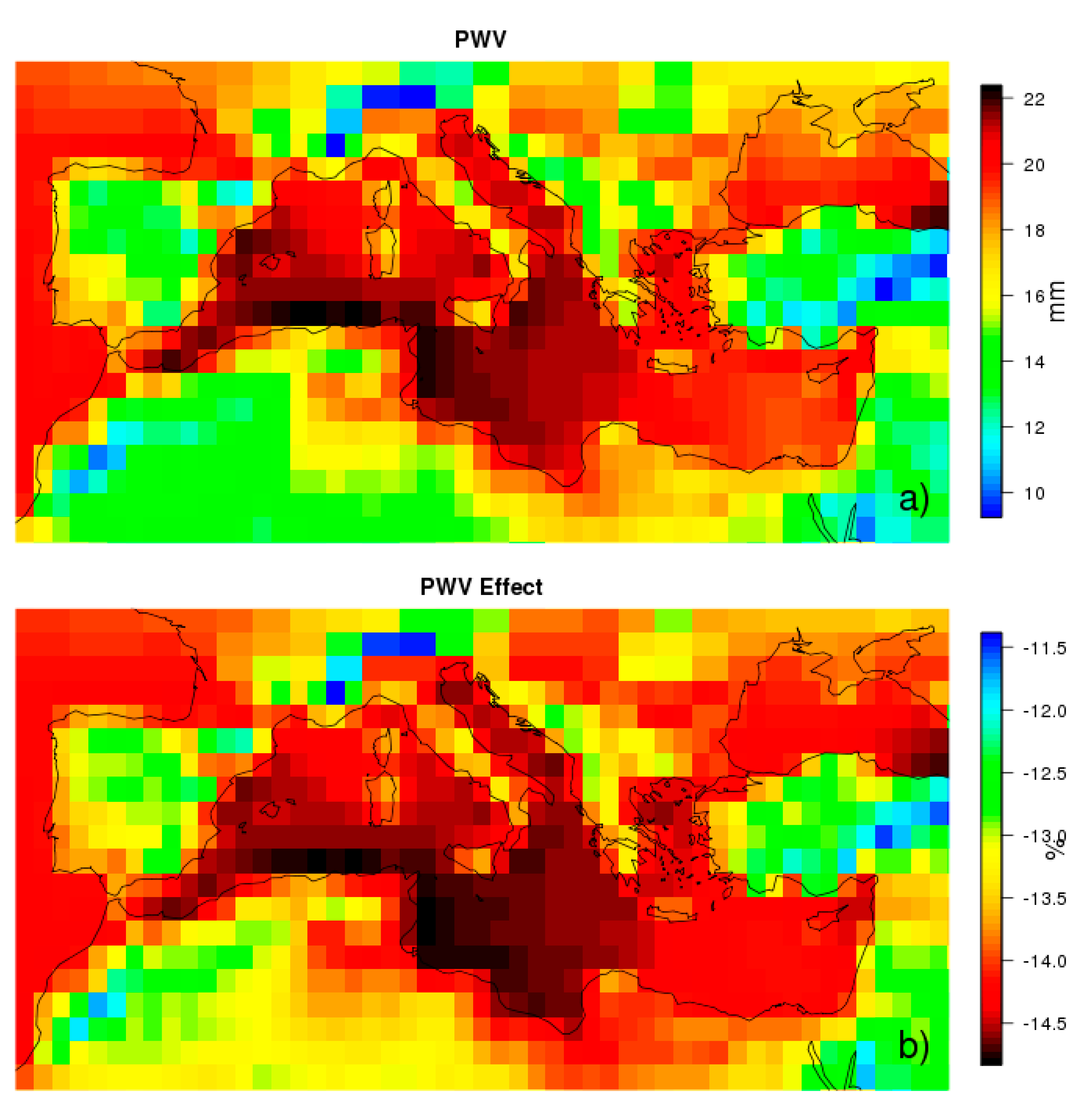 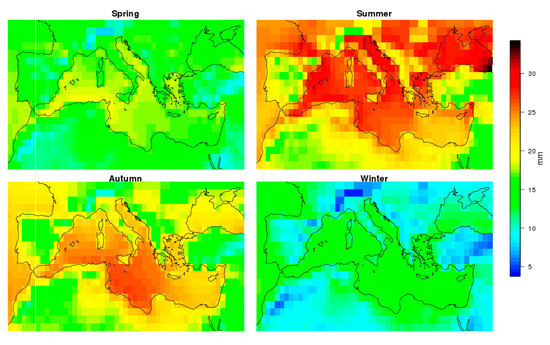 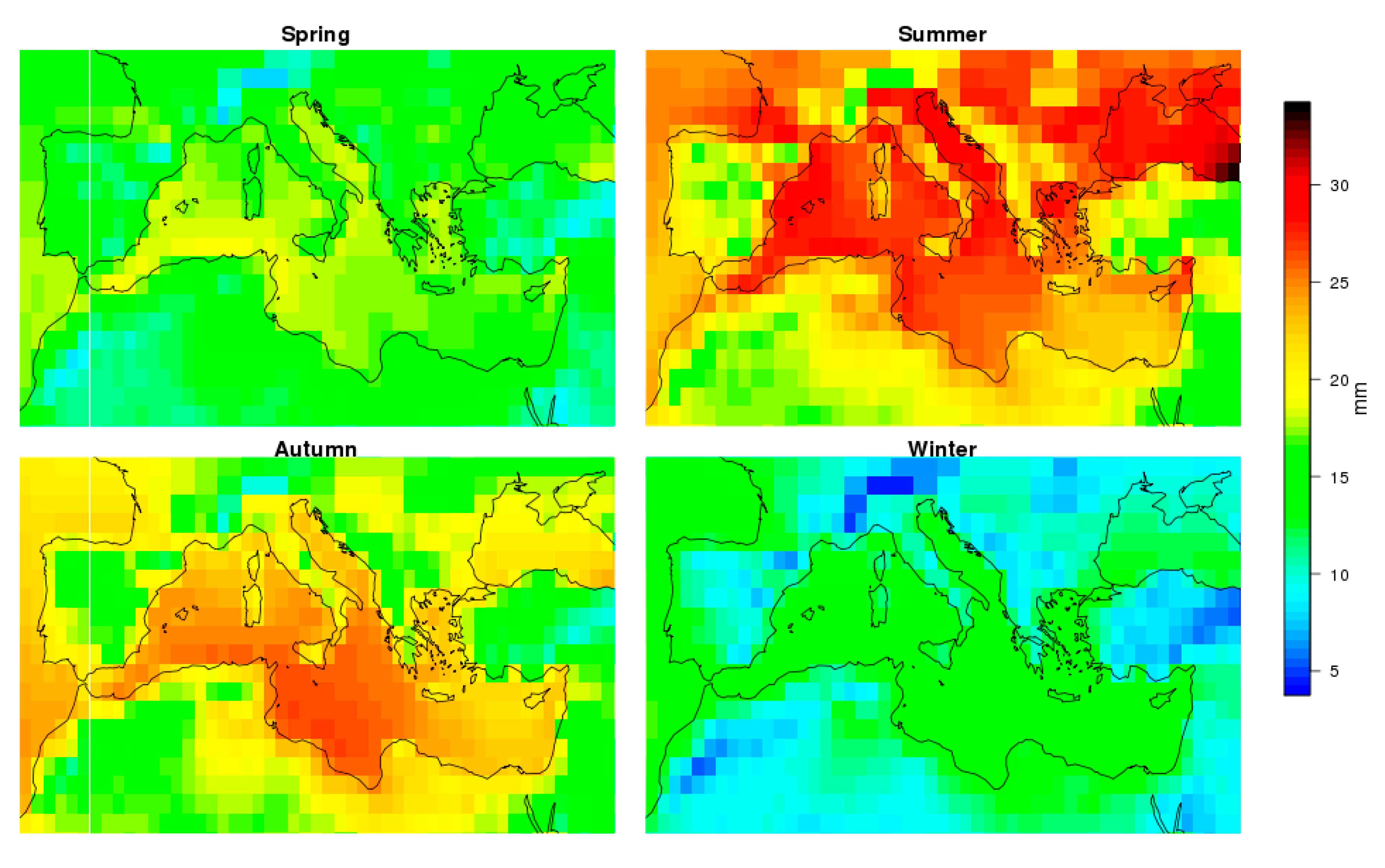 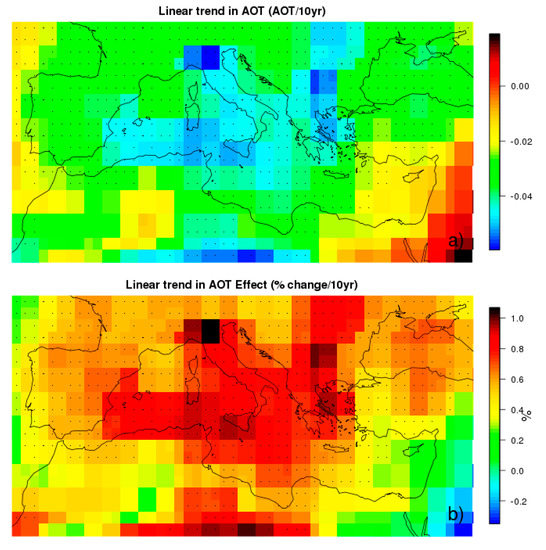 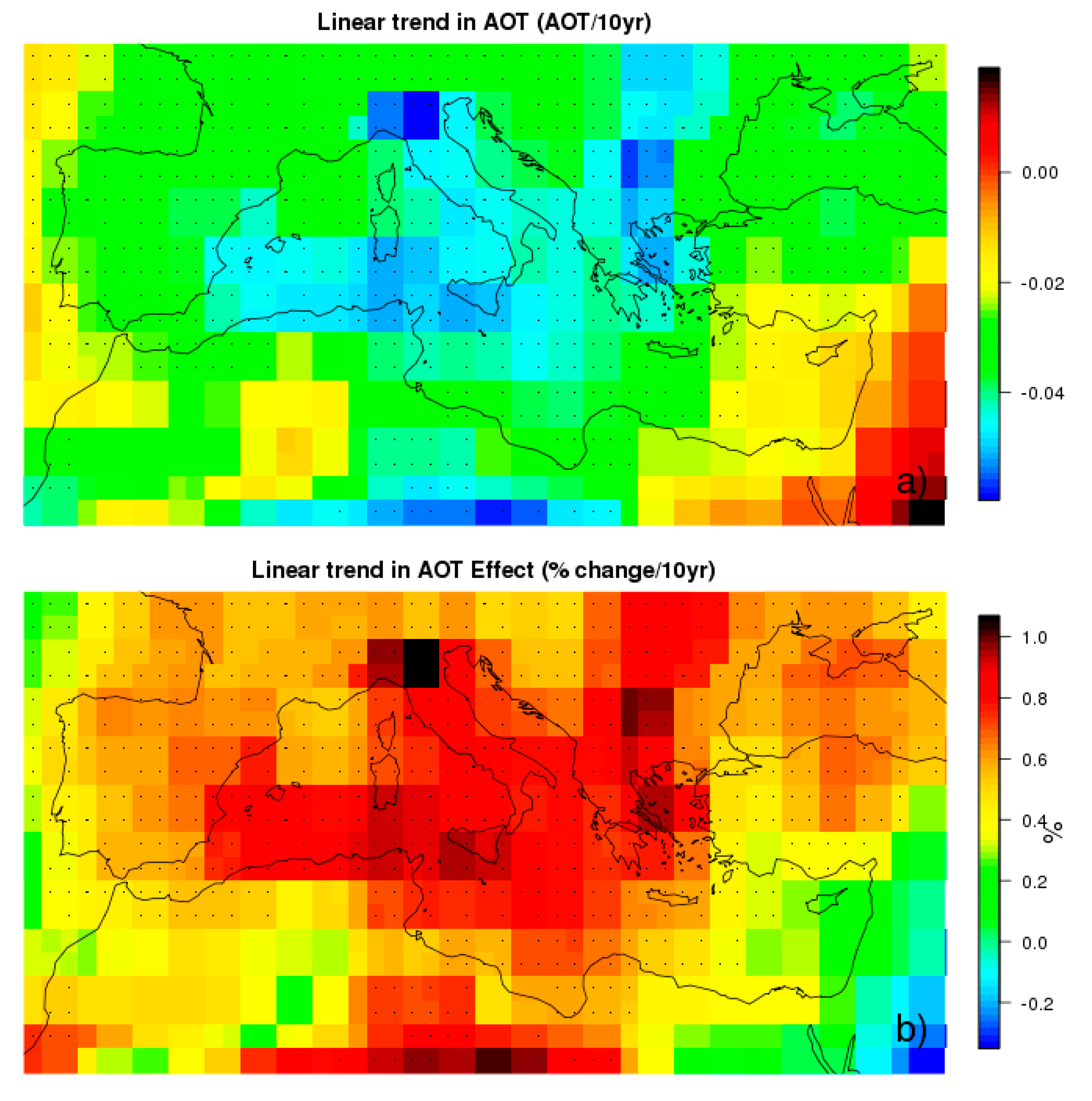 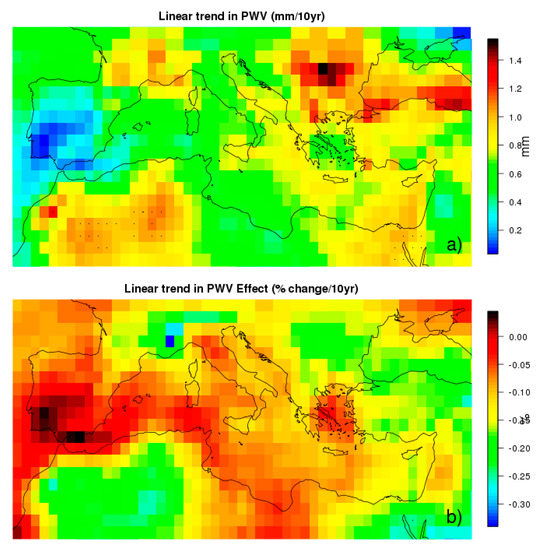 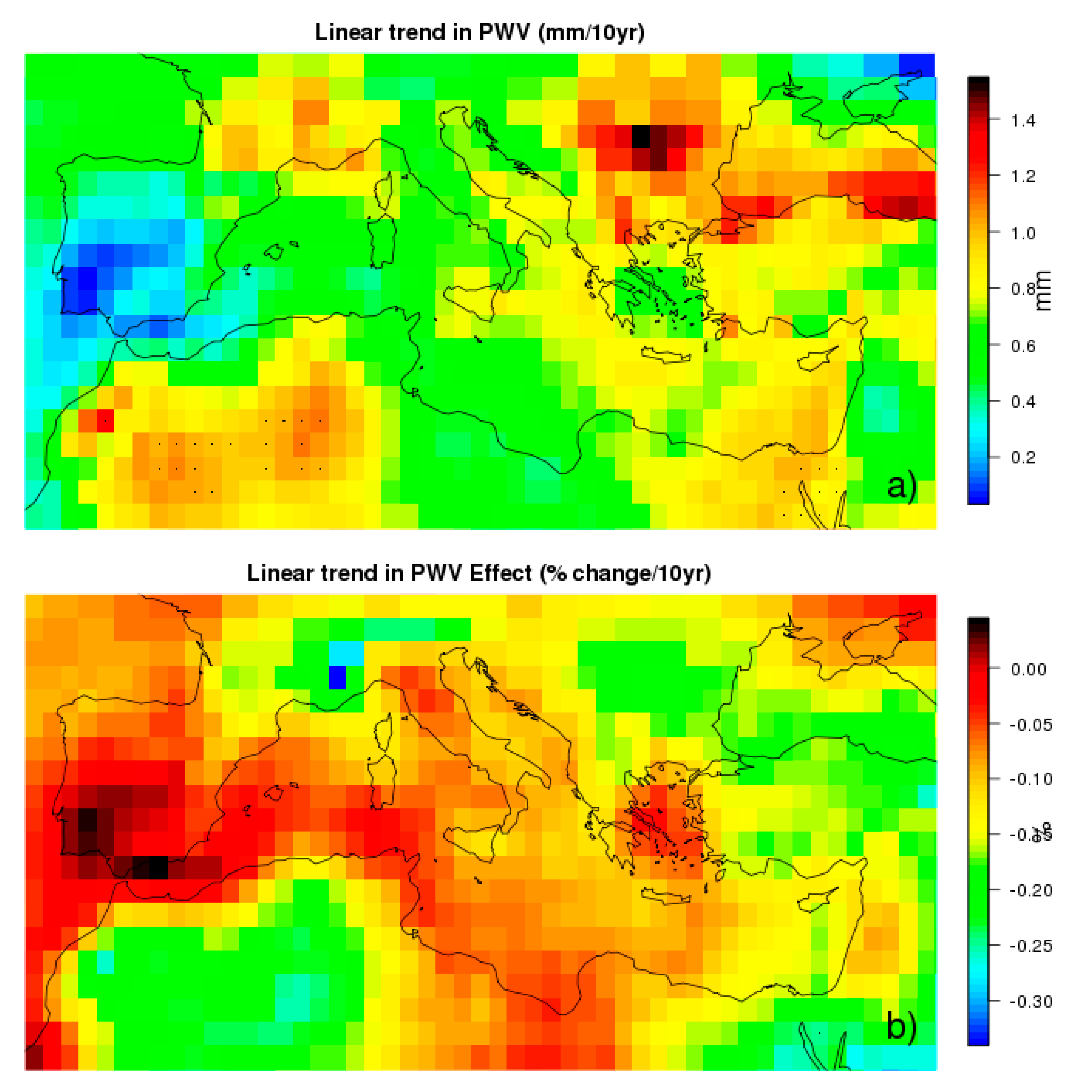 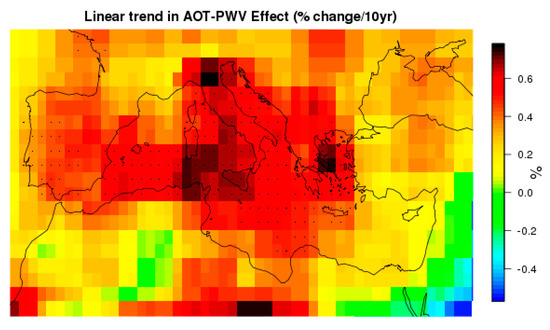 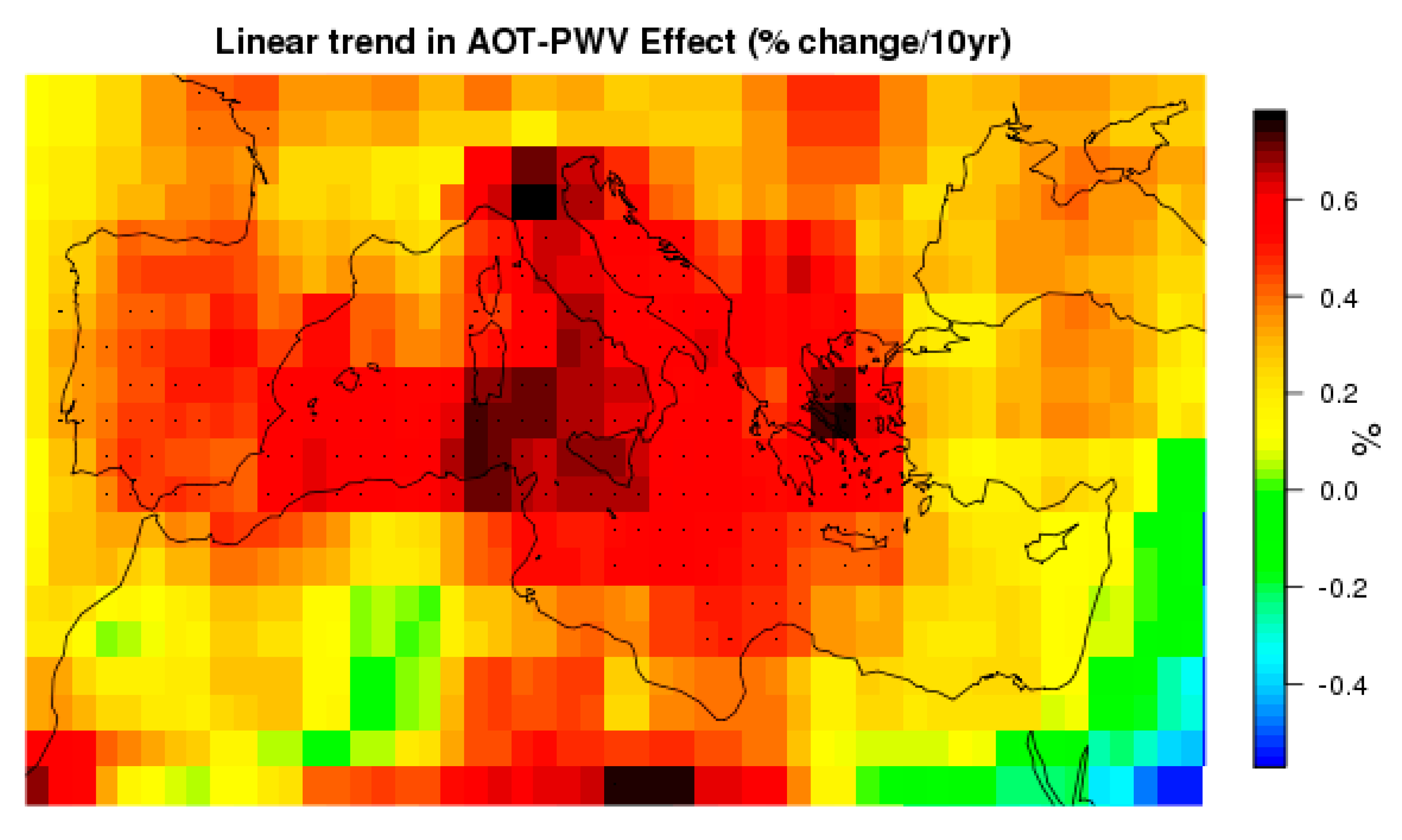