Identifying Tourist Places of Interest Based on Digital Imprints: Towards a Sustainable Smart City
Next Article in Special Issue

On Innovative Cool-Colored Materials for Building Envelopes: Balancing the Architectural Appearance and the Thermal-Energy Performance in Historical Districts

The Velocity of Density: Can We Build More Sustainable Cities Fast Enough?

Urban planners now commonly advocate for increases in density of the built environment to reduce car dependence and enhance the sustainability of cities. The analysis in this paper asks about the speed at which density as a sustainability policy can be implemented. The Greater Toronto Hamilton Area (GTHA) is used as a case study to measure how quickly existing areas could be densified to meet minimum transit supportive density thresholds. Almost 70% of existing residents live in neighborhoods with densities below minimum transit supportive densities. The findings show that increases in minimum densities could be attained roughly within the target time horizon of existing growth plans, but that these increases hinge on assumptions of continuing high growth rates. The sustainability of cities relies on a high ‘velocity of density’, a term proposed in the paper to refer to the speed at which density can be implemented. Density is often slowed or halted by local residents, which could prove problematic if sustainability objectives require speedy implementation, for instance to address climate change. Analysis of the velocity of density suggests that planning for sustainability, and climate change, in cities would benefit from considering a broader set of solutions to car dependence in existing low-density areas than changes to the density of the built form alone. View Full-Text
Keywords: density; sustainability; cities; planning; urban; housing; growth management density; sustainability; cities; planning; urban; housing; growth management
►▼ Show Figures 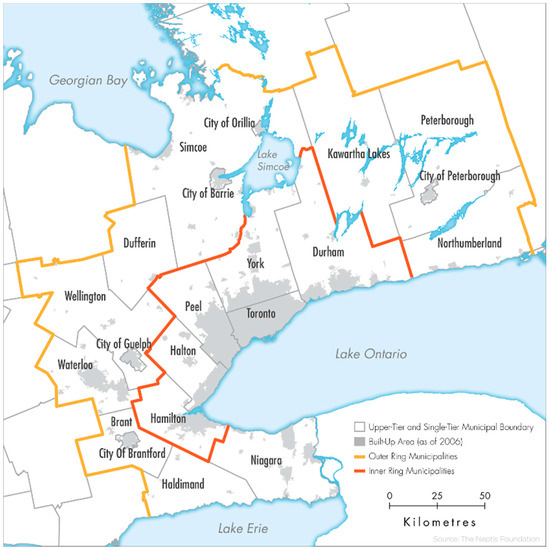