Be Sustainable to Be Innovative: An Analysis of Their Mutual Reinforcement

Emergy evaluation indicators are established based on the outputs of Emergy Analysis, and they can unify different types of ecological flows at the emergy scale, as and quantitatively evaluate the structure and function of a system. Emergy indicators therefore offer a useful basis for evaluating the sustainability of a system.

Traditional emergy indicators [37] that are suitable for evaluating ecological-economic systems are shown in Table 1, where R refers to input emergy from renewable resources in the natural environment, N refers to input emergy from non-renewable resources, and F represents the purchased input emergy from the socioeconomic system.
The emergy yield ratio (EYR) of the system reflects the feedback emergy from the economic system, and is a measure of how much the emergy yield contributes to the economic system. EYR is used to judge the emergy efficiency and economic competitiveness of a system based on purchased inputs. ELR (environment load ratio) is the ratio of non-renewable input emergy (including purchased emergy and emergy from non-renewable resources) to renewable resources input emergy, and this parameter denotes the pressure economic activities place on the environment. Systems should avoid a high ELR status for a long period of time in order to avoid causing irreversible functional degradation to the environment. The emergy sustainability index (ESI) is the ratio of EYR to ELR, and reflects both ecological and economic benefits in terms of the overall sustainability of the system.
Various studies have employed emergy theory and analysis based on the indicators described above [40,41], whereas others have developed improved indicators based on traditional emergy evaluation indicators [42,43]. Industrial systems have their own characteristics compared with ecological-economic systems, therefore, it is necessary to explicit the connotation, mechanism and application situations of “emergy” in order to establish the improved and specific emergy evaluation indicators suitable for different industrial systems.

2.2.1. Description of the Study Objects

The data used in this study were derived from actual operational wastewater treatment plants. All four plants studied were situated in the same city and were close geographically, therefore the same set of natural conditions were used for all calculations and analysis. Specifically, the annual average precipitation was 658.6 mm, the average wind speed was 4.4 m/s, the relative humidity was 68%, the average sunshine duration was 2650 h, and the annual average evaporation was 1615 mm.
The main economic and technical indicators of the four cases are shown in Table 5.
The design discharge standards of the four cases all met the national wastewater discharge primary standards (GB18918-2002) [48]. Case 1 met the primary B standards while Cases 3 and 4 met the primary A standards, and Case 2 broadly met the discharge standards for NH3-N based on primary B standards. The specific input and output water quality indicators of the four cases were derived from actual operation data meeting the design discharge standards, as shown in Table 6.

The synthesized emergy system diagram of the wastewater treatment system was drawn based on the Energy System Language Legend [37] introduced by Odum. It includes technological processes and data collected on substances, energy, currency and other information shown in Figure 6. It should be noted that “Wastewater Treatment System” was replaced by each of the four treatment processes described above during analysis.

The ECEW values of drainage pollutants (Table 7) were calculated according to Equations (4) and (5), and Table 6.
Tables S1−S4 list the main resources and energy inputs and outputs of each wastewater treatment system, and the emergy of disposing wastewater in units of per ton, for the different treatments. Different units of ecological flows were converted to common solar emergy units based on the corresponding transformities of different kinds of resources and energy. Transformities used in this study are as described by H.T. Odum and other emergy researchers [37,42,49,50,51,52]. Transformities of substances with similar properties were applied in instances where actual transformities values were unknown. The emergy inventory of each wastewater treatment system is discussed in the Supplementary Materials.

This study attempted to establish improved emergy evaluation indicators for different wastewater treatment processes based on existing emergy indicators and the results of four case studies.
Case 1 employed the A2O process and was ranked third based on IESI value. Even though the scale of this treatment scale was not particularly large, the contribution from the capital emergy FS (55.83%) was the largest of the four cases. regarding emergy flow, the electricity emergy and capital emergy indicators of Case 1 (1.91 × 1011 sej/ton/year and 1.46 × 1012 sej/ton/year, respectively) were the largest of the four processes, mainly because the A2O process involves increased investment and energy consumption due to the addition of sludge recirculation and internal reflux systems. However, the A2O process can be improved by energy-saving and consumption-reducing processes by adjusting methods and controlling aeration [53]. One improvement is reducing the aeration length by transforming the aerobic zone into the anoxic zone, which reduces energy consumption by decreasing aeration. Additionally, strict control of DO quantity in the aeration zone can minimize waste caused by excessive aeration.
The CWSBR process employed in Case 2 had the largest IESI value and hence the highest sustainability of the four processes. Compared with the other three processes, CWSBR relies more on renewable natural resources input emergy R (35.70%), and renewable resources emergy R and non-renewable resources emergy N inputs are well balanced in this process. The contributions from both electricity emergy (5.93%) and capital emergy (38.37%) are minimal in all four cases. Regarding emergy flow, the total waste emergy flow output was the smallest for the CWSBR process (1.39 × 1013 sej/ton/year, and sludge emergy output and electricity emergy input were also relatively small (2.41 × 1012 sej/ton/year and 8.68 × 1010 sej/ton/year, respectively). This can be explained by the characteristics of the CWSBR process. Firstly, this process improves on the conventional SBR process by switching form a variable waterlevel to a constant waterlevel mode of operation with the help of the reciprocating motion of a hydro sail. This modification allows the CWSBR process to periodically accomplish the entire process of filling, stirring, aeration, precipitation and decanting with continuous input and output water in a single pond. Secondly, this process reduces the hydraulic loss and energy consumption used during constant waterlevel decanting. The CWSBR process therefore covers a smaller area and involves higher system integration, stronger impulsion load resistance, and lower sludge retention, and the number of ponds can be increased or decreased according to water quality and quantity, which avoids unnecessary energy consumption.
The CAST process employed in Case 3 improves nitrogen and phosphorus removal by increasing sludge recirculation compared with the conventional SBR process. This process had the smallest IESI value and hence the lowest sustainability of the four processes. Regarding emergy flow, both electricity emergy (6.16 × 1010 sej/ton/year) and capital emergy (4.25 × 1011 sej/ton/year) inputs were lower than Cases 1 and 2, because the CAST process has no primary sedimentation or secondary sedimentation tanks, and involves a higher degree of automation and thus less capital investment. Meanwhile, the ECEW of drainage (2.18 × 1013 sej/ton/year) for the CAST process was markedly higher than for the other three processes. Regarding the relative emergy proportions, the CAST process relied more on capital emergy (8.04%) and electricity emergy (55.49%) than the other three processes, but less on renewable natural resources emergy R (25.85%). To improve the CAST process, a blower with better adjustment should be utilized, or combinations of blowers could be used to facilitate easier control, which would likely save energy and reduce consumption. Additionally, stricter control of the water discharge quality could decrease the emission of NH3-N and reduce the discharge of other pollutants in drainage.
The sustainability of the BAF process employed in Case 4 was ranked second in terms of IESI value. Capital emergy FS (3.48 × 1011 sej/ton/year) input was the lowest of the four processes, but electricity emergy was the highest of the four processes (9.78 × 1010 sej/ton/year), accounting for 11.80%. This is mainly because the size of the filler particles used in the BAF process are generally smaller, and the filter therefore reaches the designed head loss in a shorter time period when the amount of suspended solids (SS) in the input water is high, which inevitably leads to frequent backwash and higher energy consumption. The purchased chemicals emergy of Case 4 was 2.42 × 1010 sej/ton/year, accounting for 2.92% of the total emergy input, and both values are larger than the other three processes. Meanwhile, the sludge emergy output was a relatively high 3.69 × 1012 sej/ton/year, because the BAF process must remove the chemicals added to remove SS in the primary sedimentation tank in order to prevent suspended particles from clogging the filter during operation. This increases the cost of chemicals and sludge produced by adding chemicals and precipitation. Improvements could be made by incorporating technologies and methods that enhance the performance of filler particles. Additionally, selection of suitable pretreatment technologies to match the BAF process could provide further improvements that would allow better control of backwash, reduce energy consumption and decrease the addition of FeCl3. In addition, since sludge quantity affects the dosage of chemicals needed, particularly during sludge bulking, the stability of the biochemical system should receive special attention in order to avoid or minimize sludge bulking.

This study was supported by the Major Science and Technology Program for Water Pollution Control and Treatment (2012ZX07202-001). The authors wish to acknowledge the anonymous reviewers for their suggestions that have greatly improved our study.

S.S. designed the study, analyzed the data and wrote the manuscript; H.M. and F.Y. provided good advice throughout the paper; Y.Z. helped revise the manuscript; and J.L. did the statistics work. 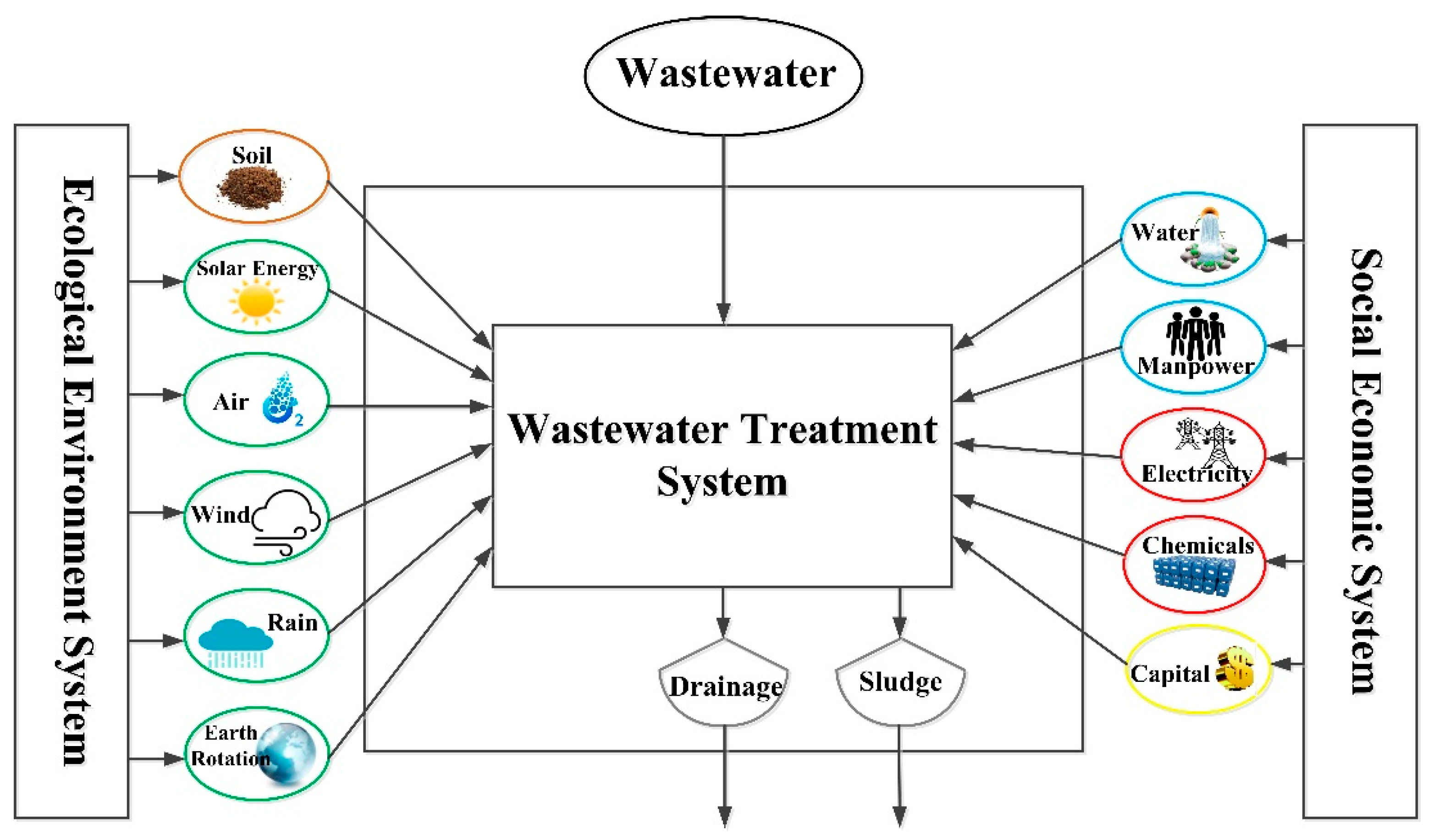 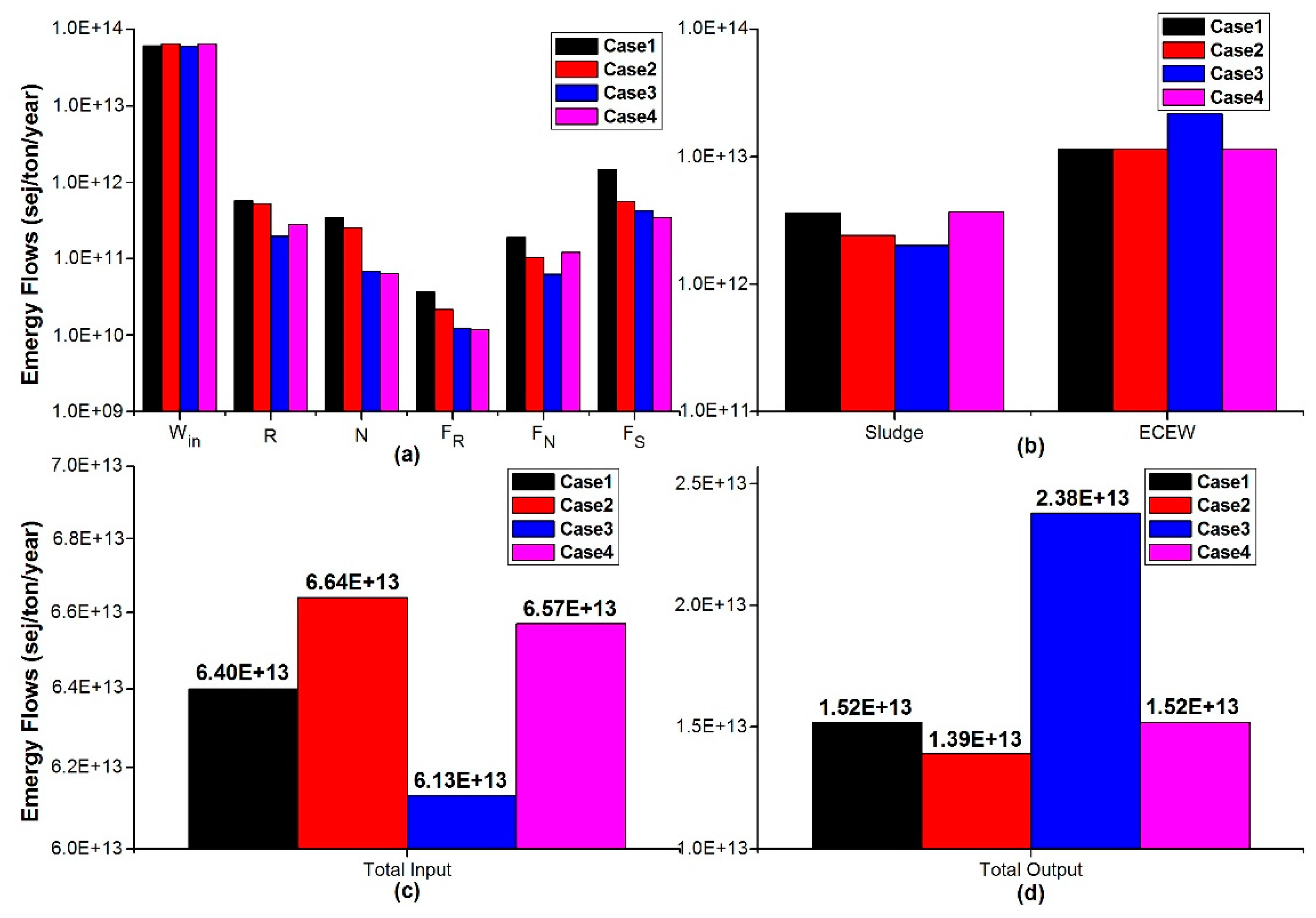