Landscape Changes and a Salt Production Sustainable Approach in the State of Salt Pan Area Decreasing on the Coast of Tianjin, China

Landsat images from 1979, 1988, 1999, 2008, and 2013 were used to analyze the landscape area change of salt pans lying on the coast of Tianjin. While initially (1979–1988), the area of Tianjin’s salt pan increased, later (1988–2013) it declined dramatically. In the first phase (1979–1988) of the studied period the primary roll-in landscape of the salt pan wasbarren land with an area of 60.0 km2. By 1988, the area of Tianjin’s salt pan rose to 457.8 km2. The main roll-out landscape of the salt pan during 1988–2013 was urban, barren land, village/town, harbor, and road whose area amounted to 69.8, 35.9, 27.3, 25.5 and 18.4 km2 respectively. The roll-out barren land will be transformed to construction land ultimately. By 2013, the total loss reached 167.3 km2, which was 36.5% of the salt pan area of Tianjin in 1988. With the development of coastal economy, the salterns with a lower economic value were transformed to and replaced by land use types with a higher economic value. This trend would influence the production of sea salt and the development of sodium hydroxide and sodium carbonate industries. Seawater desalination provides an opportunity for the restoration and compensation of salt production capacity. Based on the theory of circular economy and industrial symbiosis, in this article an industrial symbiosis model for sea salt production and sea water desalination is explored: “mariculture–power plant cooling–seawater desalination–Artemia culture–bromide extraction–sea salt production–salt chemical industry”. Through the application of this process sustainable development of the sea salt production in Tianjin could be achieved. View Full-Text
Keywords: coastal zone; landscape change; salt industry; seawater desalination; industrial symbiosis; circular economy coastal zone; landscape change; salt industry; seawater desalination; industrial symbiosis; circular economy
►▼ Show Figures 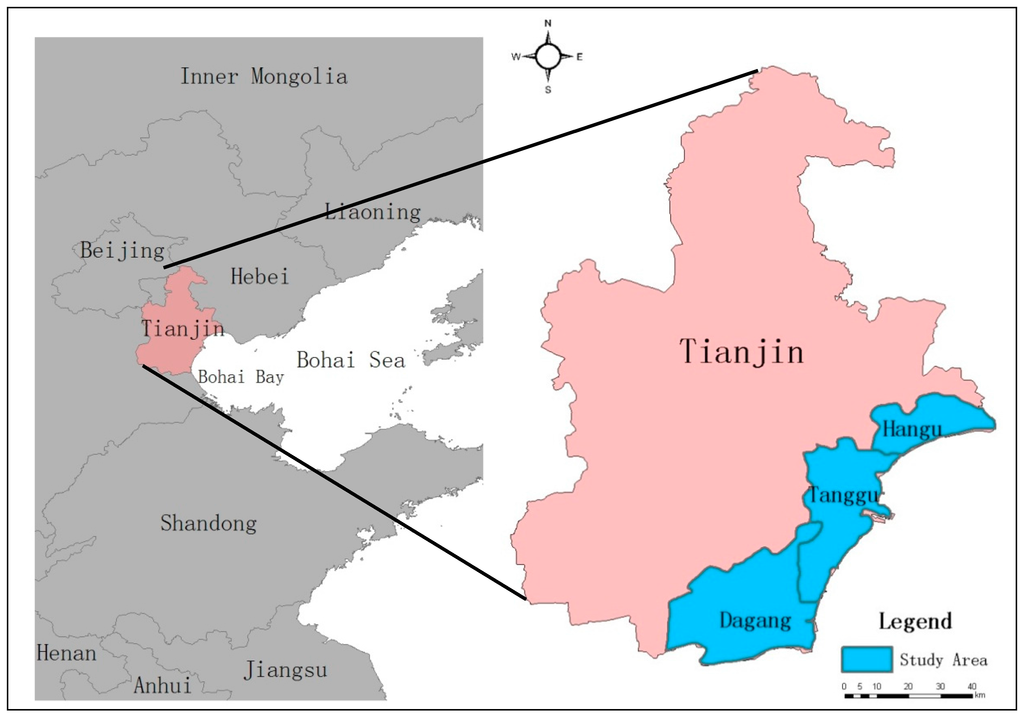