The Efficiency and Its Determinants for China’s Medical Care System: Some Policy Implications for Northeast Asia

Do Dietary Changes Increase the Propensity of Food Riots? An Exploratory Study of Changing Consumption Patterns and the Inclination to Engage in Food-Related Protests

Following widespread food riots in 2008, many people argued that high food prices cause political instability and civil unrest in the form of food riots. However, subsequent research has demonstrated that political, cultural, and economic factors confound the impact of price in determining whether a food riot occurs. This paper contributes to this growing body of literature by exploring: (1) the relationship between household demographic characteristics and reported intent to riot due to future food price rises; and (2) the relationships between people’s diets and their reported intent to riot due to future food price rises. We hypothesize that local context, including demographic factors and dietary patterns, combine to predispose some groups of people to riot when food prices rise. This hypothesis is tested using household surveys (N = 300) and three focus groups discussions (N = 65) carried out in three cities in the Central African nation of Cameroon that experienced widespread food riots in 2008. Results show that some 70% of the respondents would riot if food prices went up. Also, in the event of food price rises: (1) households in Cameroon’s major cities are more likely to riot than the citizens of smaller cities; (2) Households with relatively higher educational level, high incomes, are less likely to riot. Finally, the relationship between dietary patterns and propensity to riot is not straightforward as changes in consumption of different food groups influence propensity to riot in different ways. Overall, this paper demonstrates that preemptive strategies designed to avoid future food riots in Cameroon must take into consideration these spatial, demographic, and dietary factors. View Full-Text
Keywords: food riots; food prices; diets; consumption changes; urban food insecurity; Cameroon food riots; food prices; diets; consumption changes; urban food insecurity; Cameroon
►▼ Show Figures 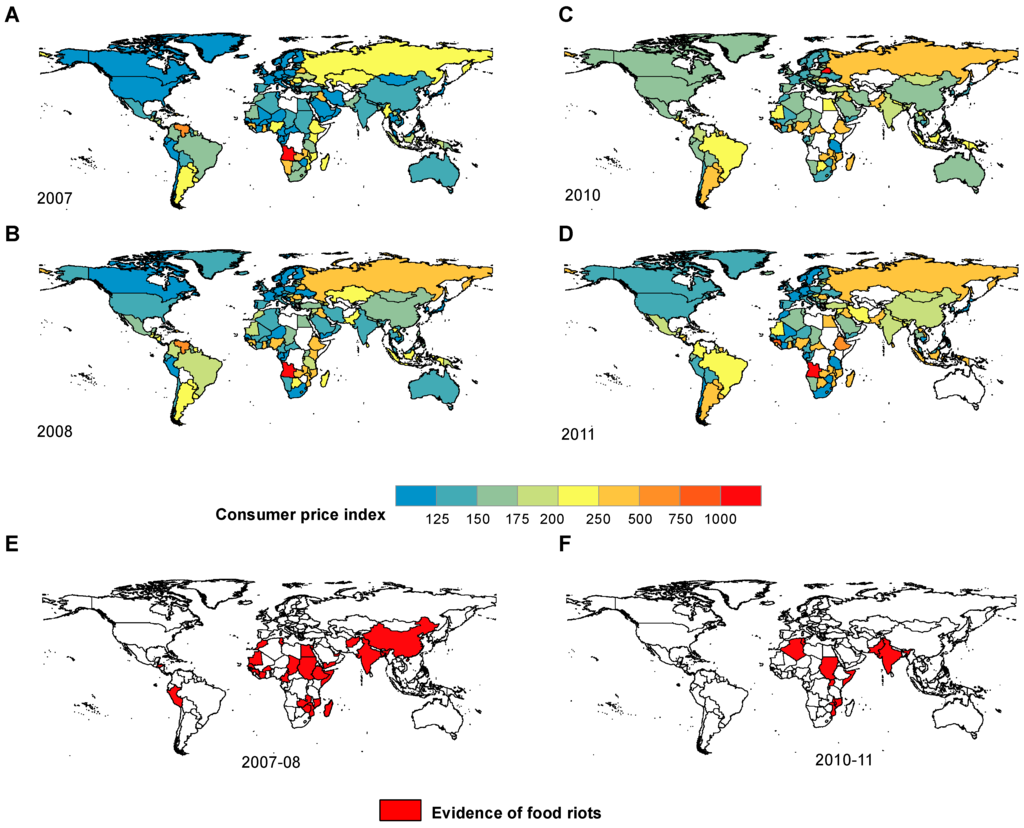