Energy return on investment (EROI) and net energy are useful metrics for analyzing energy production physically rather than monetarily. However, these metrics are not widely applied in China. In this study, we forecast the Daqing oilfield’s EROI from 2013 to 2025 using existing data for crude oil and natural gas production and the basic rules of EROI. Unfortunately, our calculations indicate that the oilfield’s EROI will continuously decline from 7.3 to 4.7, and the associated net energy will continuously decline from 1.53 × 1012 MJ to 1.25 × 1012 MJ. If China’s energy intensity does not decline as planned in the next ten years, then the EROI of Daqing will be even lower than our estimates. Additionally, relating the EROI to the monetary return on investment (MROI) in a low production and high intensity scenario, Daqing’s EROI will decline to 2.9 and its MROI will decline to 1.8 by 2025. If the “law of minimum EROI” and the assumed “minimum MROI” are taken into account, then we estimate that both energy pressure and economic pressure will restrict Daqing’s production by 2025. View Full-Text
Keywords: Daqing oilfield; EROI; net energy; MROI Daqing oilfield; EROI; net energy; MROI
►▼ Show Figures 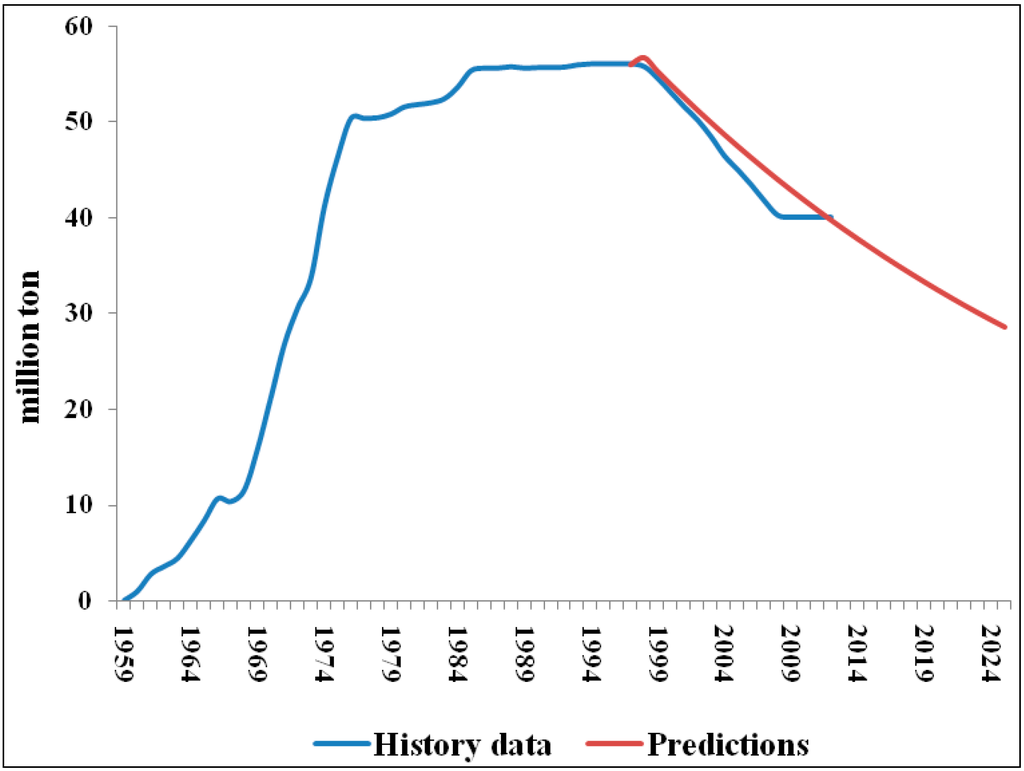