A Differentiation Framework for Maritime Clusters: Comparisons across Europe

The aim of this paper is to highlight some perspectives for the sustainable development of Naples, to direct future policies for the city. The proposed approach is based on the Historic Urban Landscape, which, being structurally integrated/systemic, allows the relationship between the historic center and the waterfront, as well as many contradictions, to be overcome, which in the city of Naples, have become particularly acute. The notion of Historic Urban Landscape (HUL) is the latest contribution to the international debate concerning the identification, preservation and valorization of cultural heritage. This new category, in fact, refers to the notion of context to emphasize the systemic interrelation between economic, social, environmental and cultural factors and the complexity of the framework within which conservation policies are inserted. It is in this perspective that the experiences of planning taking place in Naples are read, as a starting point for an innovative approach to the issue of an integrated conservation of the Historic Urban Landscape and, more generally, of the regeneration of the city. The starting point is the study of the experiences of urban transformation in some European port cities in order to “learn from comparison” to develop a theoretic approach based on the understanding of reality. The comparative analysis of case studies, through the synthesis of the most significant aspects of each port city, allows the relationship that exists between a phenomenon and its context to be understood and the critical success factors to be identified, in order to transfer the knowledge gained from good practices in the processes of regeneration of the city of Naples. Naples, for its stratified urban fabric, rich in tangible and intangible cultural values, and for its particular nodal position within the Mediterranean basin, lends itself effectively to a different approach to urban regeneration, which focuses on the relationship between the historic city and the sea. View Full-Text
Keywords: Historic Urban Landscape; port cities; best practices; sustainable development; creativity Historic Urban Landscape; port cities; best practices; sustainable development; creativity
►▼ Show Figures 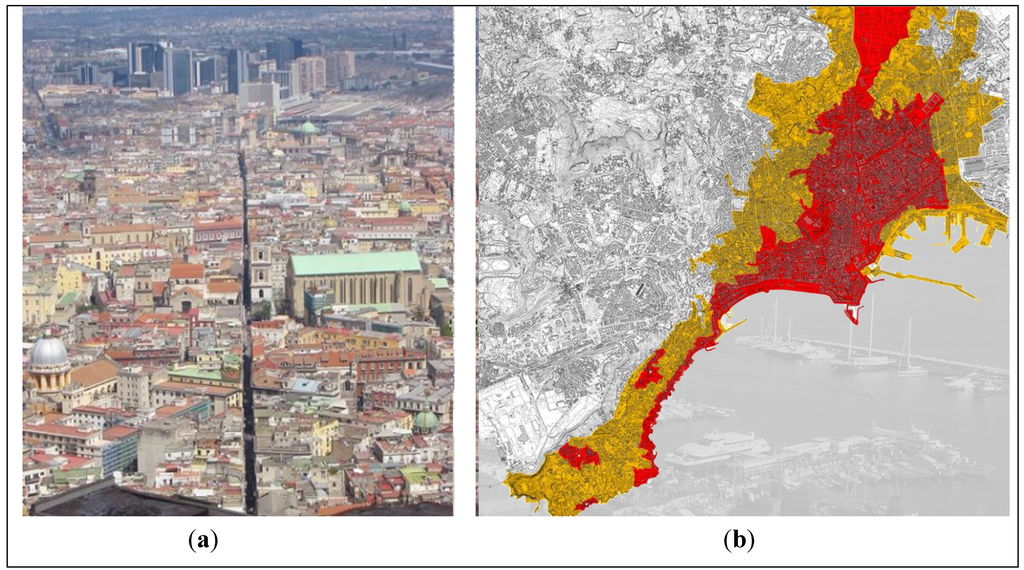