Comparison of Collection Schemes of Municipal Solid Waste Metallic Fraction: The Impacts on Global Warming Potential for the Case of the Helsinki Metropolitan Area, Finland
Previous Article in Special Issue

Following the critical analysis of the concept of “sustainability”, developed on the basis of exergy considerations in previous works, an analysis of possible species “behavior” is presented and discussed in this paper. Once more, we make use of one single axiom: that resource consumption (material and immaterial) can be quantified solely in terms of exergy flows. This assumption leads to a model of population dynamics that is applied here to describe the general behavior of interacting populations. The resulting equations are similar to the Lotka-Volterra ones, but more strongly coupled and intrinsically non-linear: as such, their solution space is topologically richer than those of classical prey-predator models. In this paper, we address an interesting specific problem in population dynamics: if a species assumes a commensalistic behavior, does it gain an evolutionary advantage? And, what is the difference, in terms of the access to the available exergy resources, between mutualism and commensalism? The model equations can be easily rearranged to accommodate both types of behavior, and thus only a brief discussion is devoted to this facet of the problem. The solution space is explored in the simplest case of two interacting populations: the model results in population curves in phase space that can satisfactorily explain the evolutionistic advantages and drawbacks of either behavior and, more importantly, identify the presence or absence of a “sustainable” solution in which both species survive. View Full-Text
Keywords: exergy; population dynamics; species interaction; sustainability exergy; population dynamics; species interaction; sustainability
►▼ Show Figures 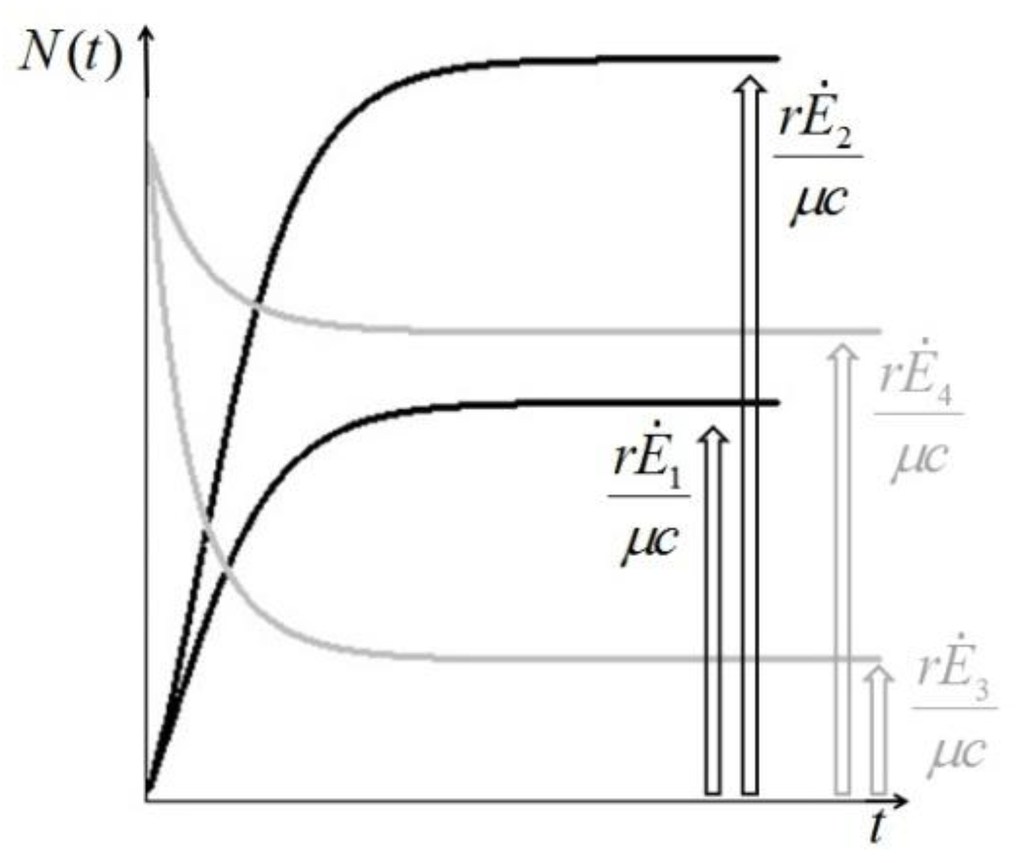