While the world’s total urban population continues to grow, not all cities are witnessing such growth—some are actually shrinking. This shrinkage has caused several problems to emerge, including population loss, economic depression, vacant properties and the contraction of housing markets. Such issues challenge efforts to make cities sustainable. While there is a growing body of work on studying shrinking cities, few explore such a phenomenon from the bottom-up using dynamic computational models. To fill this gap, this paper presents a spatially explicit agent-based model stylized on the Detroit Tri-County area, an area witnessing shrinkage. Specifically, the model demonstrates how the buying and selling of houses can lead to urban shrinkage through a bottom-up approach. The results of the model indicate that, along with the lower level housing transactions being captured, the aggregated level market conditions relating to urban shrinkage are also denoted (i.e., the contraction of housing markets). As such, the paper demonstrates the potential of simulation for exploring urban shrinkage and potentially offers a means to test policies to achieve urban sustainability. View Full-Text
Keywords: agent-based modeling; housing markets; Urban Shrinkage; cities; Detroit; GIS agent-based modeling; housing markets; Urban Shrinkage; cities; Detroit; GIS
►▼ Show Figures 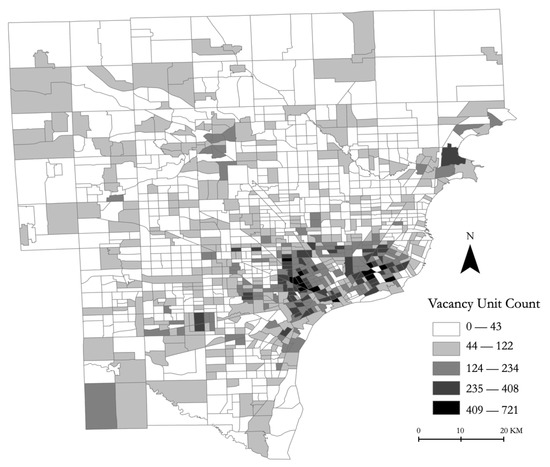