Trends in Food Innovation: An Interventional Study on the Benefits of Consuming Novel Functional Cookies Enriched with Olive Paste
Next Article in Special Issue

The Economic Valuation of Ecosystem Services of Biodiversity Components in Protected Areas: A Review for a Framework of Analysis for the Gargano National Park
Previous Article in Journal

Investigating COVID-19 News before and after the Soft Lockdown: An Example from Taiwan
Previous Article in Special Issue

Extraseasonal Production in a Soilless System and Characterisation of Landraces of Carosello and Barattiere (Cucumis melo L.)

Landraces of ‘Carosello’ (Cucumis melo L.) are a typical expression of Apulia’s agro-biodiversity and are consumed in the same way as cucumbers. The aim of this research was to valorize the cultivation of a local variety of ‘Carosello’, extending the cultivation period and valorizing a part of the fruits that are generally wasted (endosperm). To accomplish this, a local variety called ‘Carosello leccese’ was grown in a greenhouse during the fall season under red + blue and red + blue + far red light-emitting diodes (LED) interlight. Yield, morphology, color and biochemical composition of the external and internal part of the fruit were evaluated. Although yield increased by 26% under supplemental light, the fruit quality was not influenced by LED application. However, the exocarp was greener (chlorophylls) and more yellow (carotenoids) than the mesocarp. Finally, the endosperm, which is the part of the fruit that is generally wasted, showed the highest polyphenols content, proving to be an important source of nutraceutical compounds. Therefore, it was demonstrated that the nutritional value of the endosperm is comparable or higher than the external part of the fruit, but further studies will be necessary to valorize it from a culinary perspective. View Full-Text
Keywords: landrace; Cucurbitaceae; fruit placenta; polyphenols; isoprenoids; agro-biodiversity; soilless landrace; Cucurbitaceae; fruit placenta; polyphenols; isoprenoids; agro-biodiversity; soilless
►▼ Show Figures 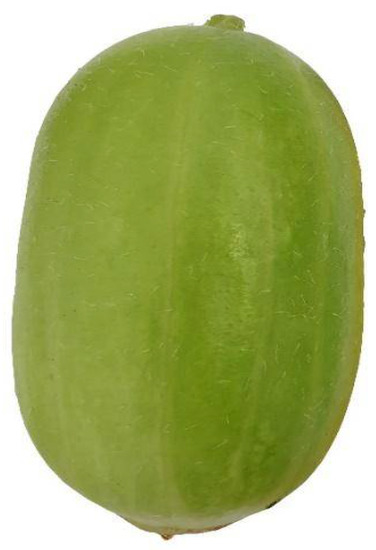