:
A significant percentage of energy consumption in buildings is to produce hot water. Photovoltaic solar heating can be considered a clean and renewable energy option—easy to install, silent, and without maintenance—to replace the consumption of fossil fuels used in this process. This paper presents a study that simulates the heating process using thermal electrical resistors powered by photovoltaic solar energy. For this purpose, a solar hot water installation has been set up. This installation consists of a water tank with an electric resistance connected to photovoltaic modules by means of a low-cost experimental electronic conversion system. This electronic system has been developed to avoid the need for inverters or batteries, typical of traditional photovoltaic solar installations. It is an isolated system since it is not connected to the power grid. The photovoltaic solar modules, the tank, and its heating resistance correspond to commercial models. This electronic system has a 95.06% yield, and it operates across the whole irradiance’s daily curve, having verified its operation over several months. Even though this is an experimental electronic device, it is financially viable as the cost of its components is below EUR 60 per kW peak capacity. The results obtained in a proper functioning system are promising, demonstrating the technical feasibility and economic advantages of using this type of isolated photovoltaic system to power heating processes.
Keywords:
photovoltaic energy; solar water heating; domestic hot water; PV maximum power point

This research demonstrates that the test device is functionally viable, validating the electrical solution developed here. The monitoring system will allow the collection of data to compare theoretical and experimental energy efficiency values. Furthermore, the system is set to resolve real-life situations, and since it uses photovoltaic modules and commercial thermal storage tanks, the results obtained and any future tests can be easily used and applied by architects and installers.
The data obtained in the research show that the production of hot water by a photo-voltaic system is very cost-friendly. When designing the system, the following parameters need to be considered in order to obtain outstanding efficiency:

-
Estimated DHW demand.
-
DHW tank volume for it to work as a system buffer.
-
Configuration and layout of the photovoltaic modules so that the required level voltage is obtained for the heating resistance operation.
-
Type and value of the electric thermal resistance.
-
Strategy for MMP tracker monitoring.

The system’s benefits relate to its simplicity. It is a cheap-to-run system because it does not need batteries or power inverters. The number of electronic components is small, and the controls are based on low-cost systems and open-source code. The electrical installation only needs a two-conductor cable from the photovoltaic modules to the tank, unlike expensive traditional solar thermal hydronic installations. Moreover, the photo-voltaic modules’ maintenance is negligible when compared to hydronic solutions. Its adaptability to existent solar radiation and operation isolated from electrical mains complete the list of benefits.
The adaptability of the system, as shown in Figure 17, and its ability to convert the available electric photovoltaic power into thermal power renders irrelevant the prediction of irradiance or its uncertainty, so it does not become a limiting factor when obtaining power, avoiding the effect shown in Figure 3.
The results obtained show the potential of the test system, and its energy outputs demonstrate the advantages when using electric thermal resistances in heating processes fed by photovoltaic solar power.
Other aspects to consider in future research are to build technological and financial simulations so that a conveniently characterized design can be established. The goal will be to optimize the system’s heating cycles, adapting them to demand and, thus, maximizing photovoltaic production’s self-consumption [6]. With regards to systems control, programming PV’s heating cycles using learning models is the best option in order to optimize self-consumption, as proposed by De Somer et al. [6]. 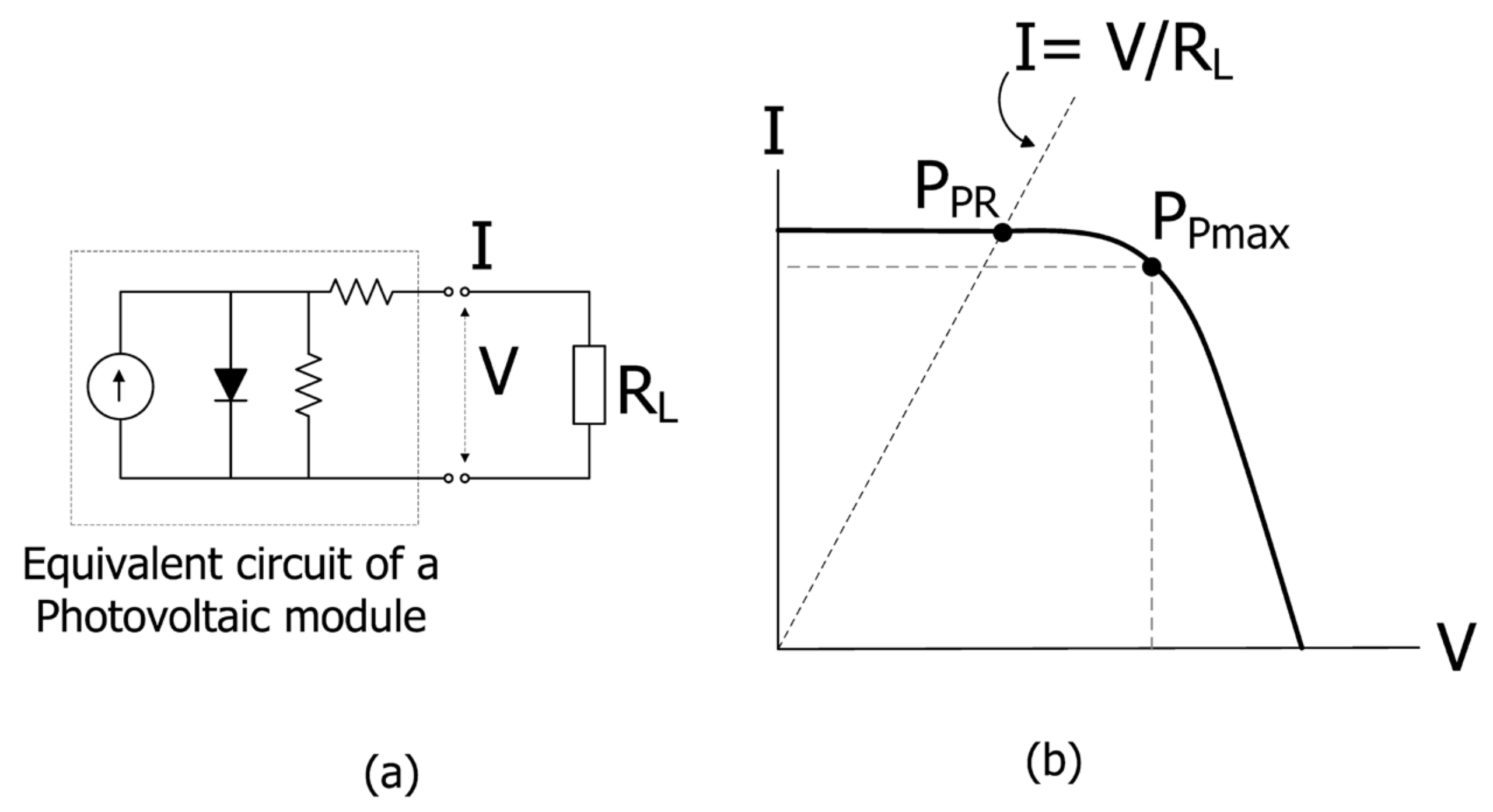 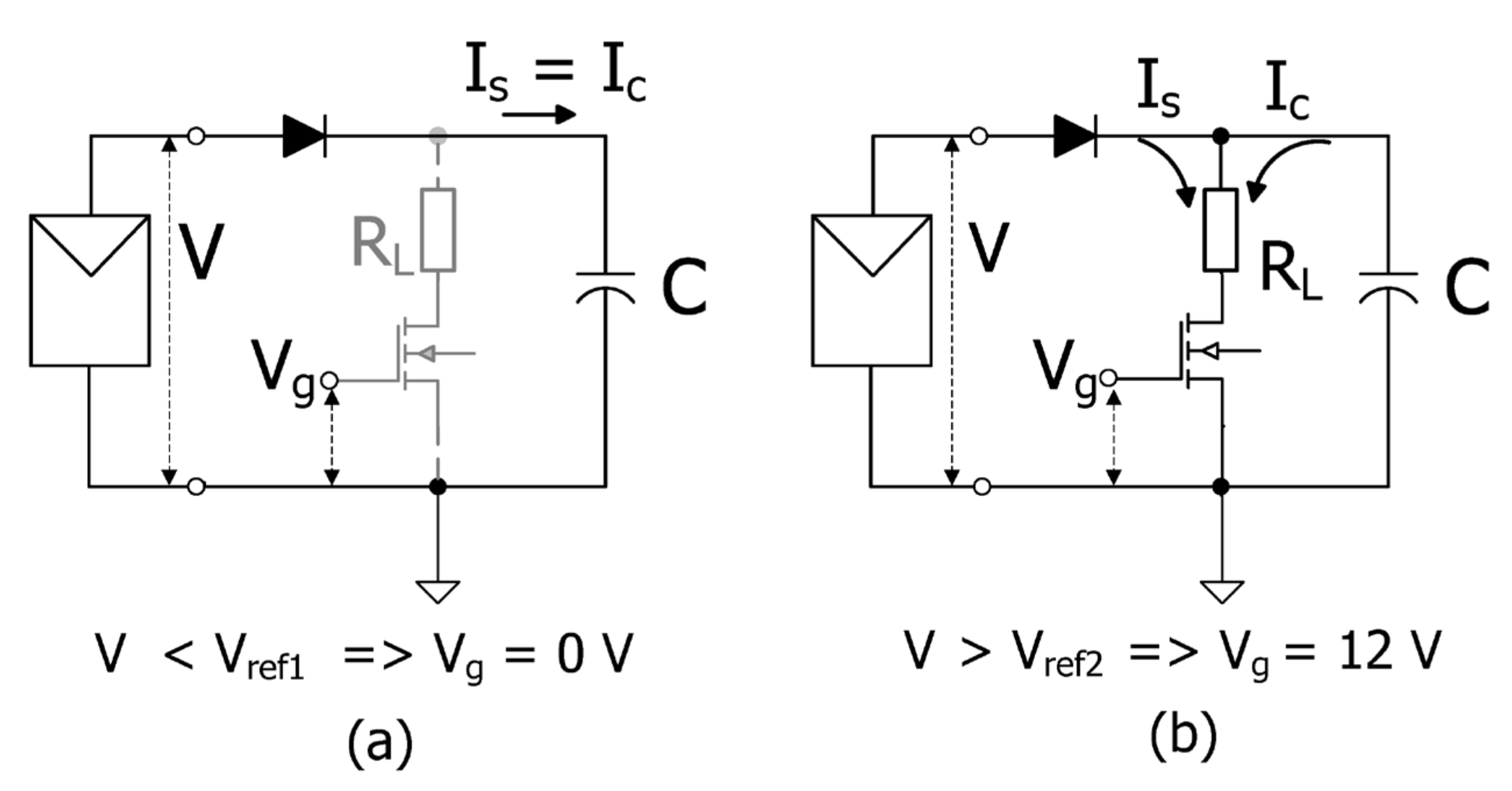 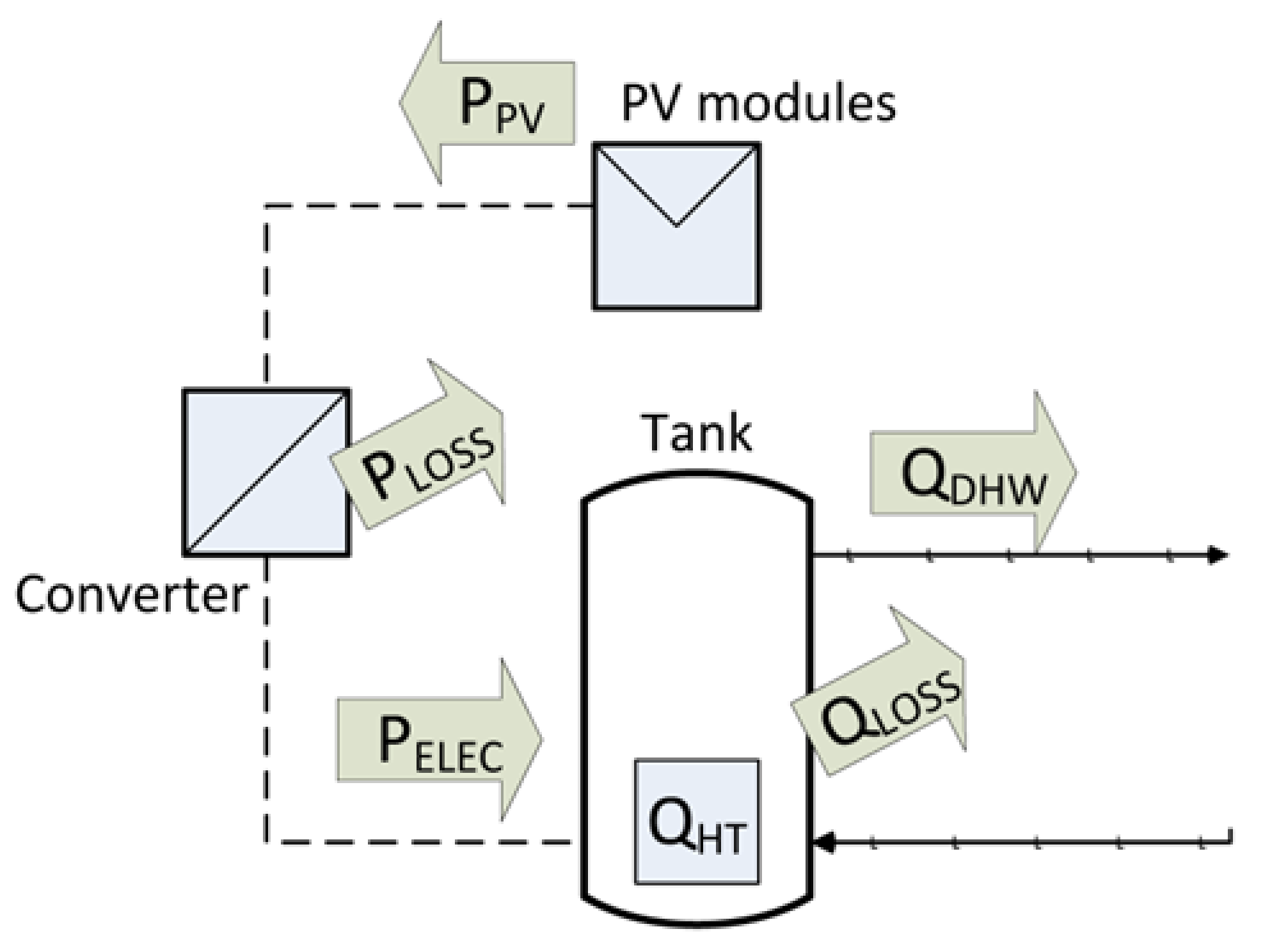 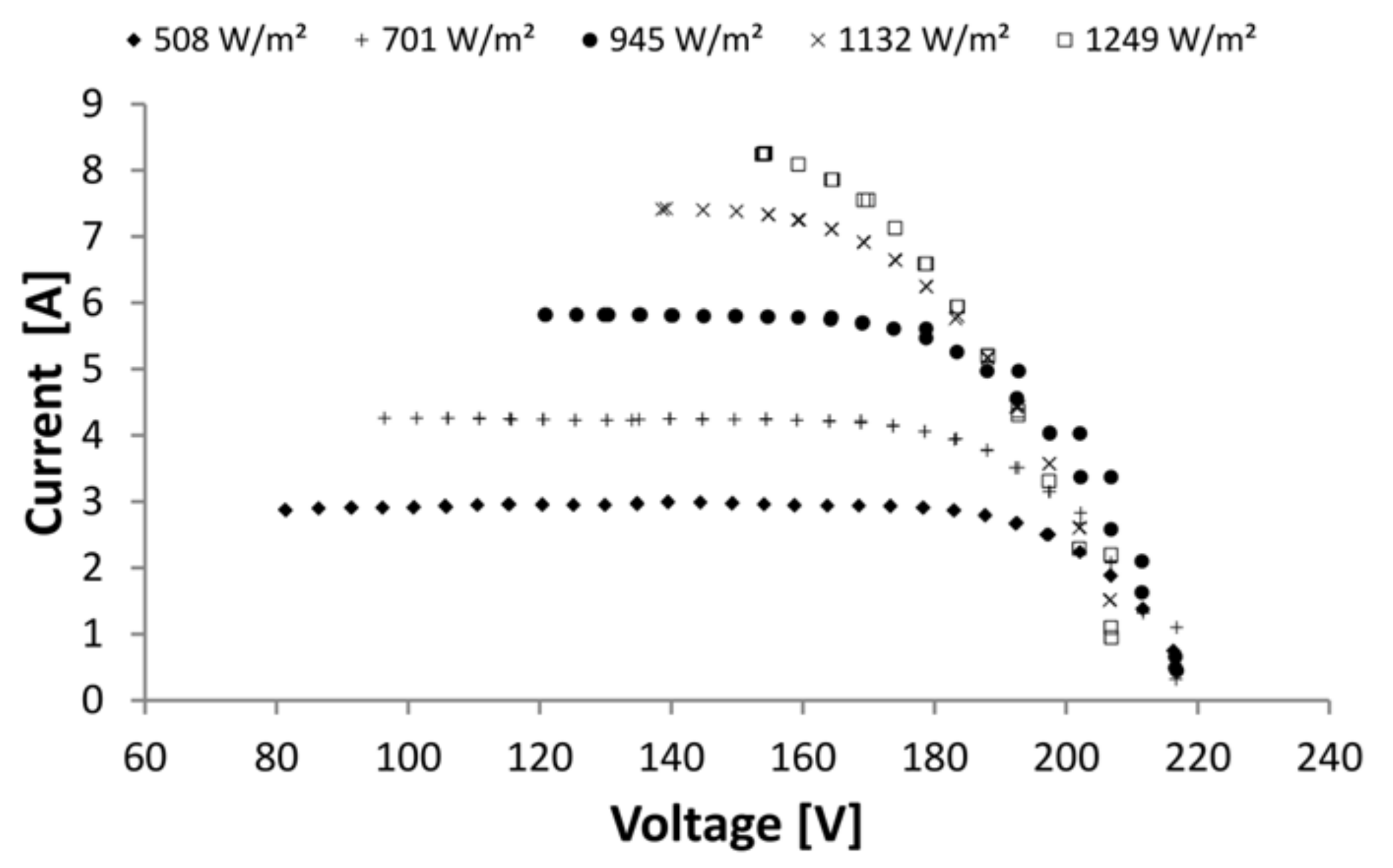 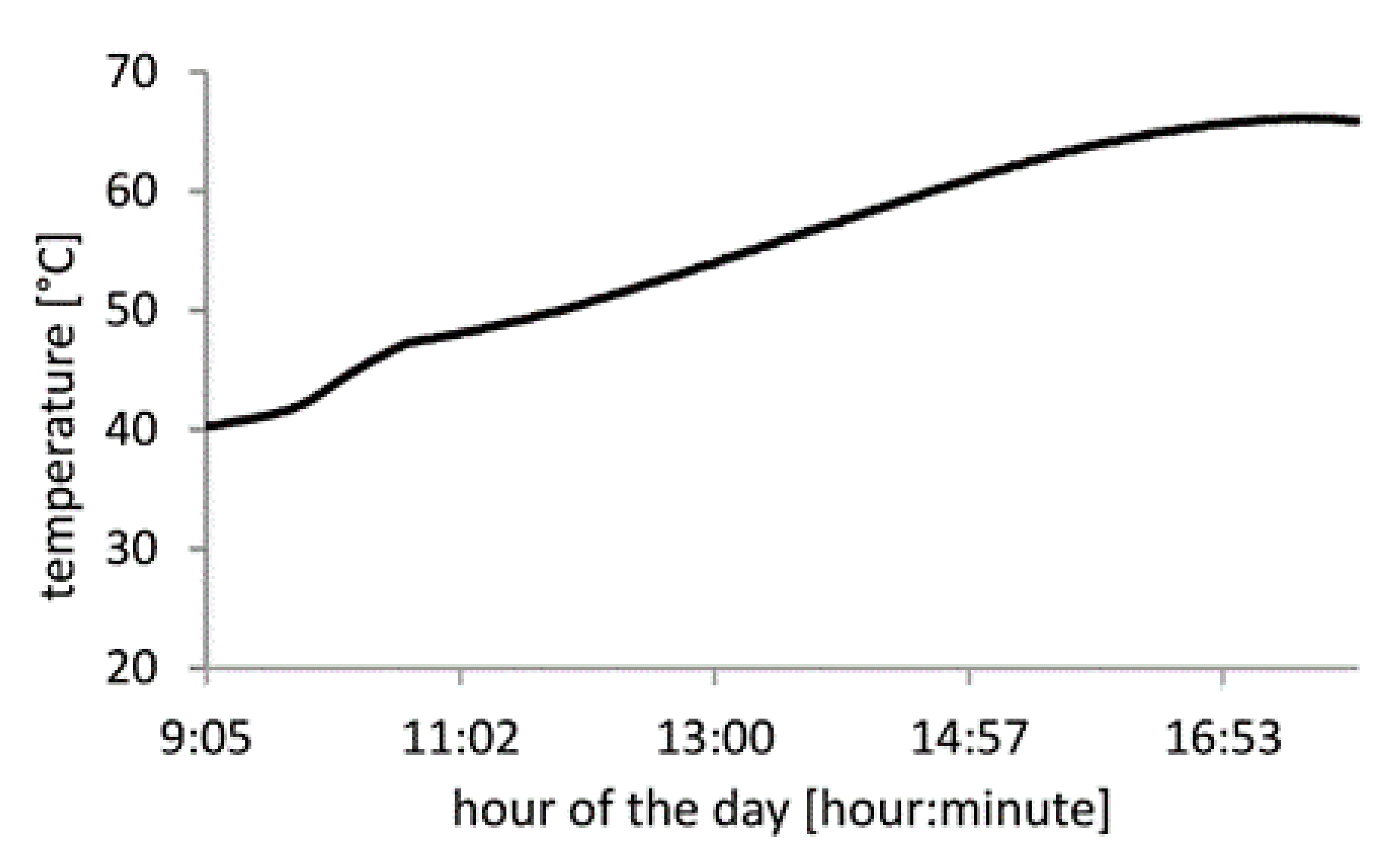 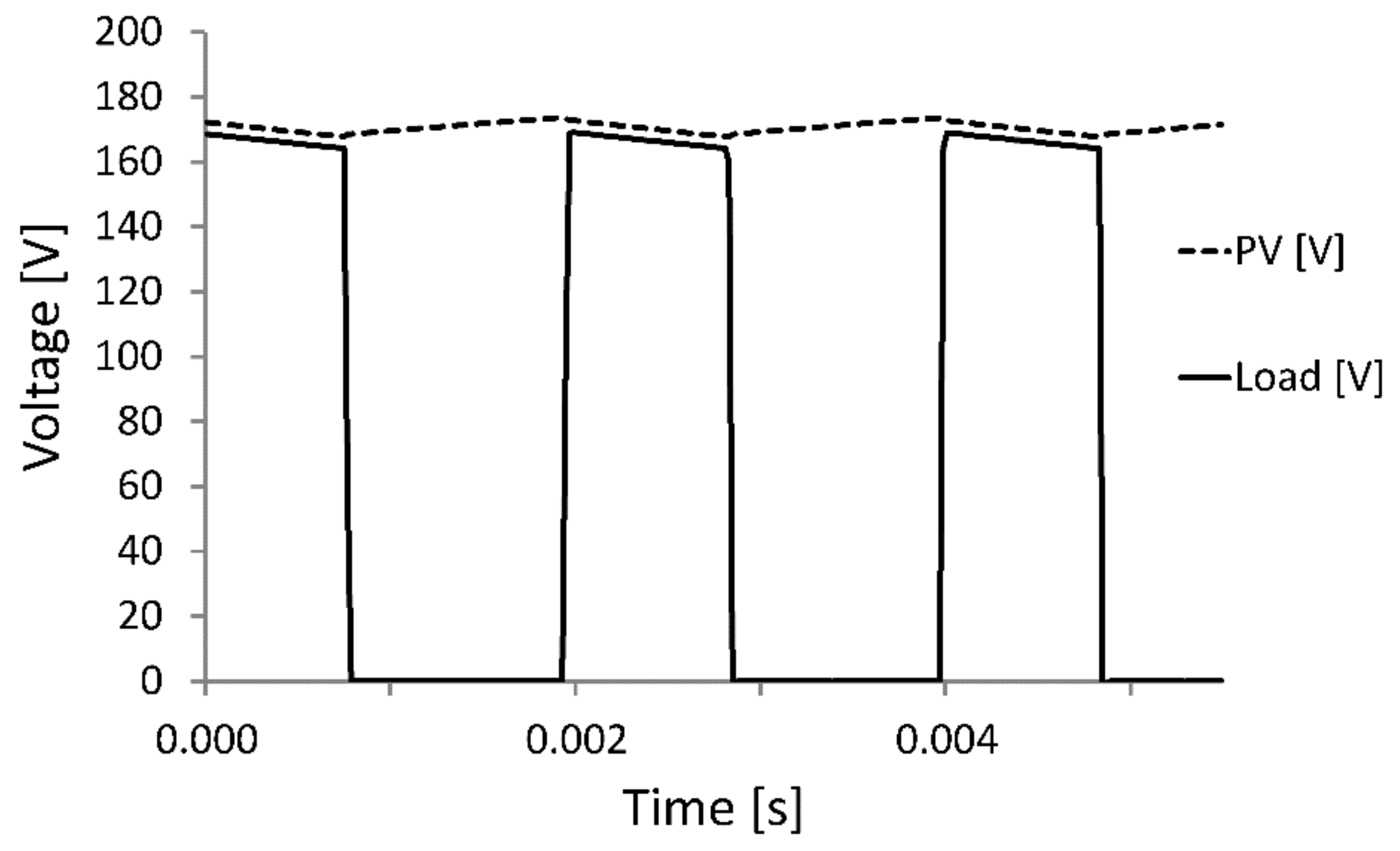 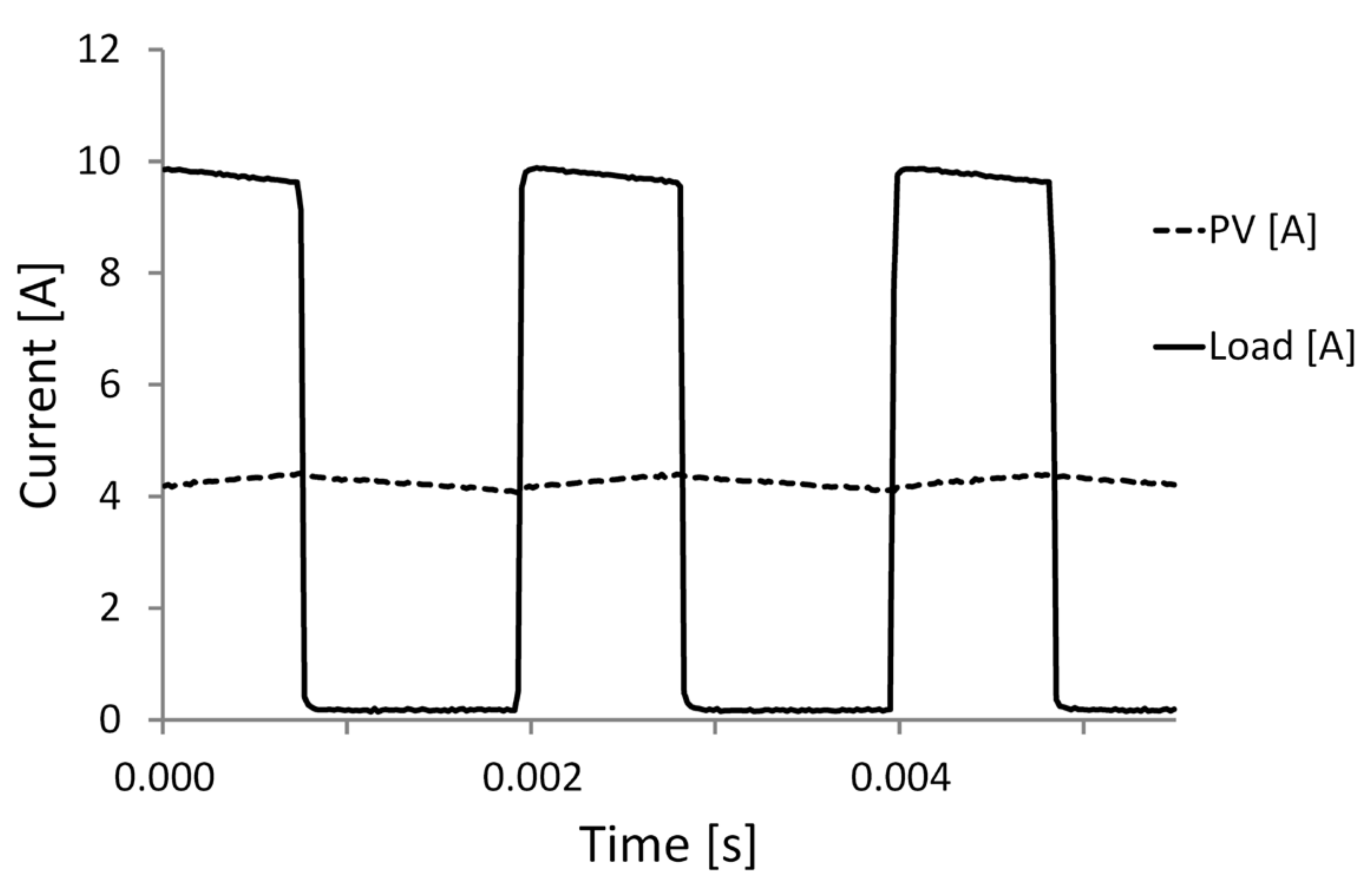 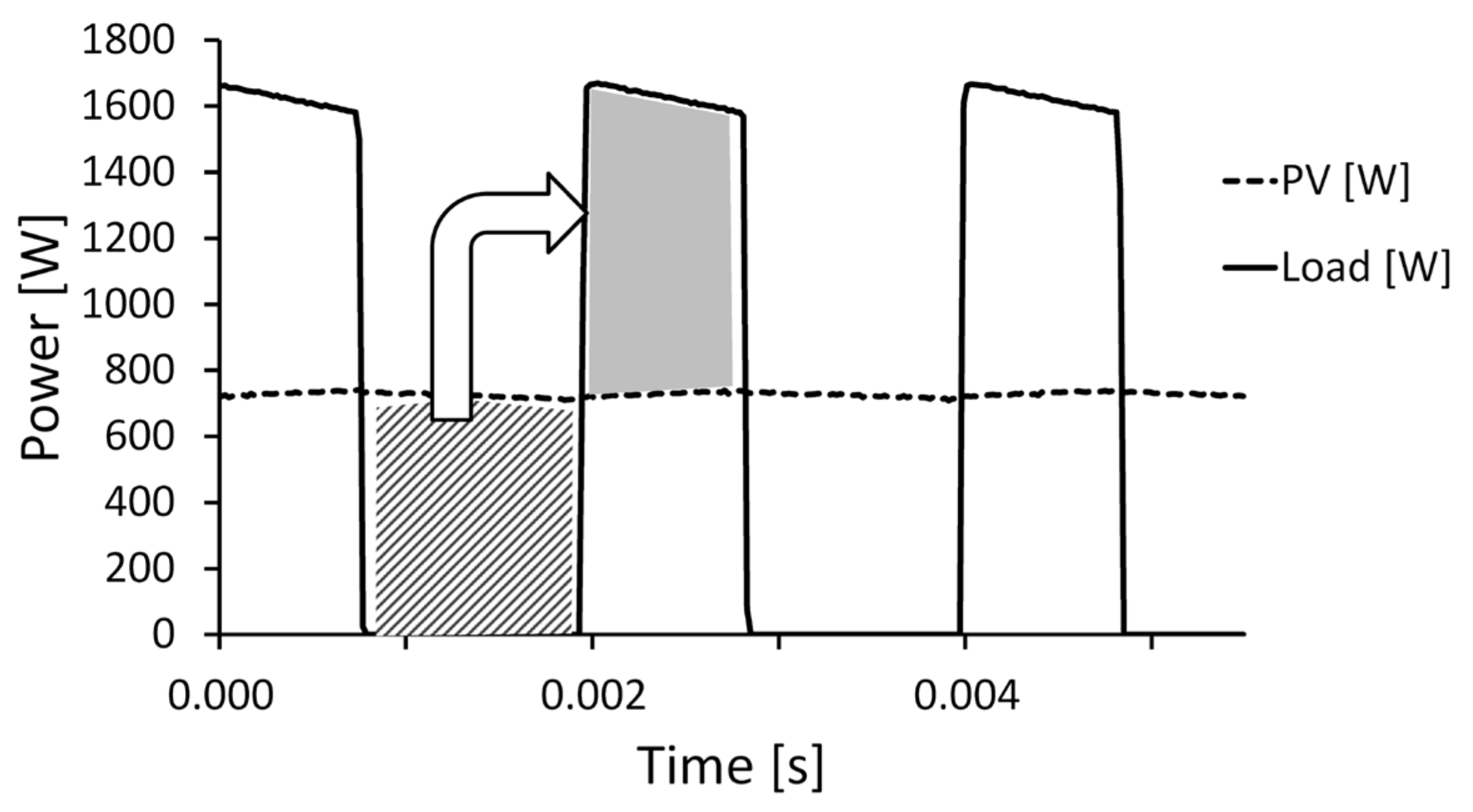