Entrepreneurial Intention among Rural Youth in Moroccan Agricultural Cooperatives: The Future of Rural Entrepreneurship
Next Article in Special Issue

Disaster Risk Reduction Education in School Geography Curriculum: Review and Outlook from a Perspective of China

Can GIS Foster Conscious and Critical Learning in Geography? An Application from Students to a Real Case Included in the National Strategy for Inner Areas: Monti Dauni, Apulia (Italy)

Digital technologies, the use of which has progressively increased over the last few years, could represent key tools in learning and active citizenship in development processes. In this sense, Geographical Information Systems (GIS) have gradually become an integral part of various disciplines and sectors. Even if the relevance and diffusion of GIS in the educational and pedagogical fields are increasing, their potential is still under-explored in the development of empowerment for participatory planning. Regarding the combination of geographical education and information technologies applied to the territories, the contribution they offer to the Sustainable Development Goals (SDG) is a question which remains little-investigated, and which represents both an innovative field of experimentation and significant opportunities, especially for marginal, inner areas. However, recent reforms, in particular in Italy, are considerably reducing the role of geography in the curricula, which is paradoxical for such complex contexts and the understanding of major global issues. The risk is that of producing a gap between the functional use of the tools and the capacity for their critical application. This paper aims to reflect on the integration of Geography and GIS through teaching experimentation, as applied to a real case study in the Apulia region (Monti Dauni Area) under the national strategy for inner areas, in order to understand how to use GIS as an active tool in education for sustainability, the awareness of the value of local resources, and active citizenship.
Keywords: geographical information systems; geography; education for sustainable development; Italian strategy for inner areas; Monti Dauni geographical information systems; geography; education for sustainable development; Italian strategy for inner areas; Monti Dauni

2. How Are GIS, Participation and Citizenship Related? The State of the Research Field

-
“From the comments on the maps, I began to have a critical sense and a greater awareness of the problem we were asked to tackle. The most satisfying thing was the growing understanding that came from the continuous discussion with my fellow-students, from the consultation of the maps presented online, from the comparison, from the reading of documents. I must admit that in the end, especially after having had to deal with such a delicate issue as the Strategies in the Monti Dauni, I also felt emotionally involved. Right up to the handing-in day, the assignment seemed to be constantly evolving”.
-
“I felt like a professional in the trade, satisfied with the work I was doing”.
-
“It is certainly one of the most involving courses I have done so far during my university career, because it is not just memorization of concepts, but above all application and research of everything you study”.

The innovative, creative solutions that emerged were triggered by the participants’ growing interest; in fact, they argued:

-
“In the final stage, a bit like a chess player, I tried to see the problem from different points of view to identify aspects connected to the “Monti Dauni system”, that could in some way help to explain more clearly the reality of the place from angles that are possibly unusual but potentially useful to find a way to fulfill the inhabitants’ needs”.

Based on the results obtained by all of the students (outputs capable of highlighting multiple competences and skills learned, such as the critical application of concepts and theories to a real case, the ability to elaborate a professional result in which the research method, objectives and various aspects were clear and accurate etc.) from their assessments, the course can be considered globally to have had a positive outcome; the main critical issue that emerged was the lack of time available. Based on what emerged from the self-assessment phase, the third level of critical application in the subject was fully achieved, as stated below:

-
“The course provided me with basic and advanced skills for territorial analysis and the production of GIS cartography, with GIS application functions and techniques”.
-
“The course strengthened my ability to solve problems, through the formulation of solutions and scenarios supported by GIS. It was an experience that certainly challenged the critical aspect of each of us, contextualizing the various approaches. This I can evaluate only in a positive sense, because I really appreciated the fact of leaving space for different individual thought processes”.
-
“Very interesting and stimulating, because it allowed me to travel with my mind around the places in the Monti Dauni and other inner critical areas of some regions in Italy to which I am particularly attached, which are in very similar situations. It was enlightening because it gave me a “systemic” point of view for the analysis of a territory”.

The formulation and original reworking of the data and maps produced not only completed the initial context analysis developed programmatically but later prompted the students to find creative solutions and propose concrete interventions to implement in the territories. The interventions proposed ranged from specific, concrete aspects (accessibility; training; the emergence of new ways of enhancing and using local resources; new forms of tourism, such as hospitality in exchange for work; a census of public buildings to be redeveloped and allocated to the sectors of education, training and tourism), through to the construction of more complex, innovative tools (Think-tanks; Web-GIS that try to solve the main critical issues of the area, which are therefore specifically dedicated to integrating the resources and actors in the territory, especially economic operators, institutions and citizens, as users and at the same time producers of data and information). The final reports were also assessed positively by the key actors invited to speak to the students, as a way to share expert knowledge and strengthen the students’ sense of belonging, making them feel part of the strategy underway in the Apulia area as active protagonists, and not simply as passive users. In other words, we progressed from mere information transmission and description of the context to the development of student empowerment. This way of working with the focus on understanding and using specific tools in a conscious manner in situations involving personal decision-making produced, among other things, conscious shared actions aimed at the greater sustainability of territorial development practices. Furthermore, this required a greater awareness of values, their internalization and their combination with other components, cognitive and otherwise.

I wish to thank the reviewers for their valuable comments on the development of this study. 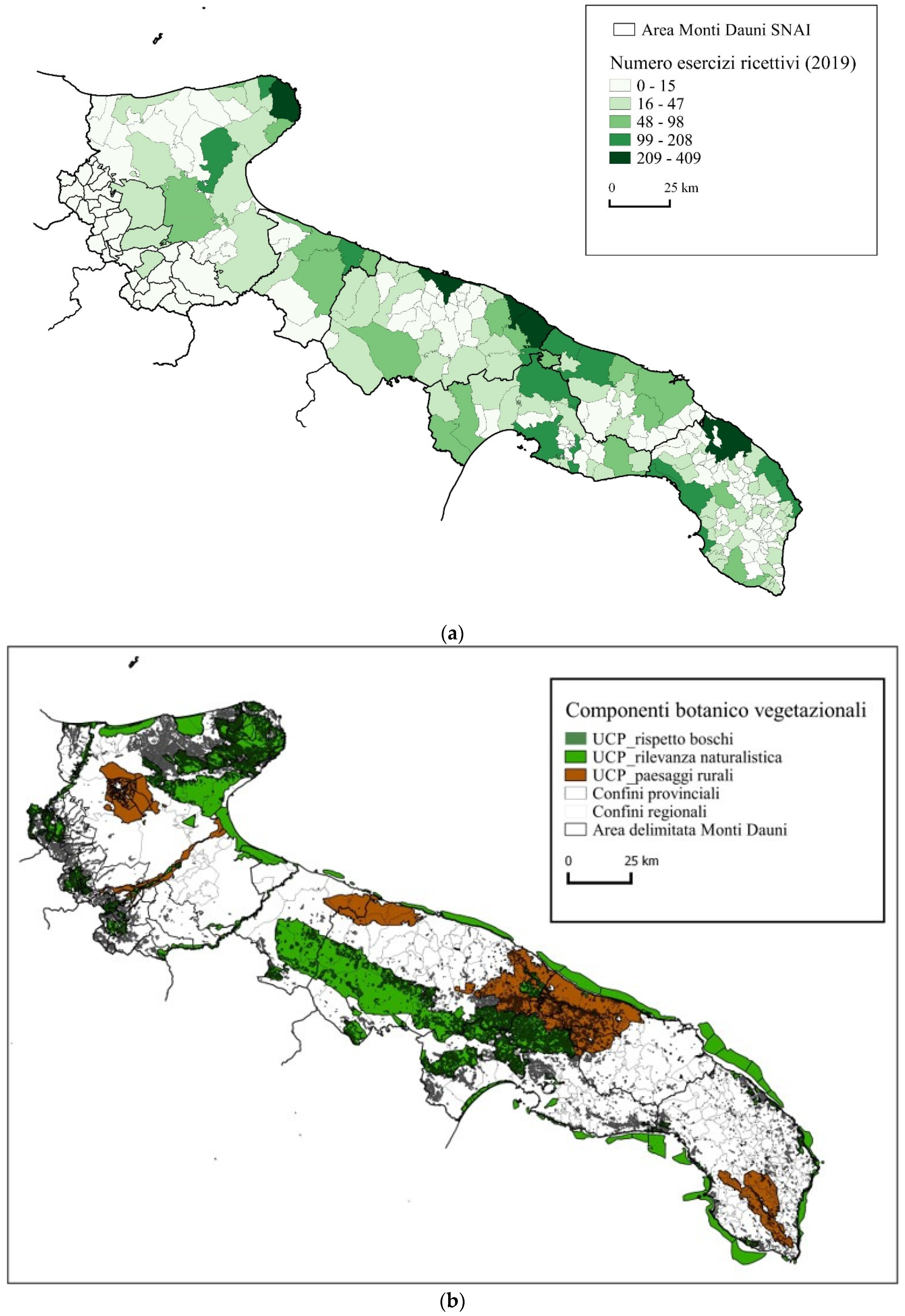