On the Potential of Preprints in Geochemistry: The Good, the Bad, and the Ugly

-
rapid sharing of research results, particularly during outbreaks (e.g., COVID-19), where there remains a clear role for the wider geoscience community [10];
-
visibility and accessibility (i.e., not placed behind a paywall);
-
sharing diverse types of outputs such as data, research code, or methods;
-
extra feedback and peer-review;
-
small or even non-existent costs for authors;
-
assignment of a digital object identifier (DOI) so that the paper is known and stored in the digital world;
-
the possibility of setting research precedents (preventing scooping);
-
work can be reported on internationally and then be improved (i.e., overall quality, integrity, and reproducibility of research outputs) and released later;
-
incentivizes collaboration;
-
authors retain full copyright to their article.

However, the preprint model still has some possible drawbacks. For example, the increased dissemination effect has the potential to be used to promote non-reproducible scholarship or fake news and adds an extra potential burden on journalists reporting on new research [11], as well as preprint platform moderators. According to Altmetric, the most-shared research article ever at the time of writing is a bioRxiv preprint about the COVID-19 virus [12]. This article has since been withdrawn due to flaws in the research. However, retractions are common even in peer-reviewed scholarly journals, so this is not necessarily a trait exclusive to preprints; in fact, preprints actually tend to make the process of correcting the scholarly record far simpler. The preprint model also increases the scientific community’s responsibility by not legitimizing preprint publications that lack scientific rigour. Thus, the burden is on researchers, and indeed everyone, to think critically about the research they read, share, and re-use, whether it has been peer-reviewed or not.
Despite this development, there is still some apparent resistance to preprints among geochemists and the wider geoscience community. One major hurdle is the question of their citation. Some researchers have argued that preprints are no different from other grey literature due to their preliminary existence. It is a direct consequence of our academic culture, where typically only work that has been explicitly peer-reviewed and published in a scholarly journal is usually cited. Another argument is that a preprint might bring confusion in citation when it has been published formally in a journal. Moreover, some authors report that manuscripts are rejected because similarity-check software shows high similarity between submitted and preprint versions. The extent of these issues remains poorly understood but should be clarified in journal policies and on preprint platforms. However, we believe that it is our duty as scholars, and readers in general, to think critically of anything that we are reading, irrespective of whether it has been peer-reviewed or not.

"It should be noted that reference 15 is a non-peer reviewed version. I suggest referring to a peer-reviewed publication from another source."
Reviewer #2

The sustainability of geoscience preprint systems is always questionable, as we can see through popular, not-for-profit, community-driven preprint servers (e.g., INA-Rxiv) that currently face closure because of financial troubles [13] or are moving towards other economic options (e.g., EarthArXiv). This highlights the issue with the sustainability of these services, which should perhaps not be an issue considering how much money is currently being spent on less-efficient and less-sustainable for-profit systems (i.e., in commercial publishing activities, around US$7,000,000 has been spent per year these last years) [9]. Governments and funders desperately need to reconsider their focus on where they allocate funds in decisions related to scholarly communication [14]. Learned societies might also have a role to play in supporting preprints more in the future. For example, the Geological Society of America and the Geological Society of London both indirectly support preprints but have not yet financially or formally supported any of the community-led initiatives around them. Part of the issue here is that there exists a general fear that preprints might threaten the sustainability of traditional journals, which geoscientific learned societies still derive a substantial portion of their revenue from.
In the Earth sciences, only a few articles are submitted as preprints every month [15,16], so we cannot really provide much insight into their specific use at the present. However, what about preprints in Geochemistry? As stated by Pourret et al. [17] and Pourret [18], the preprint model is unfortunately still perhaps little-known and is not routinely used by geochemists. A small overview of preprints available in geochemistry using the keywords “Earth science category and Geochemistry”, “Geochemistry and Petrology”, “Biogeochemistry and Cosmochemistry sub-categories”, and “Geochemistry category” (depending on servers) shows that less than 250 articles in total have used this model in the last three years (Table 1). This number is very low compared to the 9326 and 9196 articles published in the field of geochemistry in 2018 and 2019, respectively [9].
However, as stated by Pourret [18], a majority of the journals in geochemistry also have a green colour according to the SHERPA/RoMEO grading system, indicating that preprint (and the peer-reviewed postprint version) articles submitted to these journals can be freely shared on a preprint server, without compromising authors’ abilities to publish in parallel in those journals. Moreover, Pourret et al. [17] highlighted that the majority of journals in geochemistry allow authors to share preprints of their articles (47/56; 84%). Therefore, the relatively low uptake of preprint use in geochemistry is not because the opportunity is not there. It is more likely that a complex network of sociocultural factors is responsible for their low use, as is the case in other small research communities (e.g., a similar pattern is observed in palaeontology), even if open data sharing has been acknowledged by the community for more than 15 years [19]. The two main options for geochemists are EarthArXiv, a free preprint service for the Earth sciences initially powered by OSF Preprints, and ESSOAr, developed in a joint initiative by the American Geophysical Union with financial support from Wiley. Moreover, geochemists who have published in the many journals of the European Geosciences Union have already become accustomed to such openness and are posting their work prior to peer-review as a discussion on the Copernicus platform [20].
Attempts to close this gap between the inherent benefits of preprints and their relatively low uptake by research communities have concentrated primarily on making preprints more citable, for instance by having improved metadata, permanent identifiers (DOIs), and even the look and feel of a conventional and historical journal article (e.g., Preprints.org). There are good preprints and bad preprints, just like there are with journal articles. Overall, do not be afraid to be scooped or plagiarized! Preprints also actually protect against scooping [21,22]. Preprints establish the priority of discovery as a formally published item. Therefore, a preprint acts as proof of provenance for research ideas, data, code, models, and results—all outputs and discoveries. The fact that most preprints come with a permanent identifier (e.g., DOI) also makes them easier to cite, index, and track, and articles that are published as preprints appear to gain more citations at a faster rate [23]. Although arXiv was established almost thirty years ago, we are only just at the start, and there is a long way to go still for preprints. The Earth sciences are extremely complex, with many subdisciplines like geochemistry, each with its own norms. It is reasonable that a “one size fits all” model for preprints would never work for the entire scientific community and that geochemists need to develop and sustain their own model. The community should really be developing this, along with new standards for linking their datasets in the spirit of the FAIR (Findable, Accessible, Interoperable, Reusable) model [24], and the usage of open standards, licensing, and free and open source Software.
In the near future, given the increase in the use and profile of preprint servers and alternative publishing platforms, such as F1000 Research, it will be necessary to identify how many relevant platforms exist, to describe their scientific scope (i.e., covered disciplines), and, similar to the way that researchers evaluate the aims and scope of journals, to compare their characteristics and policies. In the vast usage of public software sharing platforms (e.g., Github, http://github.com and Gitlab, http://gitlab.com), there is also strong encouragement to make code re-usable, shareable, and citable, via DOI or other persistent link systems. For example, GitHub projects can be connected with Zenodo for indexing, archiving, and making them easier to cite alongside the principles of software citation [25]. This all comes as part of a wider global shift towards more open research practices, and the geochemistry community needs to make sure it is engaging widely with these, as well as connected issues like research integrity and reproducibility, if it is to maintain its relevance in the modern research age.

In Memory of Jonathan P. Tennant

You opened so much for so many. It is your time to have your way opened. Take some rest Jon. You were too young to die; we will miss you and this article will miss your “special social media blast” as you liked to say.

The authors would like to thank David W. Hedding for useful comments on the preprint version of this contribution. 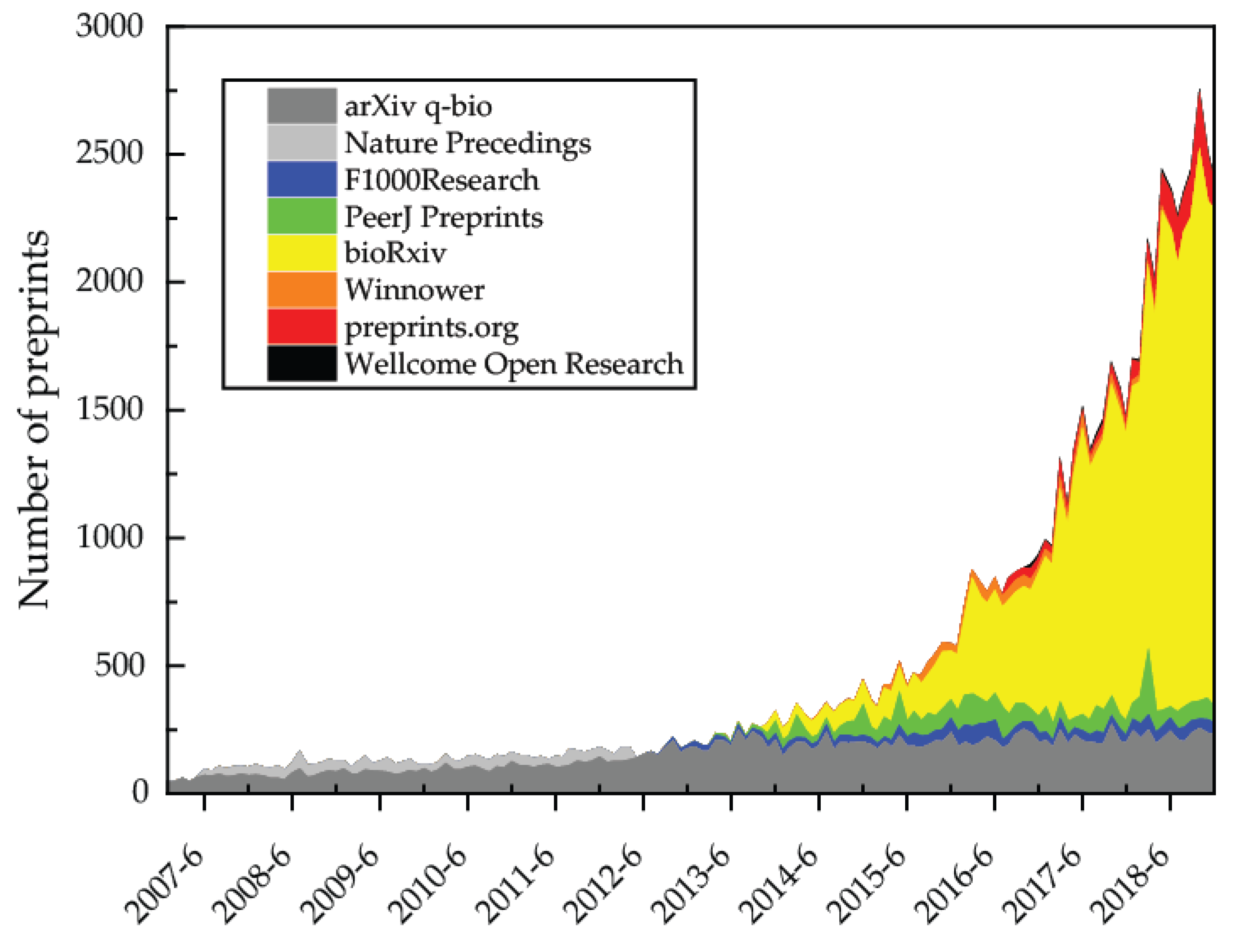