Evaluation of Flood Risk Management in Japan through a Recent Case

Major disasters cause loss of life and serious disturbance to livelihoods. Integrative and innovative risk management is needed to reduce the impacts of such a disturbance. To pursue this, a better understanding of the current level of disaster risk management is indispensible. Following this line of thinking, the present work was intended to evaluate the various aspects of flood risk management in Japan using a recent case of major flooding that occurred last autumn as a result of a major storm. The focus was on the vulnerability assessment for the disaster-stricken area using various kinds of information including topographic features, land use, flood warning system, evacuation behavior, levee structure, insurance system and government support for recovery. Such an integrative assessment shed new light on vulnerability-generating mechanisms. In particular, it found that the disaster-stricken area has a high level of coping capacity related to flood disasters. However, the high level of coping capacity hinders the reduction of susceptibility to the impacts of flooding. Based on this finding, a new, simple but operational vulnerability management framework was proposed, which may help decision-makers prioritize actions for vulnerability reduction.
Keywords: flood; vulnerability; susceptibility; coping capacity; Chikuma River flood; vulnerability; susceptibility; coping capacity; Chikuma River

Nagano City is located in the Nagano Basin, in the central region of Japan, and surrounded by mountains. Chikuma River, the longest and widest river in Japan, flows through the city, and the Sai River and Asakawa River join the Chikuma River in the city. Figure 2 shows the watershed of the Chikuma River. It is elongated from north to south and flows through three prefectures: Nagano, Gunma and Niigata. As the waterway runs into Niigata Prefecture, it is renamed as Shinano River and finally flows into the Japan Sea. The area of the basin is 11,900 km2, and the population in the basin reaches about 2.9 million. Annual precipitation in the basin is about 900 mm upstream, 2300 mm in the middle stream and about 1800 mm downstream, respectively. The design flood at the Kuiseke gauging station is 4000 m3 s−1 and increases to 7500 m3 s−1 after the Sai River joins the Chikuma River. The mean annual discharge at the Kuiseke gauging station is 1.8 × 108 m3 for the period from 1993 to 1998, accounting for 11% of the mean annual discharge at the river mouth.
The total area of the city is 834.81 km2, having a population of 370,632 and consisting of 160,625 households. It was one of the hardest hit areas in the disaster caused by Typhoon No. 19.
During the early morning of 13 October 2019, Typhoon No. 19 brought heavy rainfall to the city. The daily precipitation was as high as 132 mm, exceeding the historical record. The heavy rainfall caused a levee breach on the left bank of the Chikuma River in the Nagano City, allowing floodwaters to inundate residential areas, crop lands and business facilities. More than 360 residents in the Naganuma district, which is next to the breaching site, of whom around 200 were in a special nursing care home, were stranded by flood waters and rescued by the Ground Self-Defense Force via helicopter. Two residents of the district lost their life in this disaster. 448 ha of crop lands were flooded, resulting in a 974,000,000 JPY (approximately 9 million USD) loss. In addition, ten rows of bullet trains parked in the East Japan Railway Co.’s railyard, located in the northeastern part of the district, were inundated by muddy water, with the consequence that all flooded trains had to be disposed of.

Disasters are singular large-scale events that result in serious disruptions of the function of a community or society, with human and economic or environmental losses. Those losses may exceed the community’s or society’s ability to absorb or cope with them, causing long-lasting impacts. Conceptually, disasters can be defined as the product of hazards and vulnerability [23].
This structure can be interpreted as the interplay of an external force and an internal force, and the internal force can be described by the concept of vulnerability (although a general and unanimous definition of vulnerability remains non-existent). This study, following the works of Turner et al. [24], Balica et al. [25] and Adger [26], adopts a definition of vulnerability which can be mathematically expressed as follows: where exposure is defined as the degree, duration and extent to which a system is in contact with, or subject to, perturbation. Susceptibility refers to the factors and attributes that make a community or society more or less likely to be negatively affected by perturbation. Coping capacity is defined as the ability to cope with, or absorb and adapt to, hazard impacts. It is the product of planned preparation before a disaster, emergency response during the disaster and post-disaster reconstruction.
This study evaluates flood risk management in Japan through the lens of vulnerability assessment for the Naganuma district. Four field surveys were conducted between November 2019 and January 2020. Unlike conventional qualitative studies, the methodology we employed for this study was to combine social and engineering information, document analysis and a field survey, which made it a hybrid type of research. For the engineering part, we investigated the geometric shape of the levee, the vegetation on the levee, the levee’s construction history and the design standard at the breaching site. We also conducted field work to investigate flood marks on residential houses, collected land surface elevation and land use data in the disaster-stricken area from Advanced Land Observing Satellite (ALOS) Research and Application Project, Japan Aerospace Exploration Agency [27], and received evacuation shelters locations from the Nagano City. The spatial resolutions for land surface elevation and land use were 30 m and 10 m, respectively. Furthermore, in order to find out what measures the business sector had taken for flood risk management, we surveyed the surrounding area of the JR railyard for bullet trains, which was inundated and suffered a major economic loss. Then, Geographic Information System (GIS) software ArcGIS Pro 2.3 was employed to map the surface elevation distribution, land use, building distribution and shelters in the affected district. The shelters were divided into those that actually functioned and those that malfunctioned. For the social part, governmental and historical documents were analyzed to look into the history of the district’s development and to examine the government support system for community recovery. A particular attention was given to the assessment of agricultural practices in the region in relation to disaster insurance systems in Japan. In addition, we conducted a questionnaire survey with a focus on evacuation behavior and emergency information communication to non-Japanese residents. Since many residents in the disaster-stricken area had not returned to their homes at the time of the survey, random sampling was not feasible. Instead, a convenience sampling approach was employed, and 80 samples were obtained. Besides, we interviewed 11 local residents, chosen at random in a separate field work, about the insurance they had. Based on the aforementioned information, the vulnerability of the district to flooding was assessed qualitatively from three aspects: (1) exposure, (2) susceptibility and (3) coping capacity. Particular attention was given to the interplay of the three components in order to identify not just the district’s vulnerability to flooding but also the vulnerability-generating mechanisms. Finally, the intention was to propose a new framework for vulnerability management, which can be characterized as more operational than existent vulnerability frameworks. In short, the methodology can be characterized as information mining, cross-sectoral data analysis and the development of a conceptual model for better vulnerability management.

4. Discussion of a New Framework

By conducting a multifaceted analysis of a recent flooding disaster in Japan, new insights into vulnerability and its generating mechanisms were gained. Highlights of our findings are given below:

G.H. designed this study and conducted the field survey and data analysis together with J.F. J.F. conceptualized the new framework for vulnerability management. The manuscript was jointly prepared. All authors have read and agreed to the published version of the manuscript.

This research received no external funding and was supported by Sophia University, Japan.

This research was funded by Sophia University, Japan, Internal Grant, 2019. We would like to express our gratitude to the reviewers for their very constructive comments and professional advice, which greatly improved the quality of the manuscript. 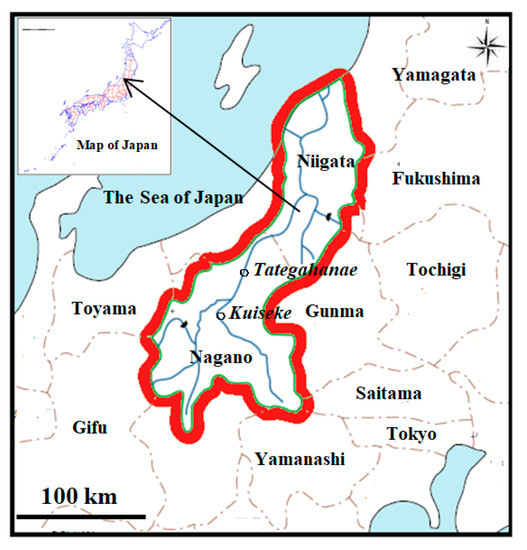 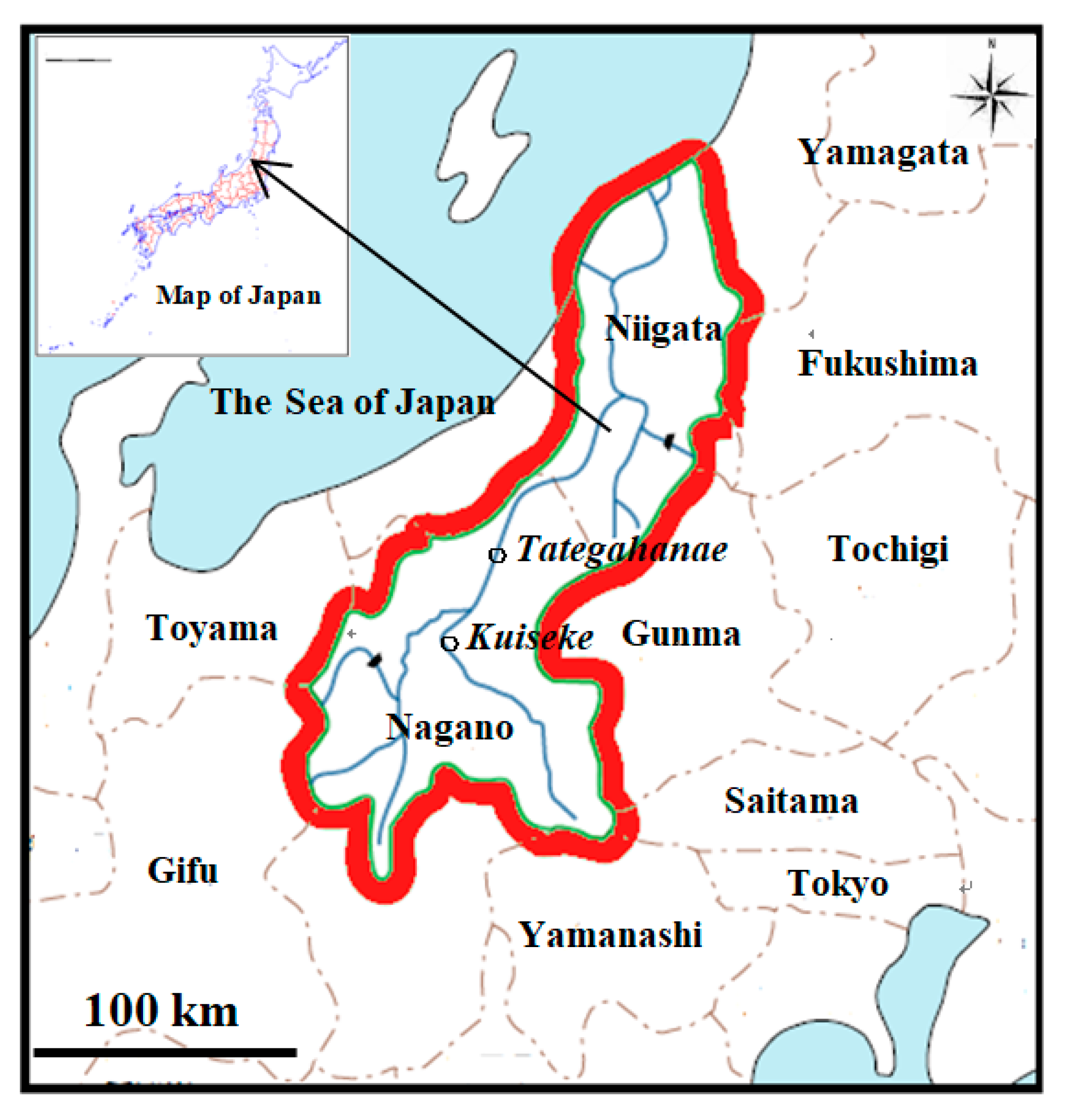 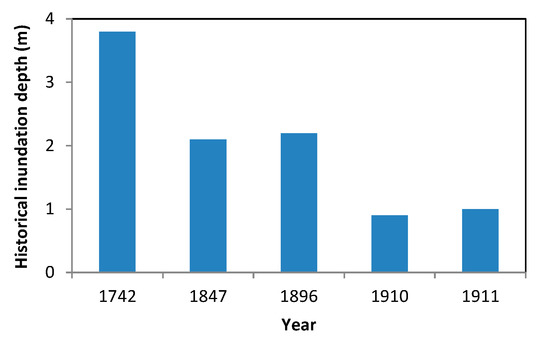 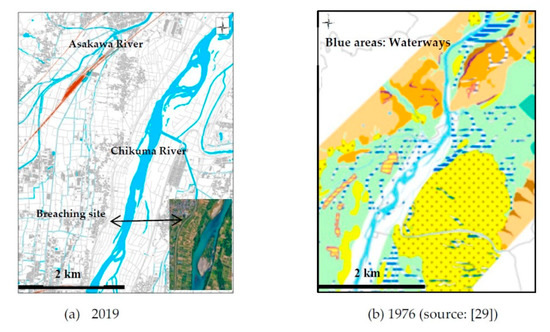 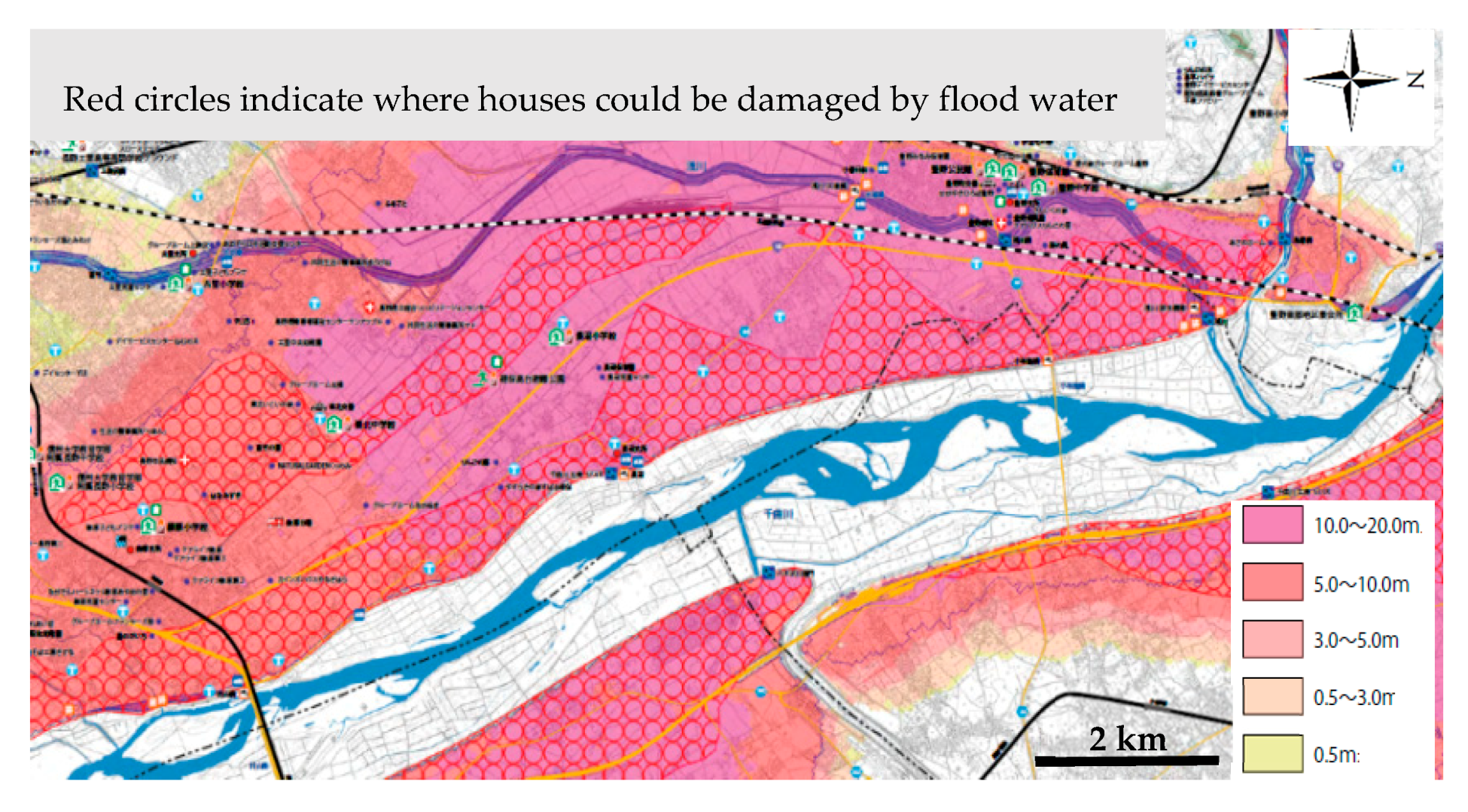 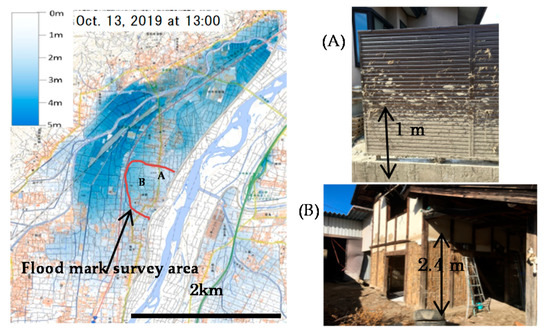 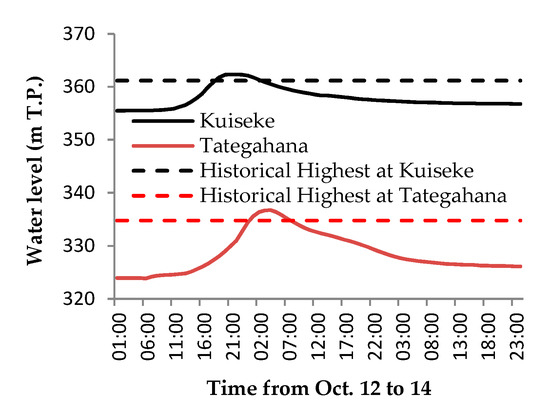 Table 1. Flood warning system of Japan.
Table 1. Flood warning system of Japan.
© 2020 by the authors. Licensee MDPI, Basel, Switzerland. This article is an open access article distributed under the terms and conditions of the Creative Commons Attribution (CC BY) license (http://creativecommons.org/licenses/by/4.0/).
We use cookies on our website to ensure you get the best experience. Read more about our cookies here.
Accept
We have just recently launched a new version of our website. Help us to further improve by taking part in this short 5 minute survey here. here.
Never show this again