This paper uses a system engineering approach based on the Failure Mode and Effect Analysis (FMEA) methodology to do risk analysis of the power conditioner of a Proton Exchange Membrane Fuel Cell (PEMFC). Critical components with high risk, common cause failures and effects are identified for the power conditioner system as one of the crucial parts of the PEMFCs used for backup power applications in the telecommunication industry. The results of this paper indicate that the highest risk corresponds to three failure modes including high leakage current due to the substrate interface of the metal oxide semiconductor field effect transistor (MOSFET), current and electrolytic evaporation of capacitor, and thereby short circuit, loss of gate control, and increased leakage current due to gate oxide of the MOSFET. The MOSFETs, capacitors, chokes, and transformers are critical components of the power stage, which should be carefully considered in the development of the design production and implementation stage. Finally, Bayesian networks (BNs) are used to identify the most critical failure causes in the MOSFET and capacitor as they are classified from the FMEA as key items based on their Risk Priority Numbers (RPNs). As a result of BNs analyses, high temperature and overvoltage are distinguished as the most crucial failure causes. Consequently, it is recommended for designers to pay more attention to the design of MOSFETs’ failure due to high leakage current owing to substrate interface, which is caused by high temperature. The results are emphasizing design improvement in the material in order to be more resistant from high temperature. View Full-Text
Keywords: bayesian network; failure mode and effect analysis; proton exchange membrane fuel cell; power conditioner; risk analysis bayesian network; failure mode and effect analysis; proton exchange membrane fuel cell; power conditioner; risk analysis
►▼ Show Figures 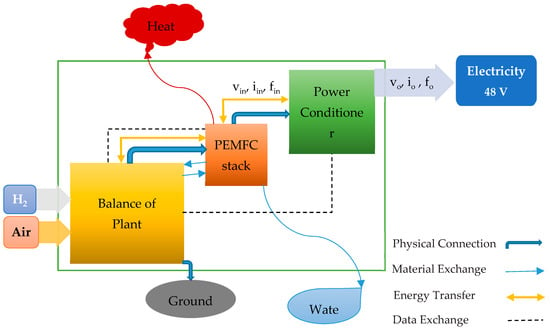