Assessment of Municipal Masterplans Aimed at Identifying and Fostering Green Infrastructure: A Study Concerning Three Towns of the Metropolitan Area of Cagliari, Italy
Next Article in Special Issue

Limitations of Rural Tourism as an Economic Diversification and Regional Development Instrument. The Case Study of the Region of La Vera
Previous Article in Journal

Access to Rural Credit Markets in Developing Countries, the Case of Vietnam: A Literature Review

Stepping Out of the Shadows: Legacy of the European Capitals of Culture, Guimarães 2012 and Košice 2013

The European Capitals of Culture (ECOC) is the most ambitious cultural, collaborative programme in Europe. Up until 2000, ECOC projects were hosted by several national capitals and principal cultural cities in Europe. In the second phase, the programme also began to discover second-tier and less well-known cities hidden in the shadow of the cultural capitals. This paper focuses on assessing different ECOC strategies (traditional versus radical) and the corresponding legacies of two medium-sized cities: Guimarães (ECOC in 2012, Portugal) and Košice (ECOC in 2013, Slovakia). Cultural heritage is identified by the capacity of culture to change development trajectory and to boost the economy of cities. The strategies and legacies of Guimarães and Košice have revealed themselves to be comparatively different, especially due to their differences with respect to UNESCO cultural heritage. While Guimarães partially succeeded in enhancing its position as a tourist attraction and the visibility of its historical cultural heritage, the industrial city of Košice is an example of more radical and dynamic culture-led form of development, overcoming the provincialism of the city. Most importantly, and due to the strengthening pride of the locals, both ECOC cities have stepped out of the shadow of stronger cultural capitals in their countries. This joint research offers the possibility of a first-hand comparison of traditional and radical approaches and an in-depth interpretation of their legacies after a period of five years, explaining the mechanisms of forming different legacies in two types of ECOC cities. The results can help future ECOC cities to set their strategies in relation to their desired cultural and economic development. View Full-Text
Keywords: European Capitals of Culture; mega-events impact; cultural legacy; second-tier cities; urban transformation European Capitals of Culture; mega-events impact; cultural legacy; second-tier cities; urban transformation
►▼ Show Figures 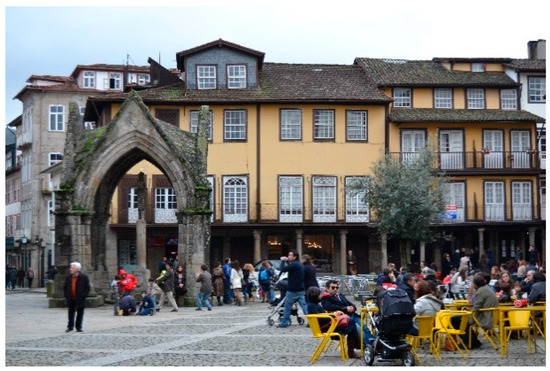