The Impact of Educational Investment on Sustainable Economic Growth in Guangdong, China: A Cointegration and Causality Analysis
Next Article in Special Issue

Self-Perceived Employability and Meaningful Work: The Mediating Role of Courage on Quality of Life
Previous Article in Special Issue

Internal Differentiation within the Rural Migrant Population from the Sustainable Urban Development Perspective: Evidence from China

About Intentions to Donate for Sustainable Rural Development: An Exploratory Study

Depopulation is an important issue in European Union regions. 44 European regions (NUTS 2 level) have a population density lower than 50 inhabitants per square kilometre, mainly in Mediterranean countries such as Spain, Portugal, France, Italy and Greece.
Besides depopulation, aging and abandoned traditional crops in Spanish rural areas have become a real problem in most of them. For example, the regions of Castilla-la-Mancha, Castilla y León, Extremadura and Aragón have a population density between 26–28 inhabitants per square kilometre. Furthermore, in Aragón about 25 per cent of total surface has a density below 5 inhabitants per square kilometre and the ageing index in these areas is above 150 per cent, reaching up to 300 per cent in some regions (ageing index was calculated as population over 65 years old divided by population under 15). Hence, the promotion of sustainable development in rural areas is one of the priorities of the Rural Development Programmes of the EU Common Agricultural Policy (CAP) for 2014–2020, meanly through LEADER programmes (a development method to engage local actors in the design and delivery of strategies, decision-making and resource allocation for the development of their rural areas). However, apart from these public policies, there are local private initiatives whose aims are to contribute to rural sustainability and development. Usually citizens promote these initiatives based on altruistic pro-rural behaviour and connected to natural resource endowments. People contribute to the financing of such efforts through various mechanisms. This is true of websites devoted to financing and implementing initiatives such as recovering local grape varieties, abandoned olive or almond trees; adopting free-range hens; building an olive mill; transforming saffron or adopting a forest, to name but a few of those recently carried out in Spain.
In this paper, we investigate the factors that affect the intention of citizens to finance projects for sustainable rural development in Spain by altruistic monetary donations. The study has used an extension of the Theory of Planned Behaviour (TPB) [1] considering individuals’ attitudes, subjective norms and perceived behavioural control, and including additional predictors: moral norms, past behaviour, knowledge and socio-economic characteristics of the individuals. The remainder of the paper is organised as follows: The TPB modelling is presented in Section 2. The material and methods are explained in Section 3, Section 4 shows the main results of the analysis and Section 5 and Section 6 are devoted to the discussion of the results and to drawing some conclusions.

2. The Theory of Planned Behaviour

Descriptive statistics including means, standard deviations and bivariate correlations among the extended TPB variables are presented in Table 2.
Table 2 shows low correlations between predictor variables, and we can assume that discriminant validity exists, as is needed to have confidence in the subsequent analysis. Assessed on 1–5 scales, means of PBC (4.38), attitude (3.92) and knowledge (2.42) reflect that individuals have a positive intention towards pro-rural giving. Descriptive_n (2.45), Moral_n (2.26) and Injunctive_n (2.14) show that individuals are influenced by any kind of norms, either social or personal.
The results of the HMR model are shown in Table 3 (panels a and b). As this table shows, the variable Descriptive_n and many background factors were not found statistically significant (living in rural areas, region of residence, gender, marital status, household size, household monthly per capita income, education) so they were dropped from the regression analysis. The constructs of attitude, injunctive norms and PBC were first entered into the model. Next, moral norms were included. In the next step, past behaviour followed by knowledge were considered. Finally, background variables such as employment condition and age were considered into the analysis. The intention to donate to sustainable rural development projects in Spain is positively related to the constructs of the standard TPB model (attitudes accounts for the 16.8% of the variance and injunctive norms and PBC, account for 2.3% each one). These constructs jointly explain 21.4% of the variance. The positive and statistically significant sign on the coefficients for these variables indicates that: (1) People believe altruism is useful for supporting rural development projects; (2) they have a social pressure to donate, but (3) the decision to donate altruistically depends on themselves. Regarding additional constructs of the model, moral norms increase the variance explained by 2.4%, while past behaviour and self-knowledge increase it by 5.3% and 6.2%, respectively. Finally, the two socio-demographic variables that have been statistically significant at 10% (employment condition and age) only increase the variance explained by 1.4%. With all significant variables in the equation, the ETPB model accounted for 36.8% of intentions to donate.

The aim of this paper has been to analyse the extent to which private money donations can contribute to the objectives set by the Rural Development Programmes of the EU Common Agricultural Policy (CAP) for 2014–2020. Under the CAP frame, public expenditures finance projects to maintain territorial balance.
On the other hand, sometimes private initiative contributes to this purpose by financing small projects. The frequency and quantity of donations vary among countries depending on their culture. Even in countries like Spain, where taxes are high and citizens rely on Government for these tasks, small projects often are underfunded publicly and are better financed by donations. This is the case of the type of pro-rural projects we have considered.
In order to promote the financing of this kind of project, the predictors of intention to donate have been elicited using the Extended Theory of Planned Behaviour model. To the best of our knowledge, this is the first time this theoretical model has been applied to pro-rural development projects.
We have concluded that attitude, crowdfunding knowledge as a tool to finance, past behaviour, followed distantly by moral norms, injunctive norms and past behavioural control help to explain the intention to donate to the projects studied in this work. Since those projects contribute to maintain territorial balance, the improvement of altruistic behaviour may complement public policy in financing the sustainability of rural areas. For this purpose, it would be necessary to carry out a pedagogical work to make known the crowdfunding and its usefulness for financing these kinds of projects.
Finally, this paper has limitations that have to be taken into account and constitute further research avenues on the topic. First, the size or our sample has to be enlarged and has to better represent the whole Spanish population. In order to obtain a better understanding of the underlying reasons to donate to sustainable pro-rural projects, a qualitative analysis of the motivations of this population behind their decisions is needed.

This research was funded by “Private, social and environmental profitability of traditional low-yielding olive groves in Teruel (Spain)” (Project R+D PLATEA FITE 2016-A.13) and the regional Government of Aragon (Research Group “Economía Agroalimentaria y de los Recursos Naturales) who financed the publication of the paper.

The authors thank Tiziana de Magistris for their assistance in preparing the questionnaire used in the survey.

The authors declare no conflict of interest. Those funding the study had no role in its design, in the collection, analyses or interpretation of data, in the writing of the manuscript or in the decision to publish the results. 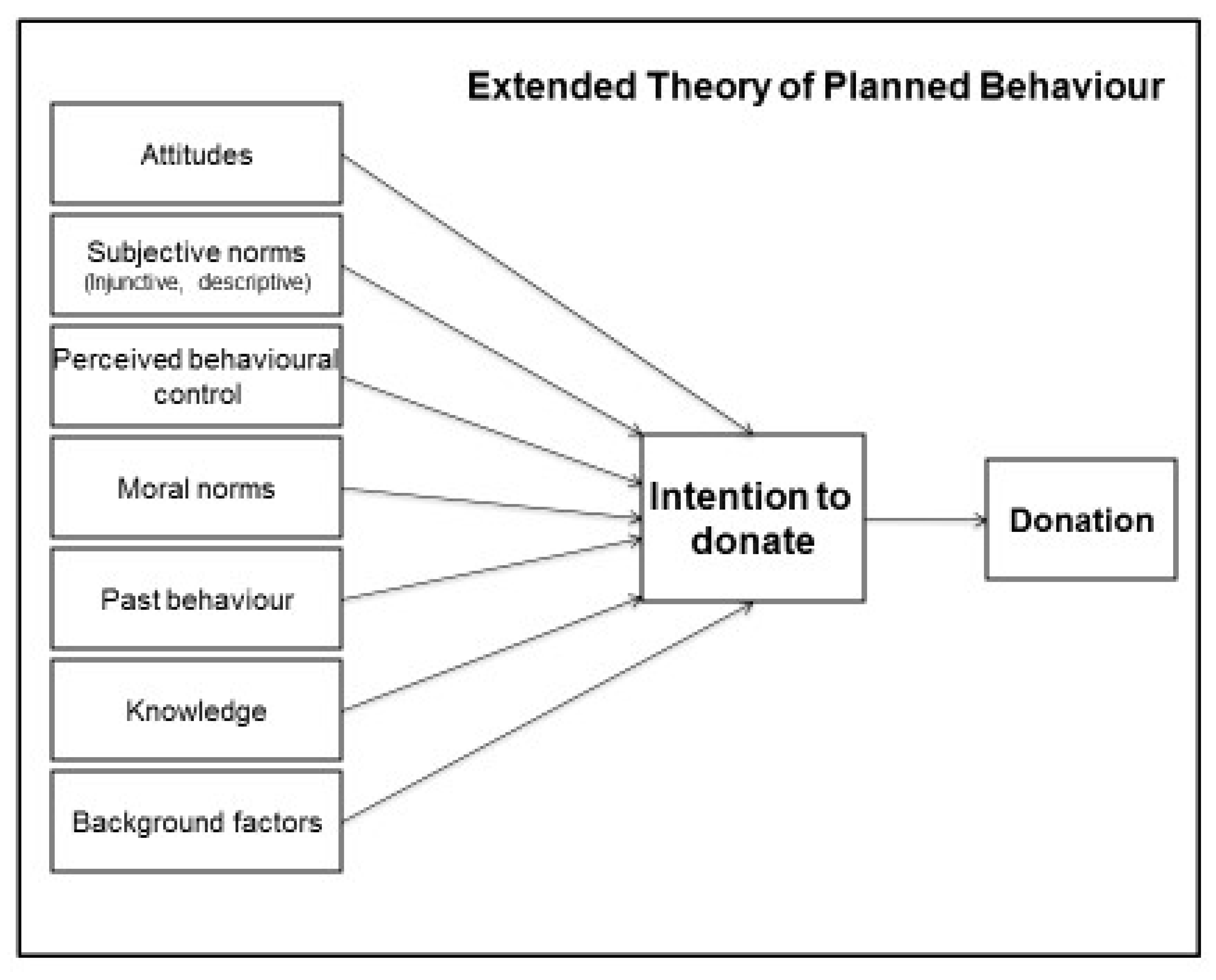 Table 4. TPB in charitable giving model comparison.
Table 4. TPB in charitable giving model comparison.
***, ** and * denote statistical significance at 1%, 5%, 10% level of significance, respectively.
© 2019 by the authors. Licensee MDPI, Basel, Switzerland. This article is an open access article distributed under the terms and conditions of the Creative Commons Attribution (CC BY) license (http://creativecommons.org/licenses/by/4.0/).
We use cookies on our website to ensure you get the best experience. Read more about our cookies here.
Accept
We have just recently launched a new version of our website. Help us to further improve by taking part in this short 5 minute survey here. here.
Never show this again