Agglomeration Economies in Small Cities and Business: The Impact of the Great Recession in Aragón (Spain)
Previous Article in Journal

The importance of green areas for the well-being of city dwellers, upgrading their living conditions and health, has been discussed in a great number of publications. Relatively few studies have been devoted to urban natural protected areas. These areas are distinct due to the very often conflicting goals of their establishment and the social functions that they perform. Legal regulations concerning the establishment and management of these areas in force in Poland do not take into account the conditions mentioned above. Therefore, it seems justified to change the regulations and to establish a separate form of nature protection, particularly in the case of the nature reserves, as these most often appear in Polish cities and have the highest protection status. In order to support or refute this stipulation, the urban nature reserve (UNR) visitors were questioned (through a survey available online for six months in 2018). Eight-hundred and sixty-nine respondents took part in the survey. It revealed that most of the respondents perceived nature reserves located in cities as recreational areas; however, they were also aware of their multifunctional character. Such results support the conclusion that in order to effectively manage this type of area in cities, a concept of distinctive urban conservation areas should be developed. View Full-Text
Keywords: urban protected areas; nature-based recreation; nature reserves values; attitude to protected areas urban protected areas; nature-based recreation; nature reserves values; attitude to protected areas
►▼ Show Figures 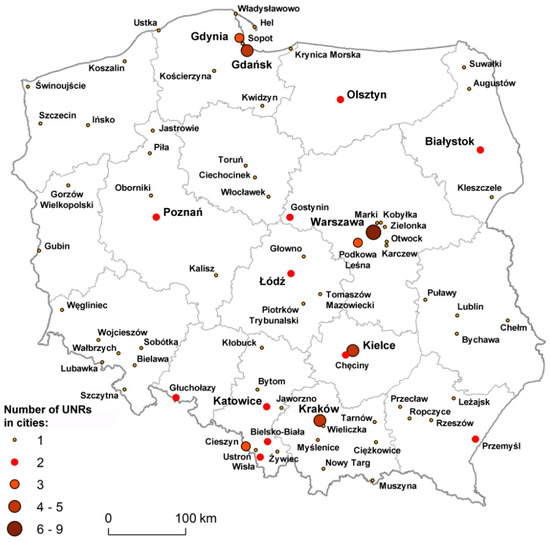