Geometrical and Functional Criteria as a Methodological Approach to Implement a New Cycle Path in an Existing Urban Road Network: A Case Study in Rome
Next Article in Special Issue

Understanding the Past to Envision a Sustainable Future: A Social–Ecological History of the Barranquilla Metropolitan Area (Colombia)

In the last decade, probably in response to global changes and the environmental crisis, the use of the term “social-ecological system” (SES) in scientific literature has grown. This is certainly a sign that the need and importance of transdisciplinary research has been recognized. Here, we explore whether the use of the term is a buzzword or, rather, actually represents a key concept in the integration of social and ecological research. We compiled a database of publications (N = 1289) that mentioned SES in the title, keywords and abstract. Subsequently, we analyzed the authors’ affiliations, type of work (conceptual, empirical or review), study site, prevailing human use, temporal and spatial scales of the analysis, kind of variables analyzed (socioeconomic or biophysical), and the method/s used to integrate them. We detected four time spans in the use of the term (1975–1997, 1998–2006, 2007–2012, 2013–2016). Our results suggest that SES is a widely invoked concept in the study of the interface between social and ecological systems. Most works show some common elements, such as the analysis of resilience, ecosystem services, sustainability, governance and adaptive management. However, the majority of studies do not study SES as a whole, integrating both social and ecological variables and their feedback loops. We consider SES as a concept still in construction in order to build a necessary framework for the integration of social and ecological sciences. For a robust evolution, we recommend that one focus on: (i) A conscious, discussed and agreed effort of scientists to conduct the transdisciplinary research needed to study SES; and (ii) the development of methodological tools for the true integration of social and ecological data. View Full-Text
Keywords: adaptation; complex adaptative systems; ecosystem services; governance; resilience; sustainability; transdisciplinary adaptation; complex adaptative systems; ecosystem services; governance; resilience; sustainability; transdisciplinary
►▼ Show Figures 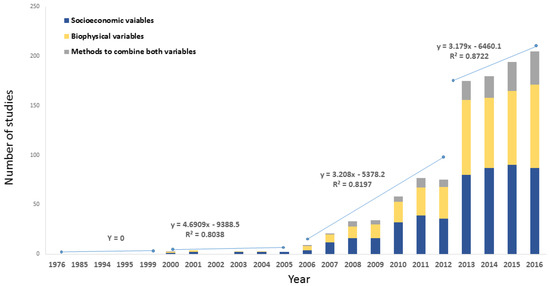