An Overview of the Romanian Asylum Policies
Previous Article in Journal

In this paper, the evolutionary algorithm for the optimization of Forex market trading strategies is proposed. The introduction to issues related to the financial markets and the evolutionary algorithms precedes the main part of the paper, in which the proposed trading system is presented. The system uses the evolutionary algorithm for optimization of a parameterized greedy strategy, which is then used as an investment strategy on the Forex market. In the proposed system, a model of the Forex market was developed, including all elements that are necessary for simulating realistic trading processes. The proposed evolutionary algorithm contains several novel mechanisms that were introduced to optimize the greedy strategy. The most important of the proposed techniques are the mechanisms for maintaining the population diversity, a mechanism for protecting the best individuals in the population, the mechanisms preventing the excessive growth of the population, the mechanisms of the initialization of the population after moving the time window and a mechanism of choosing the best strategies used for trading. The experiments, conducted with the use of real-world Forex market data, were aimed at testing the quality of the results obtained using the proposed algorithm and comparing them with the results obtained by the buy-and-hold strategy. By comparing our results with the results of the buy-and-hold strategy, we attempted to verify the validity of the efficient market hypothesis. The credibility of the hypothesis would have more general implications for many different areas of our lives, including future sustainable development policies. View Full-Text
Keywords: evolutionary algorithms; Forex market; stock market; efficient market hypothesis; sustainable development; optimization; trading strategies; forecasting; prediction evolutionary algorithms; Forex market; stock market; efficient market hypothesis; sustainable development; optimization; trading strategies; forecasting; prediction
►▼ Show Figures 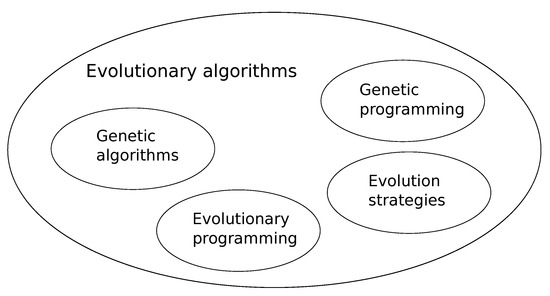