German Winegrowers’ Motives and Barriers to Convert to Organic Farming

Agriculture plays a crucial role in meeting the Sustainable Development Goals, with organic farming being one important potential contributor to environmental, economic, and social sustainability. Despite a national goal of 20% organic agriculture, currently only 6.2% of Germany’s farmland is organic, and conversion rates are slowing down. However, one bright spot is organic viticulture in Germany, which has four times higher conversion rates, but literature on organic viticulture in Germany is scarce and it is unknown what factors contribute to its relative success. We used the largest wine regions in Germany, Pfalz and Rheinhessen, as a case study to investigate winegrowers’ motives and barriers to convert to organic farming in practice. We compared our interview results with literature from throughout the European Union, analyzing the findings using the five capitals framework to assess livelihood strategies. The results indicate that the motives for organic farming most often identified in the literature and interviews are a pro-organic ideology of the farmer (human capital) and supportive social networks (social capital). Barriers to convert to organic farming were skeptical attitudes toward social networks (social capital) and doubting the environmental benefits of organic winegrowing, especially the use of copper (natural capital). Additional barriers were a farmer’s ideology against organic farming (human capital), identified from the interviews, while the literature discussed financial risks, especially during the conversion periods (financial capital). In the particular case of organic wines in Pfalz and Rheinhessen, it was important to be able to tell a story around wines that stresses wine quality. We conclude that potential avenues to increase organic farming in Germany include addressing the use and environmental impacts of copper, addressing ideological barriers against organic farming, supporting the possibility to tell the story behind a wine, and increased financial support. View Full-Text
Keywords: five capitals framework; organic agriculture; sustainable development; viticulture five capitals framework; organic agriculture; sustainable development; viticulture
►▼ Show Figures 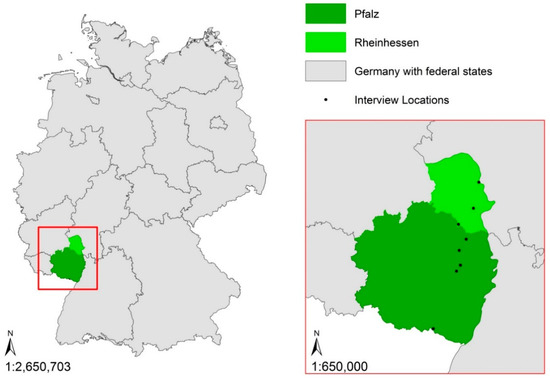