Apis mellifera filamentous virus (AmFV) is a large double stranded DNA virus of honey bees, but its relationship with other parasites and prevalence are poorly known. We analyzed individual honey bees from three colonies at different times post emergence in order to monitor the dynamics of the AmFV gut colonization under natural conditions. Prevalence and loads of microsporidia and trypanosomes were also recorded, as well as five common honey bee RNA viruses. The results show that a high proportion of bees get infected with AmFV during the first week post-emergence (75%) and that AmFV DNA levels remained constant. A similar pattern was observed for microsporidia while trypanosomes seem to require more time to colonize the gut. No significant associations between these three infections were found, but significant positive correlations were observed between AmFV and RNA viruses. In parallel, the prevalence of AmFV in France and Sweden was assessed from pooled honey bee workers. The data indicate that AmFV is almost ubiquitous, and does not seem to follow seasonal patterns, although higher viral loads were significantly detected in spring. A high prevalence of AmFV was also found in winter bees, without obvious impact on overwintering of the colonies. View Full-Text
Keywords: Apis mellifera; filamentous virus; microsporidia; trypanosome; RNA viruses Apis mellifera; filamentous virus; microsporidia; trypanosome; RNA viruses
►▼ Show Figures 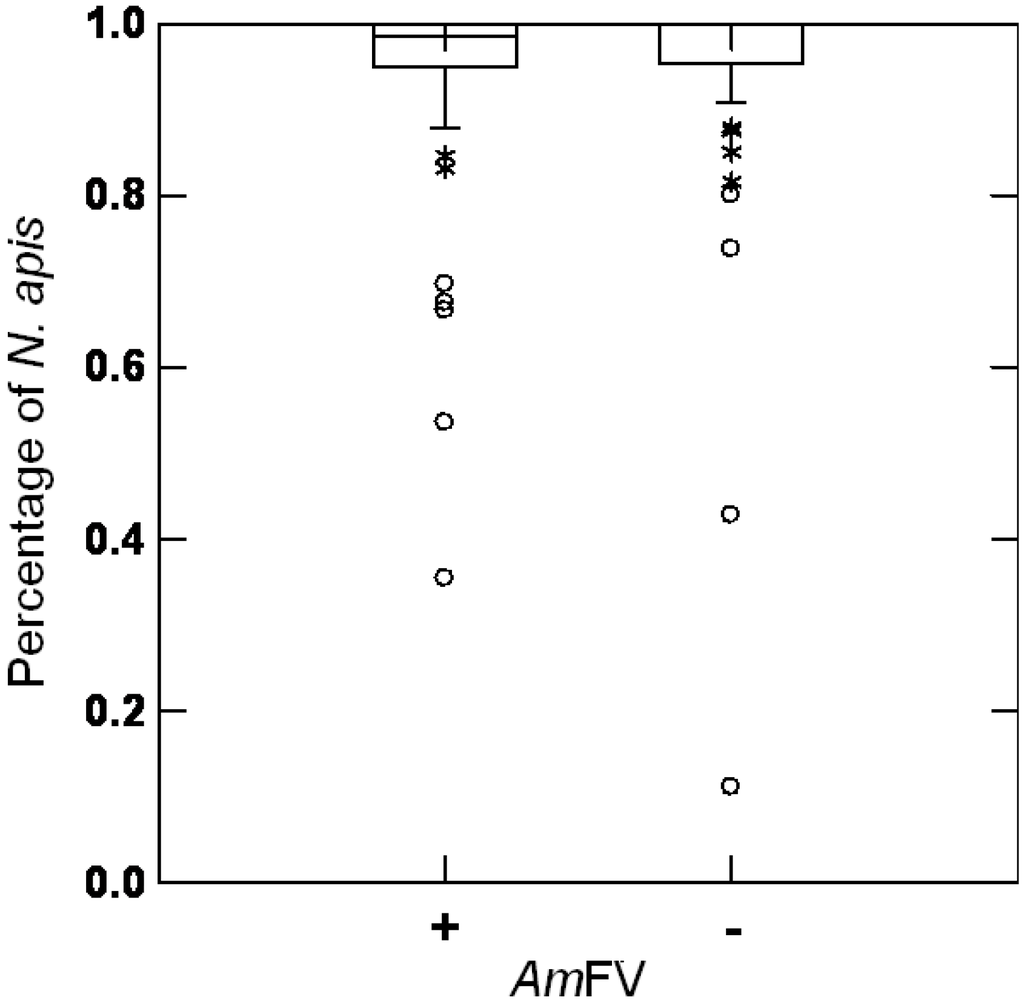