The A, B, Cs of Herpesvirus Capsids

Assembly of herpesvirus nucleocapsids shares significant similarities with the assembly of tailed dsDNA bacteriophages; however, important differences exist. A unique feature of herpesviruses is the presence of different mature capsid forms in the host cell nucleus during infection. These capsid forms, referred to as A-, B-, and C-capsids, represent empty capsids, scaffold containing capsids and viral DNA containing capsids, respectively. The C-capsids are the closest in form to those encapsidated into mature virions and are considered precursors to infectious virus. The evidence supporting A- and B-capsids as either abortive forms or assembly intermediates has been lacking. Interaction of specific capsid forms with viral tegument proteins has been proposed to be a mechanism for quality control at the point of nuclear egress of mature particles. Here, we will review the available literature on these capsid forms and present data to debate whether A- and B-capsids play an important or an extraneous role in the herpesvirus life cycle. View Full-Text
Keywords: CMV; HSV; envelopment; nucleocapsid; trafficking; assembly CMV; HSV; envelopment; nucleocapsid; trafficking; assembly
►▼ Show Figures 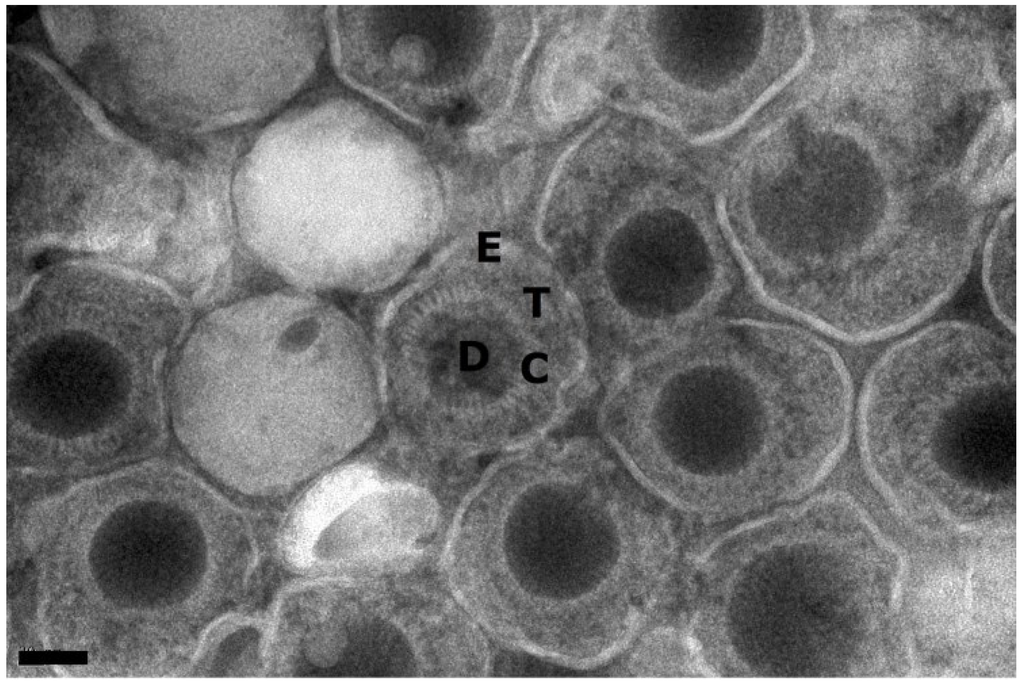