Viruses can persist in differentiated cells (i.e., macrophages) over long periods of time, altering host cells functions but not inducing their death. We had previously reported that, in early passages (14–40) of a murine macrophage-like cell line persistently infected with respiratory syncytial virus (RSV) (MfP), FcgR-mediated phagocytosis and expression of FcgRIIB/RIII on the cell membrane were increased with respect to mock-infected macrophages (MfN). In this work, we explored the mechanism underlying such effects. Increases in FcgR expression and FcgR-mediated phagocytosis are preserved after more than 87 passages of the persistently infected culture. We analyzed the expression of FcgR isoforms at both mRNA and protein levels, and found out that RSV persistence distinctly affects the expression of FcgR isoforms. We also observed that the increase in FcgRs expression results neither from soluble factors (cytokines) or viral products released by the infected cells, nor from an increase in the rate of FcgR internalization. Our results suggest that RSV persistence in macrophages induce intracellular effects that have an impact on FcgRs gene expression at both mRNA and protein levels, and that the characteristics of RSV persistence were preserved for over 87 passages. View Full-Text
Keywords: RSV persistence; macrophages; FcgRs expression RSV persistence; macrophages; FcgRs expression
►▼ Show Figures 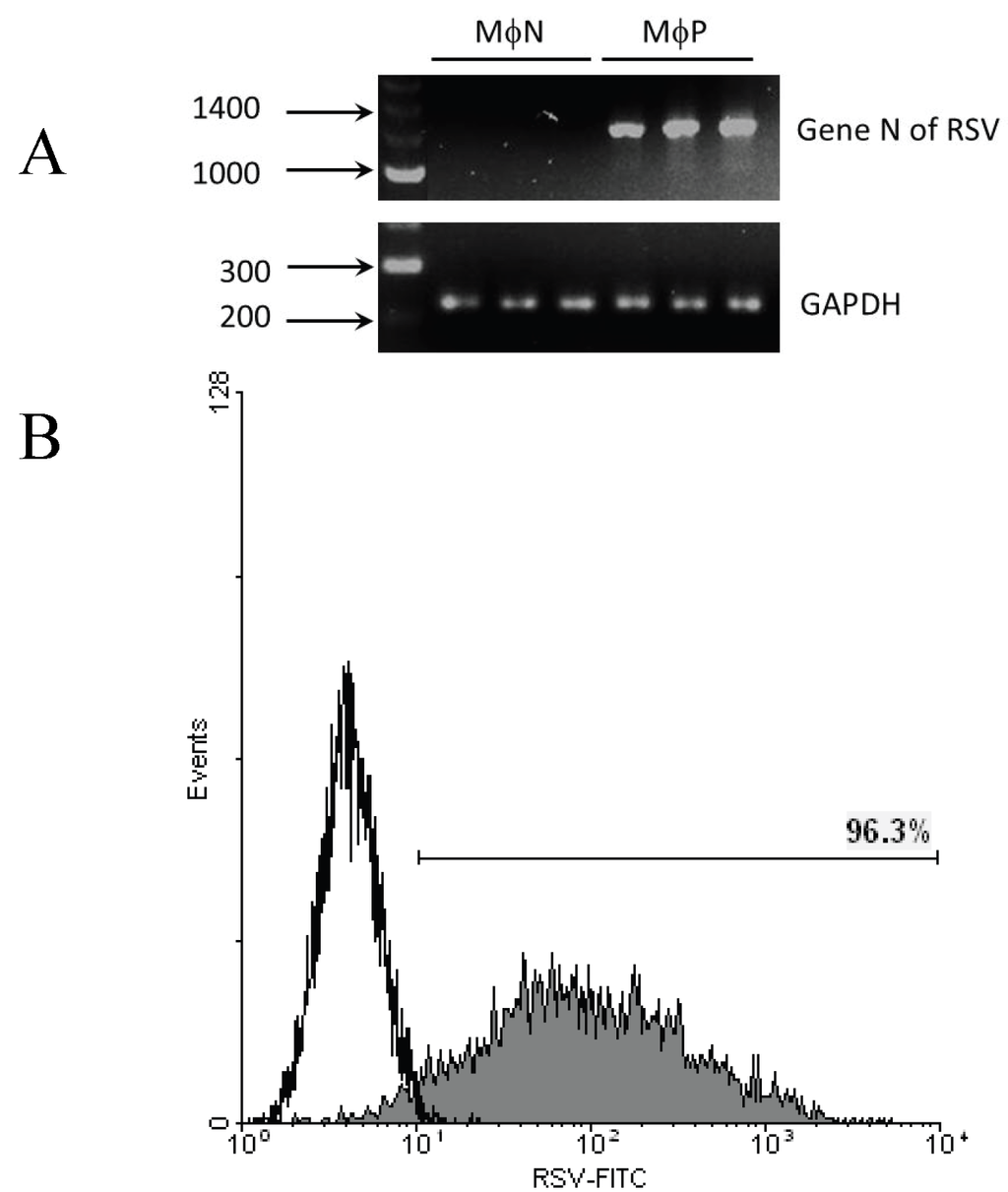