Genomic Sequencing and Biological Characteristics of a Novel Escherichia Coli Bacteriophage 9g, a Putative Representative of a New Siphoviridae Genus

Bacteriophage 9g was isolated from horse feces using Escherichia coli C600 as a host strain. Phage 9g has a slightly elongated capsid 62 × 76 nm in diameter and a non-contractile tail about 185 nm long. The complete genome sequence of this bacteriophage consists of 56,703 bp encoding 70 predicted open reading frames. The closest relative of phage 9g is phage PhiJL001 infecting marine alpha-proteobacterium associated with Ircinia strobilina sponge, sharing with phage 9g 51% of amino acid identity in the main capsid protein sequence. The DNA of 9g is resistant to most restriction endonucleases tested, indicating the presence of hypermodified bases. The gene cluster encoding a biosynthesis pathway similar to biosynthesis of the unusual nucleoside queuosine was detected in the phage 9g genome. The genomic map organization is somewhat similar to the typical temperate phage gene layout but no integrase gene was detected. Phage 9g efficiently forms stable associations with its host that continues to produce the phage over multiple passages, but the phage can be easily eliminated via viricide treatment indicating that no true lysogens are formed. Since the sequence, genomic organization and biological properties of bacteriophage 9g are clearly distinct from other known Enterobacteriaceae phages, we propose to consider it as the representative of a novel genus of the Siphoviridae family. View Full-Text
Keywords: eriophage genome; modified DNA base; pseudolysogeny; horse; feces eriophage genome; modified DNA base; pseudolysogeny; horse; feces
►▼ Show Figures 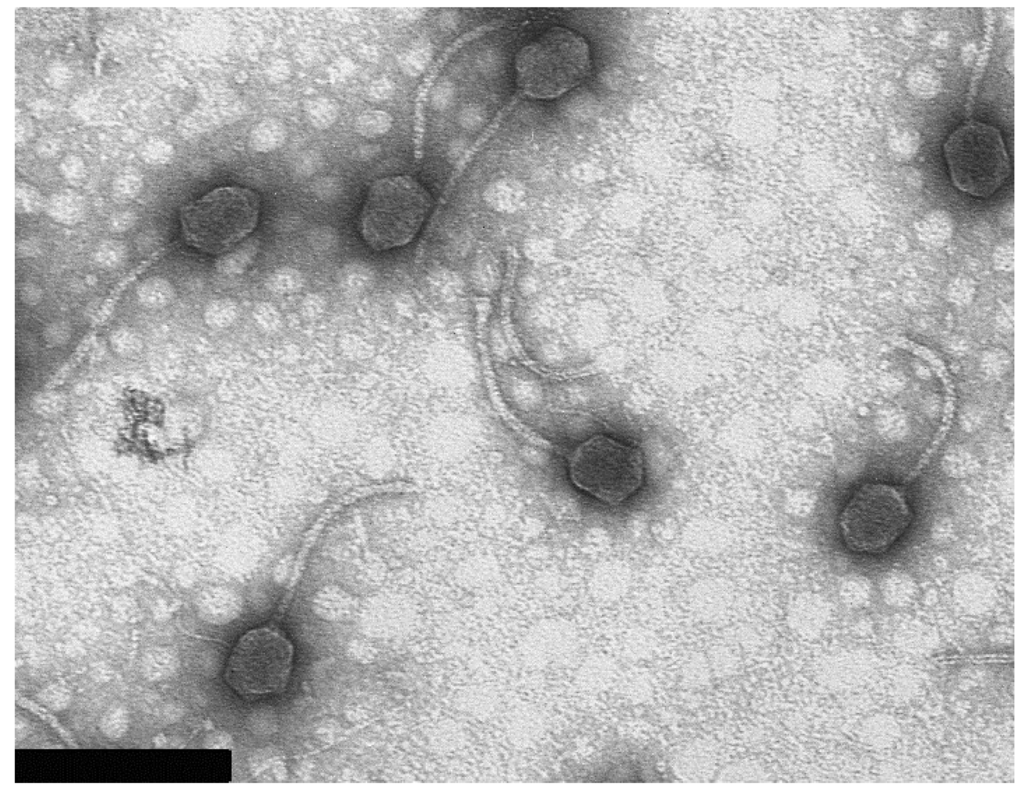